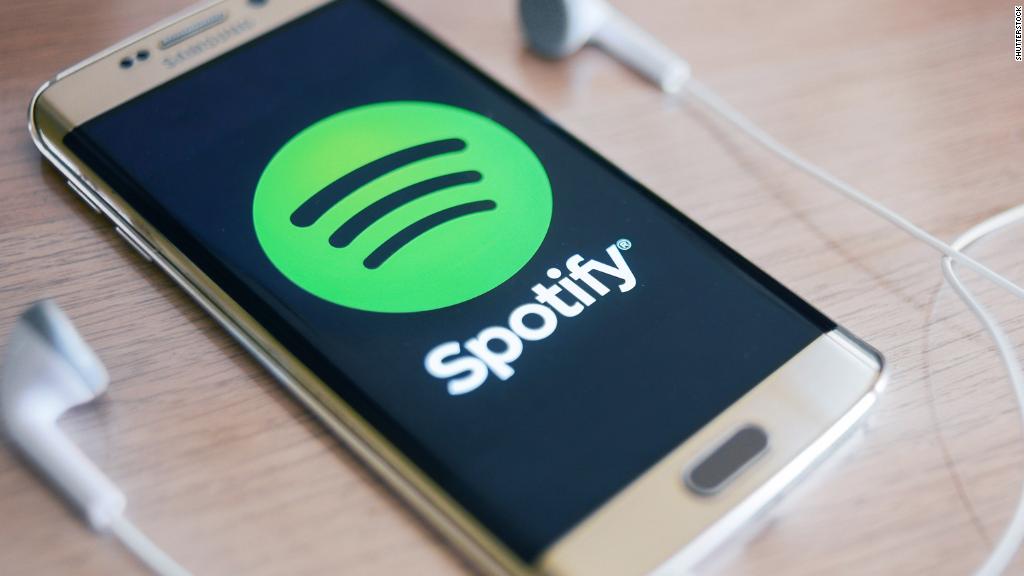 Spotify’s arrival on Wall Street is music to the ears of some of Asia’s biggest tech companies.

Tencent holds a 7.5% stake in Spotify (SPOT), according to a regulatory filing. After Spotify shares started trading Tuesday, that stake is now valued at about $2 billion.

Spotify opened at $165.90 a share on the New York Stock Exchange. The stock later fell, closing below $150 a share and giving the company a market value of nearly $30 billion.

Spotify and Tencent’s music subsidiary announced a share swap in December, taking minority stakes in each other ahead of expected stock market listings this year.

It also has a stranglehold on the streaming of mainstream Western music in China through exclusive deals with Sony Music, Universal Music Group and Warner Music Group. Under the arrangement, Tencent gets to decide which songs rivals can stream.

Tencent Music is reportedly preparing for an initial public offering later this year.

Spotify owns about 9% of Tencent Music, a stake valued at €910 million ($1.1 billion), according to a regulatory filing with the US Securities and Exchange Commission. That puts Tencent Music’s overall valuation at around €10.1 billion ($12.5 billion).

Like some other major recording labels, Sony Music owns a big chunk of Spotify. Its 5.7% stake is now worth around $1.5 billion.

The streaming music industry has given a boost to Sony’s music business, whose artists include Beyoncé, DJ Khaled and Justin Timberlake.

Sony Music has reported double-digit revenue growth for the past three quarters, citing an “increase in recorded music sales due to an increase in digital streaming revenues.”