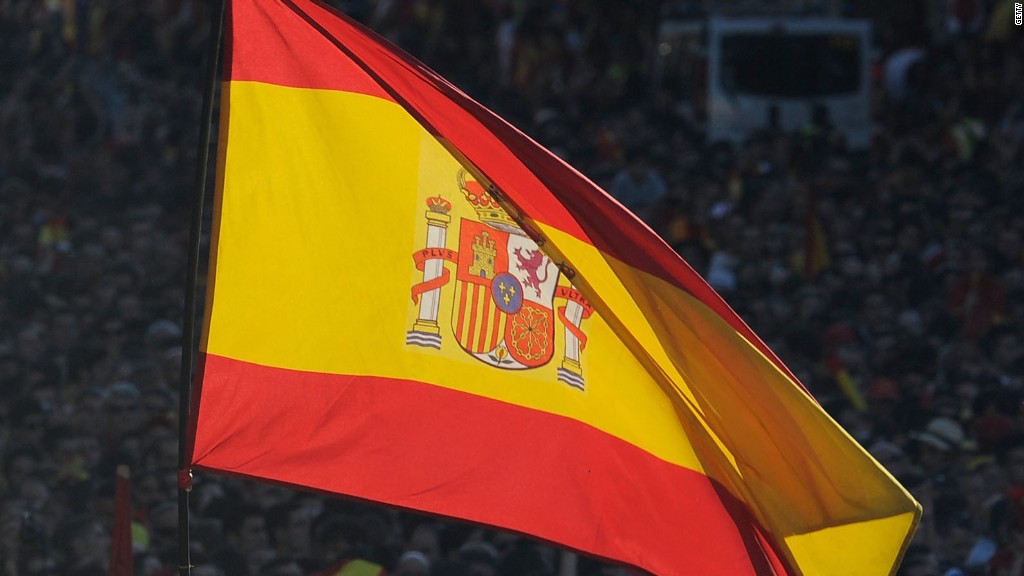 Would going it alone work for Catalonia?

The Spanish region is holding an independence referendum on Sunday with major economic implications for the country — and Europe.

The vote, which is fiercely opposed by Spain’s central government, comes as the country emerges from nearly a decade of economic trauma. Catalonia is its most economically productive region.

Richer on their own?

Catalonia accounts for nearly a fifth of Spain’s economy, and leads all regions in producing 25% of the country’s exports.

It contributes much more in taxes (21% of the country’s total) than it gets back from the government.

Independence supporters have seized on the imbalance, arguing that stopping transfers to Madrid would turn Catalonia’s budget deficit into a surplus.

Catalonia has a proven record of attracting investment, with nearly a third of all foreign companies in Spain choosing the regional capital of Barcelona as their base.

Volkswagen (VLKAY) and Nissan (NSANF), for example, both have plants near Barcelona.

But there are many unanswered questions — including continued membership in the European Union.

If Catalonia was forced to independently apply for EU membership, it would have to convince all of the bloc’s current members to agree — including Spain.

“We currently see no practical way for Catalonia to become an independent country within the EU, as most supporters of independence want,” economists at Berenberg Bank wrote in a research note.

Dropping out of bloc would likely raise the cost of exporting goods produced in Catalonia to EU members and other nations.

“It would join the small list of countries that are not World Trade Organization members, meaning it would face significant trade barriers,” said Stephen Brown, an economist at Capital Economics.

Barcelona: The jewel in Spain’s economy

Brown said the move would increase the price of imported goods in Catalonia and result in job losses.

Independence could also make it more expensive for the region’s government to borrow. Credit ratings agencies Moody’s and S&P both downgraded Catalonia’s debt rating in 2016.

The region could continue using the euro as its currency, but would not have a seat at the European Central Bank.

Spain’s highest court has banned the referendum, calling it unconstitutional. But the separatist regional government is pushing ahead with the vote.

A split would leave a hole in Spain’s finances and dramatically increase uncertainty.

If Catalonia declares independence unilaterally, it might also refuse to take on its share of the national debt.

“While there does not appear to have been any serious effect on the wider Spanish economy so far, it is likely that business and consumer confidence would deteriorate if Catalonia were to secede,” Brown said.

The buzzword for investors is uncertainty.

“As with Brexit, we believe that any Catalexit would plunge the region into a long period of uncertainty and would most probably be negative for the private sector,” ING economist Geoffrey Minne wrote in a research note.

Kathleen Brooks, the research director at City Index, said a referendum win for the separatists could cause the euro to decline by as much as 5%.

However, even a decisive “yes” vote is unlikely to result in Madrid or the EU recognizing Catalonia as “independent.”

“The Catalan government will instead attempt to use a positive referendum result to increase its leverage in future negotiations with the Spanish government,” said Laurence Allan of IHS Markit.