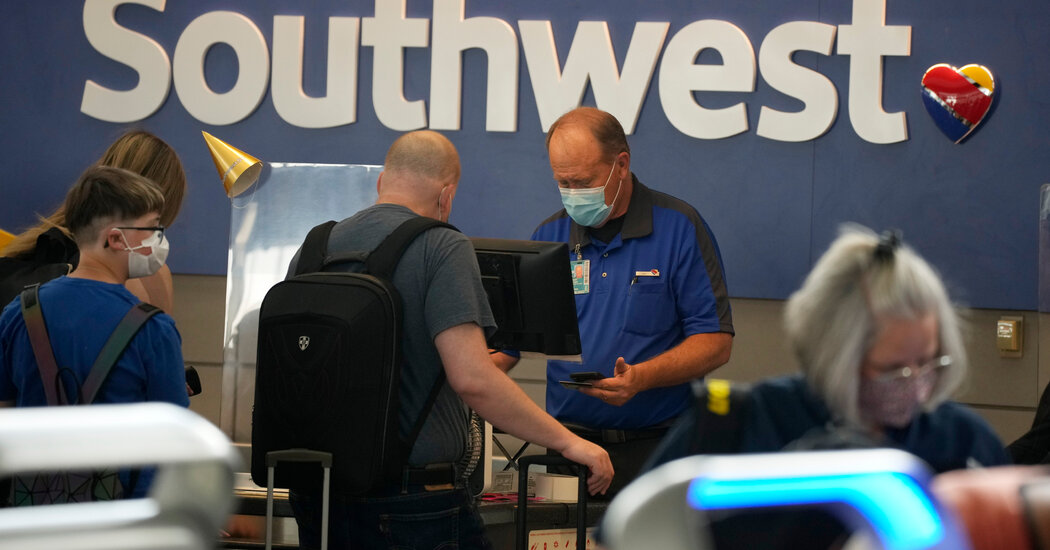 Southwest Airlines’ operations appeared to return to normal on Thursday after three days of widespread flight delays and cancellations caused by technological problems.

As of midmorning, the airline had canceled only about 1 percent of its scheduled flights for the day, though 10 percent of its flights were delayed, according to FlightAware, a flight tracking service. About half of Southwest’s scheduled flights on Tuesday and Wednesday were delayed. On Monday, more than 1,500 Southwest flights ran late, accounting for about a quarter of all flight delays within the United States. The disruptions infuriated thousands of passengers, many of whom complained on social media.

The turmoil began on Monday night when a problem with a weather data provider prevented Southwest from safely flying its planes temporarily. The issue was resolved, but the airline faced a technological issue of its own on Tuesday. That was fixed within hours, but nevertheless had a cascading effect on flights that day and the next. The airline said it was investigating the outages, but had no reason to believe they were caused by a breach.

The flight delays and cancellations took place during a generally slow part of the week, but they come as overall travel is picking up. Summer is typically the busiest season for air travel in the United States and this year’s is expected to be supercharged as newly vaccinated Americans take vacations or visit relatives and friends, in some cases for the first in more than a year. The Transportation Security Administration screened more than two million people at airports on Sunday, more than at any point since the pandemic began.