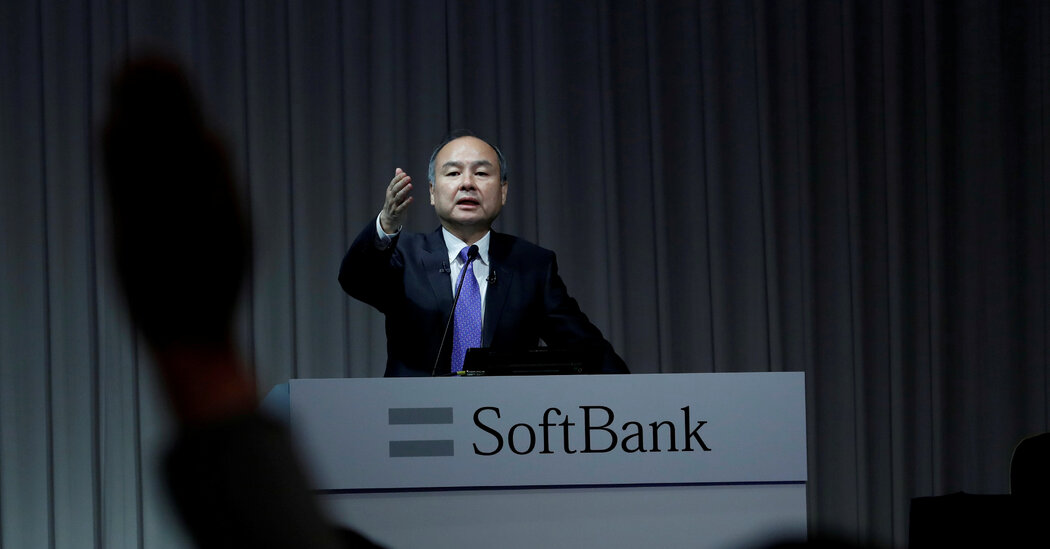 TOKYO — Just four months ago, Masayoshi Son, the daring billionaire who leads the Japanese conglomerate SoftBank, looked as if he might lose it all.

His company had just announced one of the largest annual losses of any firm in the history of corporate Japan. And tens of billions of dollars in investments he had made in high-tech industries like ride-sharing and hospitality looked set for even more devastating losses as the coronavirus pandemic limited the movement of much of humanity.

But on Tuesday, SoftBank declared a seemingly miraculous turnabout: It announced that it had already swung back into the black, posting a $12 billion net profit for the three-month period that ended in June.

A potpourri of factors pushed SoftBank back into profitability, including aggressive asset sales, successful initial public offerings by firms in which it has invested, and stock prices for its publicly traded companies that have seemingly been divorced from the reality of a cratering global economy. Some of those companies are trading at higher levels than they were before the pandemic.

The whiplash change in fortune, more rocket launch than roller coaster, highlights the volatility of financial markets in the era of the coronavirus. It also shows how a company like SoftBank, which has used its $100 billion Vision Fund to become the world’s largest investor in tech companies, can find its strategies disrupted or catapulted by short-term market trends.

Mr. Son has frequently said he has a 300-year vision for his company, which he has tried to position as the leading investor in emerging technologies like artificial intelligence. His strategy has focused on making huge investments in companies, such as Uber, that he believes have the potential to transform and dominate entire industries.

But a series of missteps last year, including the spectacular collapse of the office-space firm WeWork, followed by the calamitous economic impact from the pandemic, forced Mr. Son to take a detour.

Whereas last summer Mr. Son found himself on the offensive, announcing the launch of a second, even larger, iteration of his Vision Fund, he now finds himself playing defense, saying that he has stopped seeking outside partners for the project as he builds up his cash reserves and considers a more cautious investment strategy.

In March, Mr. Son committed to selling off $42 billion worth of SoftBank’s assets to pay down the company’s gigantic debt and bankroll an aggressive campaign of share buybacks aimed at shoring up his company’s flagging share prices.

To achieve that goal, he has tapped his most valuable assets, selling down his holdings in his most successful investment, the Chinese e-commerce company Alibaba, as well as in T-Mobile and SoftBank’s mobile phone service provider in Japan.

So far, the tactic seems to be paying off. SoftBank’s share price has doubled from its low in March, reaching its highest levels in 20 years. The rise has been driven in part by similar comeback stories for SoftBank’s investments.

After a pandemic-induced market crash in the spring, investors have piled back into tech stocks, driving a rally in some of SoftBank’s flagship investments, including the workplace communications tool Slack, the medical technology company Guardant Health, and even Uber, which has managed to offset losses in its ride-sharing services with increased food delivery.

Perhaps most important, Alibaba has continued to deliver for Mr. Son, as the pandemic has sent its shares to record highs.

SoftBank has also benefited from a hotter-than-expected market for I.P.O.s after disappointing performances by two of its biggest investments last year — Uber and WeWork — temporarily cooled market sentiment toward debuts by big companies.

But appetite for the offerings has come roaring back. In July, SoftBank scored hits with the listings of the insurance start-up Lemonade as well as of Relay Therapeutics, which develops cancer drugs. That raised investors’ hopes about the I.P.O. prospects for other companies in SoftBank’s portfolio.