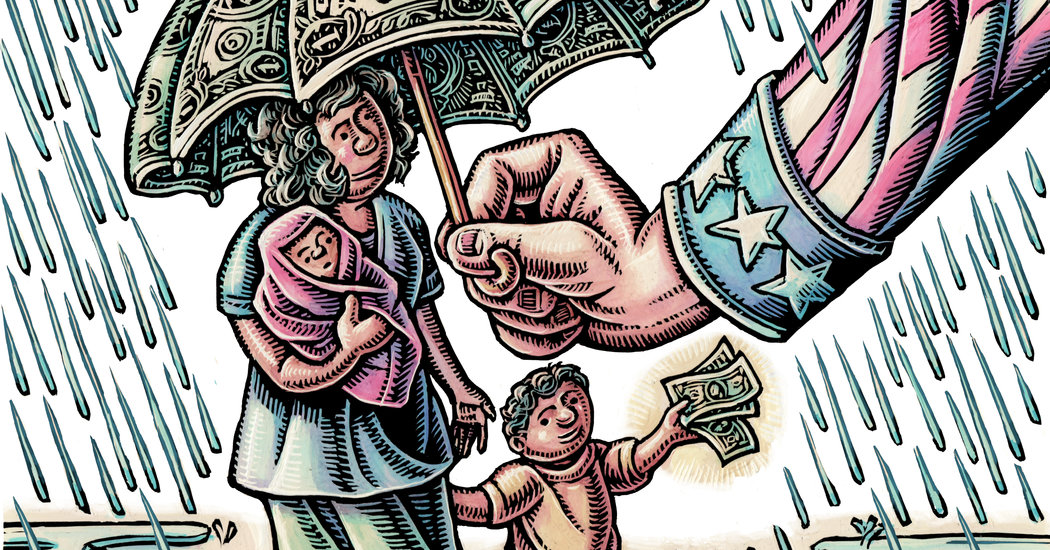 Social programs that alleviate poverty and enrich the lives of millions of people are coming under pressure. But a new study suggests that even if fiscal prudence were the only consideration, officials taking a long view should think twice before cutting social programs, because many them ultimately turn a profit for taxpayers.

The study, by two Harvard economists, found that many programs — especially those focused on children and young adults — made money for taxpayers, when all costs and benefits were factored in.

That’s because they improved the health and education of enrollees and their families, who eventually earned more income, paid more taxes and needed less government assistance over all.

The study, by Nathaniel Hendren, an economics professor, and Ben Sprung-Keyser, a graduate student, was published in the August edition of The Quarterly Journal of Economics and analyzed 101 government programs begun since the 1960s. Like standard cost-benefit analyses, it quantified the benefit for each one, like higher take-home pay and lower out-of-pocket medical spending, as well as the government’s direct costs.

The researchers took an extra step, though, and accounted for the “fiscal externalities”: the indirect ways that a program affected the government’s budget. These effects arose because the programs changed the choices that participants made. For this part of their research, Mr. Hendren and Mr. Sprung-Keyser drew on previous studies that quantified many of these ripple effects.

Consider one program: health insurance for pregnant women. In the mid-1980s, the federal government allowed states to expand Medicaid eligibility to more low-income pregnant women. Some, but not all, states took up the offer. Increased Medicaid coverage enabled women to receive prenatal care and better obstetric care, and to save on personal medical spending.

For the federal government, the most straightforward fiscal impact of this expanded coverage was increased spending on health insurance. The indirect fiscal effects were more complex, and could easily be overlooked, but they have been enormous.

First, newly eligible women had fewer uninsured medical costs. The federal government picks up part of the tab for the uninsured because it reimburses hospitals for “uncompensated care,” or unpaid bills. Thus, this saved the government some money. On the other hand, some of the women stopped working, probably because they no longer needed employer-provided private health insurance, and this cost the government money.

But the biggest indirect effects were not apparent until children born to the Medicaid-covered women became adults. As shown in a study by Sarah Miller at the University of Michigan and Laura Wherry at the University of California, Los Angeles, those second-generation beneficiaries were healthier in adulthood, with fewer hospitalizations. The government saved money because it would have paid for part of those hospital bills. The now-adult beneficiaries had more education and earned more money than people in similar situations whose mothers did not get Medicaid benefits. That meant higher tax revenue.

It’s not surprising that the children of women who had better health care grew up to be healthier adults and higher earners. It just required a few decades before researchers could measure how big those effects were.

When Mr. Hendren and Mr. Sprung-Keyser added up all of the numbers, they calculated that Medicaid expansion more than paid for itself, even after accounting for the fact that benefits that come in the future are worth less today.

This means that even from the narrowest perspective — one that simply measures financial costs and returns to taxpayers — the program is a good deal, aside from how much it changed the lives of its beneficiaries.

But of course it is crucially important that the program helped them quite a bit. The gains were especially large for Black people, who, as a group, are poorer and less healthy than white people in the United States.

Mr. Hendren and Mr. Sprung-Keyser found similar net financial gains for the government in other ventures, including the Head Start prekindergarten program and federally funded increases in government spending on pre-college education. Over all, 16 social policies that Mr. Hendren and Mr. Sprung-Keyser examined broke even or did even better. Almost all of them focused on children and young adults.

Young people have more years to pay into the tax system, and government safety net programs generally seem to do a better job at raising the earning ability of children and young adults than they do for older people.

Some programs that did not break even were shown to be more cost effective than was evident previously, after fiscal externalities were taken into account. For example, adult job training programs recouped some, if not all, of their costs through participants’ higher tax payments in subsequent years.

To be clear, that does not imply that disability insurance is a bad way to spend tax dollars. The purpose of building a social safety is to help people in need, not to save money. If people with disabilities are especially needy, it is entirely reasonable for the government to provide extra funds to help them. Sometimes, spending money is simply the right thing to do.

We would be setting the bar far too high if we expected all social programs to pay for themselves. The food stamp program has not turned a net profit, but it has lifted many children from poverty, giving them lifelong advantages.

That is a great use of tax dollars. Thanks to the new study, we know that some of those dollars come indirectly from social programs that have funneled revenue into government coffers.