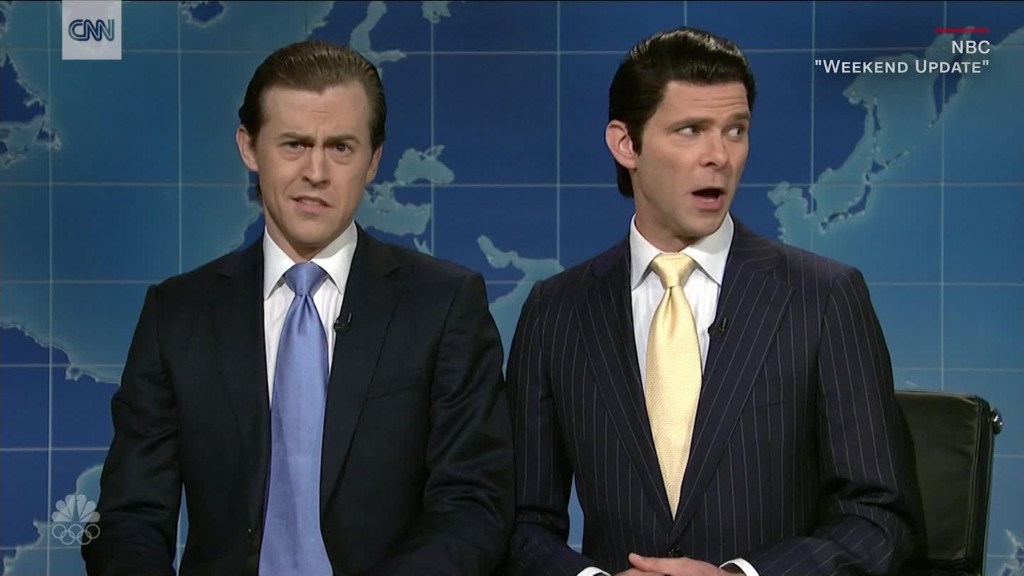 The 43rd season premiere of the NBC sketch series opened with Alec Baldwin’s Trump speaking on the phone with San Juan Mayor Carmen Yulín Cruz, who was played by Melissa Villaseñor.

“I know things are, as the locals say, Despacito,” Baldwin’s Trump said over the phone. “FEMA takes a few days unless you join FEMA Prime.”

The fake Trump then reminded Villaseñor’s Cruz that Puerto Rico is “an island in the water. The ocean water. Big ocean. With fishies and bubbles and turtles that bite.”

“Sir, we just need help, please,” Cruz said before Trump hung up on her.

“Thank you, sir. I think it’s because folks listen to me because I’m no nonsense, but I’m all nonsense,” Bryant’s Sanders said.

Related: ‘SNL’ is staying live coast to coast this season

The opening sketch wasn’t the only part of the premiere that hammered the President regarding Puerto Rico. “Weekend Update” co-host Michael Che laid into the President over his response.

“After the mayor of San Juan criticized the federal government relief efforts, President Trump attacked her on Twitter saying, ‘The Mayor of San Juan, who was very complimentary only a few days ago, has now been told by the Democrats that you must be nasty to Trump,'” Che said. “Oh really, Donald? You bitch. Was she nasty to you? How nasty? Are you shaking? Do you want to go smoke a Virginia Slim until your hand stops moving?”

Che then retorted, “This isn’t that complicated, man. It’s hurricane relief. These people need help. You just did this for white people twice.”

Away from Puerto Rico, the opening sketch also brought on Kate McKinnon as Attorney General Jeff Sessions and commented on Trump’s attacks on NFL players who kneel during the National Anthem in protest of social and racial injustice.

Jay Z, the show’s musical guest, made a statement of his own during his musical performance on Saturday night.

The rapper wore a football jersey with the name “Colin K” on the back — a reference to quarterback Colin Kaepernick who was the first to kneel during the national anthem last fall.