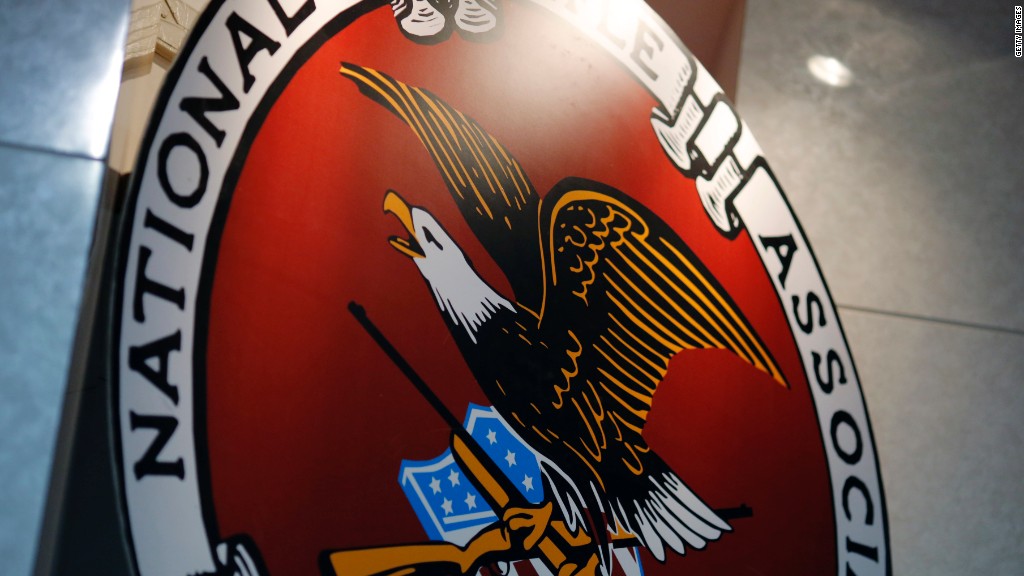 The Trump slump continues to weigh heavily on the gun industry.

The stock price for American Outdoor Brands plunged as much as 20% in pre-market trading following the gun company’s dismal earnings report.

“Total revenue for the quarter faced a challenging comparison to last year, when we believe strong consumer demand was driven by personal safety concerns and pre-election fears of increased firearm legislation,” said CEO James Debney, in a statement.

Last year marked a record year for gun sales. The surge was driven by fears that then-President Obama and candidate Hillary Clinton would implement gun controls amid a series of deadly mass shootings. Sales dropped industry-wide after the unexpected victory of Donald Trump, a Republican endorsed by the National Rifle Association.

American Outdoor Brands has seen a 30% decline in its stock in 2017.

“The firearms industry is still suffering from continued malaise in retail sell-through due to the Trump slump,” said Rommel Dionisio, a gun industry analyst for Aegis Capital Corp. He said manufacturers and retailers are still dealing with an inventory backlog, because they stocked up prior to the election expecting stronger sales.

The stock price for American Outdoor Brands did rise 5% on Thursday after the House passed the Concealed Carry Reciprocity Act earlier this week. That act, if it passes the Senate, would create a nationwide system for concealed carry permits. Dionisio said that might eventually help the industry recover.

But stocks plummeted over night after American Outdoor Brands reported its dismal earnings.

Debney said that among the few bright spots for the company were the relatively strong sales of compact M&P brand handguns designed for concealed carry. The M&P line of guns also includes AR-15-style rifles.

The company’s quarter ended on October 31. This report includes a month of gun sales activity after the October 1 mass shooting in Las Vegas, the deadliest in U.S. history.