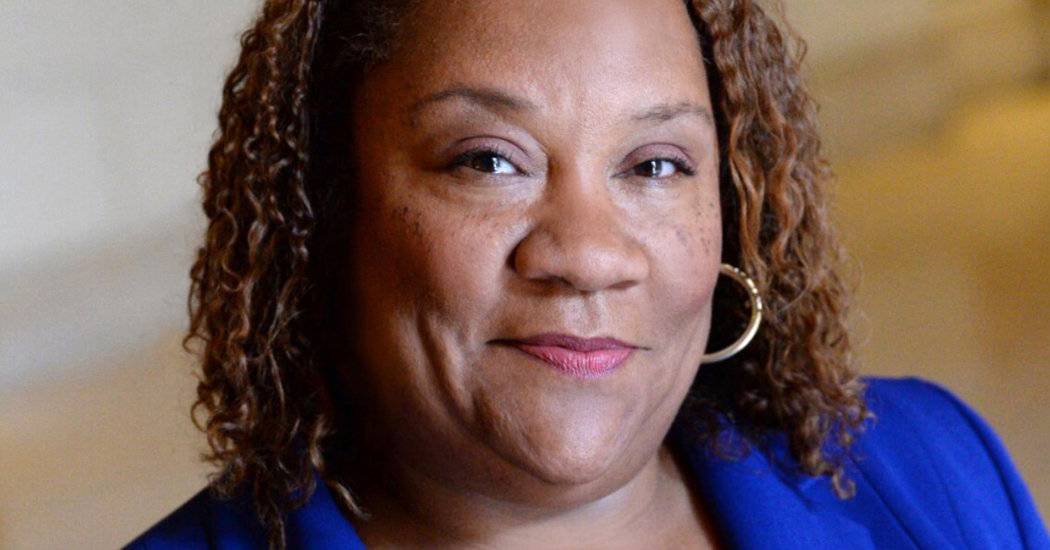 Simon & Schuster on Monday named Dana Canedy executive vice president and publisher of its flagship imprint, putting a former journalist in one of the biggest jobs in book publishing.

Since 2017, Ms. Canedy, 55, has been the administrator of the Pulitzer Prizes, overseeing a period when the awards have acknowledged an increasingly diverse body of work, including the music of Kendrick Lamar. Under Ms. Canedy’s watch, the Pulitzer board also issued a posthumous award to the pioneering Black journalist Ida B. Wells and presented a special citation along with $100,000 to The Capital Gazette, a small daily newspaper in Annapolis, Md., where five people were killed in the newsroom in 2018.

Before that, Ms. Canedy spent 20 years as a reporter and senior editor at The New York Times, where she covered business, politics, race and class. She was part of a Times team that won a Pulitzer Prize in 2001 for the series “How Race Is Lived in America.”

While Ms. Canedy has never worked for a publishing house, she has written a book: a memoir called “A Journal for Jordan,” about her partner, First Sgt. Charles M. King, and the journal he wrote for their son, Jordan, in case he did not return from the war in Iraq. He was killed in combat there in 2006. A movie based on the book, starring Michael B. Jordan and directed by Denzel Washington, is scheduled to begin production this fall. Ms. Canedy is a producer on the film.

Ms. Canedy, who will begin her new job on July 27, said she reads books in bed late at night wearing tortoiseshell glasses fitted with tiny lights on either side, which she bought years ago so she could read in the dark when her son would sleep beside her. Jordan, now 14, affectionately calls his mother “word nerd,” she said.

“The ultimate goal of the job is to champion the work of our amazing authors,” Ms. Canedy said of her new position, “to bring in new authors, and to commission books that I and my team think are important. And basically, when you boil all that down, that means applying news judgment.”

Ms. Canedy and Jonathan Karp, the chief executive of Simon & Schuster, said they began talking about the possibility of her joining the company over a long lunch two years ago. At the time, Mr. Karp was the publisher of the Simon & Schuster imprint, and he asked her if she would be interested in working there. She said yes, but having been at the Pulitzers for only about a year, she didn’t feel it was the right time.

In May, Mr. Karp was promoted to chief executive, replacing Carolyn Reidy, who died earlier this year. Just a few days after his new position was announced, he emailed Ms. Canedy to see if she was interested in his old job. She becomes the third woman and the first Black person to hold the position.

“Jon should get credit for the fact that in an era of racial reckoning, when suddenly everybody is looking for people of color and women to add to their boards and to bring in to their companies — he started talking to me two years ago,” Ms. Canedy said. “That’s the way you want to go into a company. I wouldn’t be taking this job if I thought he just wanted a Black publisher.”

Mr. Karp said that while Ms. Canedy doesn’t have experience at a publishing house, not every publisher does. He was at Random House when Harold Evans, a former editor at The Sunday Times of London, came on as publisher in the 1990s. Ms. Canedy, he added, knows what a prizewinning book looks like from her time at the Pulitzers. She also understands the needs of authors, he said, because she is one.

“I think the first thing you have to be able to do is to attract authors, to cultivate authors and to champion authors,” Mr. Karp said. “I wanted somebody who was going to be a magnet for the best talent.”

Simon & Schuster has been active in publishing headline-making books about the Trump administration. In just the past few weeks, it has published “The Art of Her Deal,” a biography of Melania Trump by the Washington Post reporter Mary Jordan, and “The Room Where It Happened,” John Bolton’s memoir about his time in President Trump’s administration. This month, it plans to publish “Too Much and Never Enough,” by Mary L. Trump, a niece of the president. Like Bolton’s book, which was published over objections from the White House, “Too Much and Never Enough” is facing a legal battle before it can hit shelves.

“I think they’re leading on the publishing of political books in this moment, and that’s important,” Ms. Canedy said of her new company. “I’m particularly proud to be joining them at a time when they’re doing that, and I will continue to help in that effort.”

Ms. Canedy will take over the imprint, the company’s largest and its biggest revenue generator, at a challenging moment, while the publishing house is up for sale during a pandemic. In March, ViacomCBS, which owns Simon & Schuster, said it would sell the publishing house to focus on other components of its business like sports content. But Ms. Canedy declared herself undaunted.

“Look, life is going to happen while the world moves, so you can either move with it or get left behind,” Ms. Canedy said. “You might as well do it.”