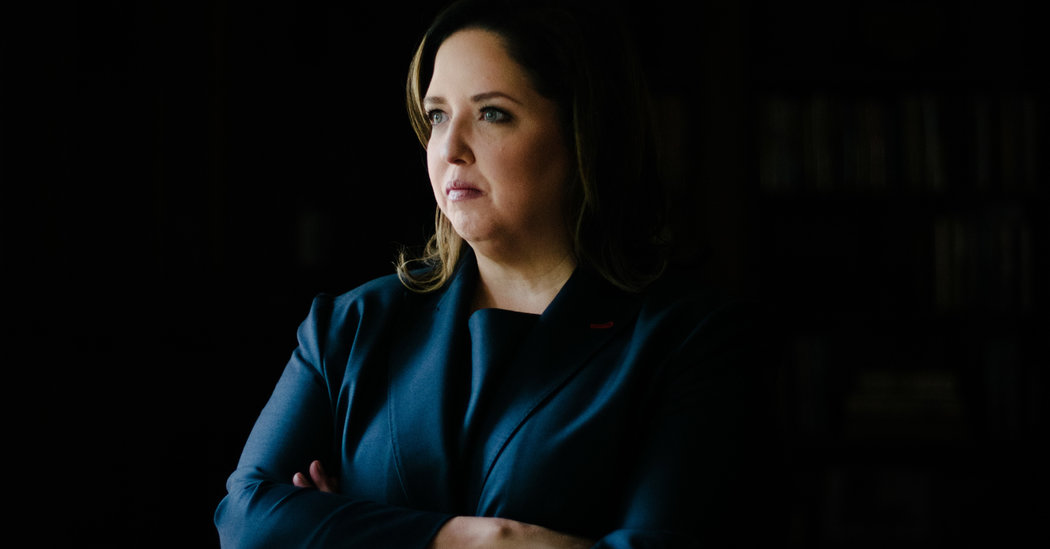 HOUSTON — Tech has led to a lot of trouble lately: hate speech, financial scams, undermined elections. Yet tech companies have largely avoided legal consequences, thanks to a landmark 1996 law that protects them from lawsuits.

Now that federal law, Section 230 of the Communications Decency Act, has a new threat: Annie McAdams, a personal-injury lawyer in Houston.

Ms. McAdams is waging a legal assault against Facebook and other tech companies, accusing them of facilitating the sex trafficking of minors. In a series of lawsuits in California, Georgia, Missouri and Texas, she is using a novel argument to challenge the 1996 law, and finding some early success. This year, a Texas judge has repeatedly denied Facebook’s motions to dismiss her lawsuits.

Section 230 states that internet companies are not liable for what their users post. Ms. McAdams argues that, in the case of pimps using Facebook and Instagram to lure children into prostitution, separate laws require Facebook to warn users of that risk and do more to prevent it.

“If you sell a lawn mower and the blade flies off and chops someone in the leg, you have the responsibility to fix it and warn people,” she said. “Nowhere else has an industry been afforded this luxury of protection from being held accountable for anything that they’ve caused.”

Ms. McAdams’s lawsuits are part of a broader, yearslong effort to use the courts to upend how the 23-year-old law governs the internet.

While Section 230 is increasingly debated in Washington and on the presidential campaign trail, legislation is not expected to significantly weaken the law anytime soon. Instead, lawyers are pushing ahead with federal and state lawsuits to challenge its protection of internet companies. After years of court rulings that strengthened the law, cracks have recently begun to show.

In 2016, a federal appeals court ruled that Section 230 didn’t protect a modeling website that two men used to lure women they drugged and sexually assaulted, because the site’s owners knew of the threat and failed to warn the women.

In March, a federal appeals court affirmed a ruling that Airbnb could be held liable if its users violated home-rental bans in Santa Monica, Calif. And in July, another federal appeals court rejected Amazon’s Section 230 arguments and said it could be held liable for selling defective products after a woman sued over a broken dog leash that partly blinded her. The court is rehearing the case at Amazon’s request.

“Plaintiffs keep taking cracks at it, and every time they don’t instantly lose, they pour more resources into that crack to see if they can split it open,” said Eric Goldman, a Santa Clara University law professor who supports the law.

Ms. McAdams’s case is one of the widest cracks today. Facebook asked Steven Kirkland, a state judge in Houston, to dismiss two of Ms. McAdams’s lawsuits because of its immunity under Section 230. The judge denied the company’s motions, though his rulings offered little insight into his thinking. He declined to elaborate in an interview.

“It’s always noteworthy when a 230 dismissal isn’t granted in a case involving someone like Facebook, because we just presume Facebook won’t be liable for what its users are doing,” Mr. Goldman said.

Facebook responded to the judge’s decision in Houston with a nearly 50-page petition to a Texas appeals court, arguing that Judge Kirkland had erred. “The claims here asserted against Facebook have no basis in law,” Facebook’s lawyers wrote in the petition.

A Facebook spokeswoman added that the company “has zero tolerance for any behavior or content that exploits children on our platform” and that it used sophisticated technology and a partnership with a children’s advocacy group “to aggressively combat this behavior and protect children.”

Ms. McAdams’s approach could prove significant. If the Texas rulings hold up on appeal, they could persuade judges in other states and potentially even draw the Supreme Court to weigh in, said Jeff Kosseff, a United States Naval Academy law professor who wrote a book on Section 230.

If judges began allowing such product-liability claims to get around Section 230, it would probably mean many more companies would be held legally responsible for harms that occurred on their sites, particularly if plaintiffs could show the companies’ decisions or policies had led to those harms, according to Mr. Kosseff and two other law professors who spoke to The New York Times.

Judge Kirkland said he expected Facebook’s appeals would continue to the Texas Supreme Court, meaning a trial would most likely wait until 2021.

“My clients know it’s going to be a 10-year fight,” Ms. McAdams said. “I’m not looking for a settlement. I’m looking for a day in court.”

Ms. McAdams, 43, poses an unusual challenge for the tech companies. She is not an Ivy League lawyer with a history of Supreme Court cases; she is a personal-injury attorney who has taken on drunken drivers, real estate developers, insurance companies and a church after a coffin floated away in a flood.

Over fajitas at her favorite Tex-Mex joint in Houston, she said she had acquired the restaurant’s secret margarita recipe in legal discovery when she sued the place for serving a man too much alcohol.

She dismisses academics critical of her approach, and she delivers bold pronouncements — particularly to a reporter with a voice recorder — in a disarming Texas drawl.

In the Facebook case, she predicted a jury would award her clients billions of dollars. “They have to do everything to keep me from that jury,” she said, “because once facts are known, it’s over.” She said she was “building the blueprint” for lawyers in other states to sue social-media companies on similar grounds.

Ms. McAdams first pursued lawsuits against the hotels where pimps set up shop. Then, when interviewing potential clients, she noticed a common thread: Almost all the girls had met their pimps on Facebook or Instagram.

She still wasn’t exactly sure how to build a case, until she watched Mark Zuckerberg, Facebook’s chief executive, testify to Congress last year. “I couldn’t believe he went on the record saying I’m responsible for the content,” she said. “I have 17 references under oath.”

After she sued, Facebook enlisted about a dozen outside lawyers, including in Houston, Dallas and Austin, and flooded her with court filings. “Every time they file, we’ll punch back,” she said.

Her lawsuits accuse Facebook of violating Texas sex-trafficking and product-liability laws. Section 230 basically protects tech companies from being sued for what people do on their platforms; Ms. McAdams argues that her case is about what Facebook didn’t do to protect its users.

She said laws required Facebook to do more to stop predators who use its products to find victims and to warn people of that risk. For instance, she said, Facebook could require users to verify their identities and better restrict adults from connecting with minors.

The product-liability argument has not always succeeded. While her argument appeared to persuade one judge, a second Texas judge overseeing another of her lawsuits against Facebook rejected it. He is letting her continue the suit under different claims.

Carrie Goldberg, a New York lawyer, tried a similar legal argument when suing the dating app Grindr for enabling her client’s ex-boyfriend to send more than 1,000 men to her client’s door looking for sex. Two federal courts cited Section 230 and dismissed the suit, and the Supreme Court declined to hear the case in October.

Ms. Goldberg said that if a product-liability argument succeeded against tech companies, it could force companies to make their sites safer. Such product-liability law are “how we have seatbelts and windshield wipers; it’s because of court cases where companies have been held liable for dangerous conditions,” she said.

Ms. McAdams is hedging her bets. In addition to her three suits against Facebook in Texas and one in Tennessee, she has sued Salesforce in Texas, California and St. Louis, accusing the business-software company of helping the prostitution site Backpage do business. Those suits have had mixed results so far. Salesforce declined to comment. Last week, she sued the email company MailChimp in Georgia for also helping a Backpage imitator. A MailChimp spokeswoman declined to comment specifically on the suit but said the company doesn’t allow illegal activity on its platform.

Next up, Ms. McAdams and her co-counsel, David Harris, are talking about suing other large tech and financial firms for their roles in sex trafficking. “The bigger they are, the harder they fall,” she said.