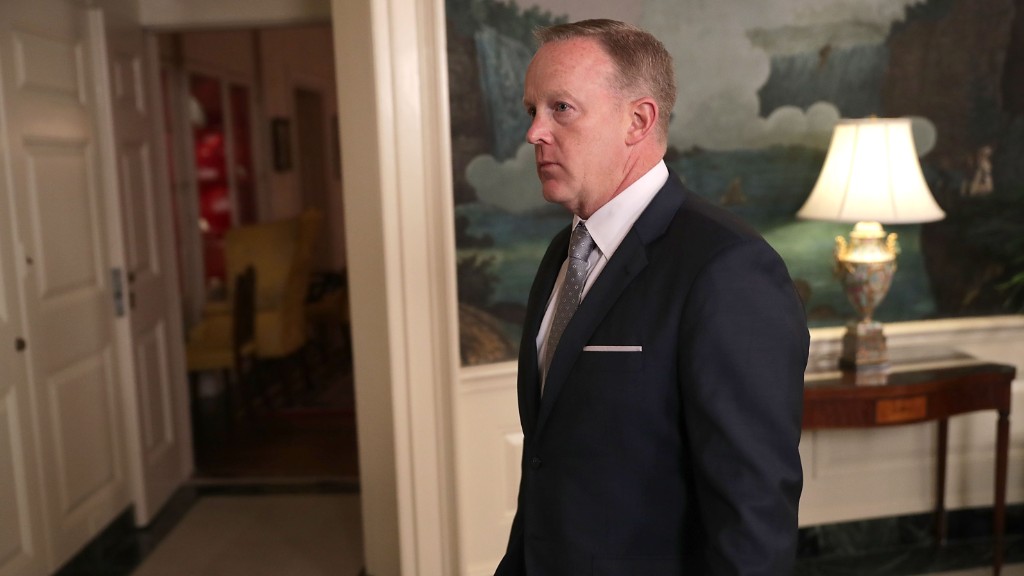 Sean Spicer’s next stop after the White House podium is “Jimmy Kimmel Live.”

The former press secretary will sit down with Kimmel for his first interview since leaving his White House post in July.

Kimmel and Spicer had a fun back and forth on Twitter before the announcement.

“Dear @SeanSpicer – if I promise to look AT the camera this time, will you come to my show next week?” Kimmel tweeted at Spicer alongside a photo of the two.

Spicer responded to Kimmel’s tweet saying, “It’s a deal, does next Wednesday work?”

“Perfect!” Kimmel tweeted back at Spicer. “I have no further comment.”

Spicer has been one of late night’s favorite targets — from nightly lampooning by Stephen Colbert, Jimmy Fallon, and Kimmel to Melissa McCarthy’s now-iconic impression of him on NBC’s “Saturday Night Live.”