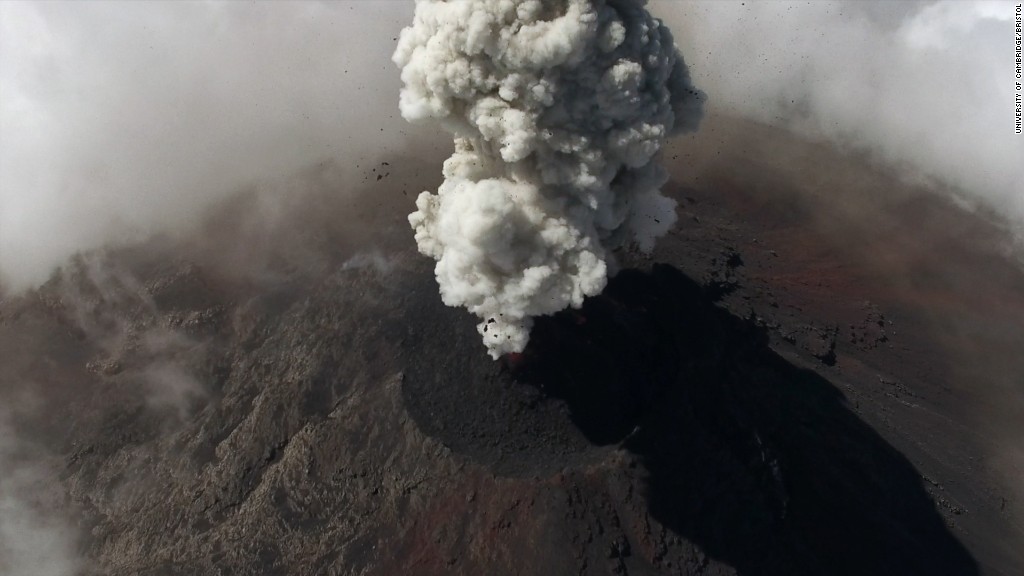 Knowing when a volcano will erupt could one day be as easy as checking the weather forecast.

A group of researchers from the Institut des Sciences de la Terre (ISTerre) in France is the first to successfully predict the behavior of a volcano using data assimilation — the same technique used in weather forecasting.

The findings were published in the journal “Frontiers in Earth Science” on Wednesday.

The effort aims to make eruptions in cities and towns located near active volcanoes more predictable, so people can evacuate quickly and safely.

“We foresee a future where daily or even hourly volcanic forecasts will be possible — just like any other weather bulletin,” said Grace Bato, the lead author of the paper.

Related: This volcano is turning into a (wireless) hot spot

The team’s method uses GPS and radar satellite systems that measure the movement of the ground as a volcano inflates. By integrating this data with mathematical equations using data assimilation, researchers can give accurate real-time predictions.

The tools analyze magma overpressures, a key way to predict volcanic eruptions. Many volcanoes are located on top of magma chambers, known as large underground pools of liquid rock underneath the Earth’s surface. The chamber’s molten rock undergoes great pressure, which can fracture the rock around it over time. If the magma finds its way to the surface, it results in a volcanic eruption.

During simulation tests, the researchers correctly predicted the excess pressure that drove a volcanic eruption and the shape of the deepest underground magma chamber. These chambers are usually miles below the Earth’s surface and almost impossible to study with existing methods, according to the researchers.

Related: Meet the Trekkie who became a real-life vulcanologist

The team also started testing its method on real volcanoes, such as the Grímsvötn Volcano in Iceland and the Okmok Volcano in Alaska.

Geoscientists have previously used satellite and GPS technologies, but their research focused on monitoring volcanoes rather than predicting future behavior.