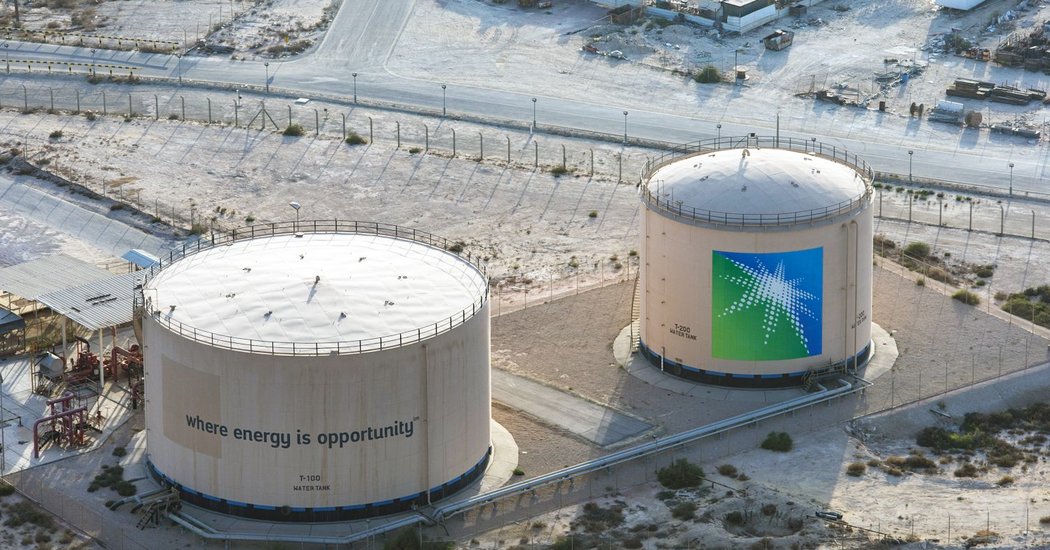 Saudi Arabia’s giant state-owned oil company, Saudi Aramco, on Thursday set the price of its initial public offering at a level that will raise $25.6 billion, a sum that is expected to make it the world’s biggest I.P.O., according to two people briefed on the pricing plan.

Saudi Aramco set the initial price at 32 riyals, or about $8.53 a share, the high end of the range it forecast last month, these people said. It plans to sell three billion shares, representing 1.5 percent of the company. At that price, the company would be worth $1.7 trillion.

The amount to be raised by the sale exceeds the $25 billion raised by Alibaba, the Chinese online retail company, in its initial offering five years ago on the New York Stock Exchange.

The I.P.O. establishes Aramco as one of the world’s most valuable companies, but the $1.7 trillion figure falls short of the Saudi royal family’s hopes of an offering that would value the company at close to $2 trillion.

Global investors proved to be skittish over the earlier valuations offered by the Saudi government. While its filings showed Aramco to be immensely profitable — it posted a profit of $68 billion for the first nine months of the year — its earnings have declined, and risks like global warming and geopolitical instability cast a pall over its prospects.

Aramco will sell its shares on the Riyadh stock market, the Tadawul. Trading is expected to begin Dec. 11.

The I.P.O. process has been agonizingly slow since Prince Mohammed, Saudi Arabia’s de facto ruler, first raised the idea of making the crown jewel of the Saudi economy a public company more than two years ago.

After big early promises, the Saudis have taken a more cautious approach, restricting the listing initially to Saudi Arabia in order to avoid the more rigorous disclosures that would be required in New York or London.

Despite Aramco’s big profits, oil companies are out of favor with some investors, who worry that concerns about the role of fossil fuels in climate change will eventually curb demand for Aramco’s large reserves of oil and gas.