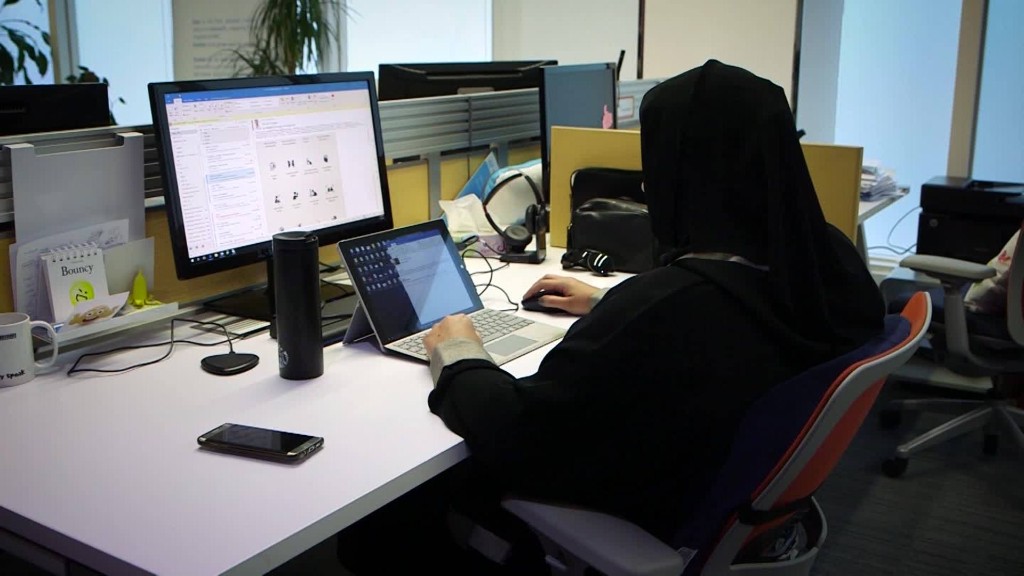 Saudis woke up to two surprises on Wednesday: A new crown prince and a very long vacation.

Royal decrees announced a leadership shuffle that included the appointment of Mohammed bin Salman bin Abdulaziz as heir to the throne.

The elevation of the king’s son was major news. But the government also announced that its employees would get an additional week of vacation for the festive holiday of Eid.

The change means the 70% of Saudi nationals employed by the government — more than 3 million people — are in line for 23 consecutive days of vacation.

Muslims around the world are now observing Ramadan, during which participants fast from dawn to dusk. Eid is set to begin next week once Ramadan ends.

The Saudi government had already given its workers the final 10 days of Ramadan off work, in addition to some time away for Eid. The change announced Wednesday extends the holiday period by a week.

The vacation started June 16, and workers will return to their jobs on July 9.

The extended holiday doesn’t appear to be a major inconvenience for local residents.

“We still have an electronic government regardless of working hours where you can get things done from home,” said Sameer Hassan, a Syrian dentist in Riyadh. “So it doesn’t have a direct impact on daily lives for me as a foreigner.”

Still, the extra time off was a hot topic on social media.

One user tweeted: “Why is the private sector always marginalized by royal decrees, as if we are not counted as citizens of this country.”

But that is changing.

The kingdom has launched an aggressive plan to overhaul its economy by lowering its dependence on oil and increase the private sector role. It also wants to create more jobs and increase women in the workforce.