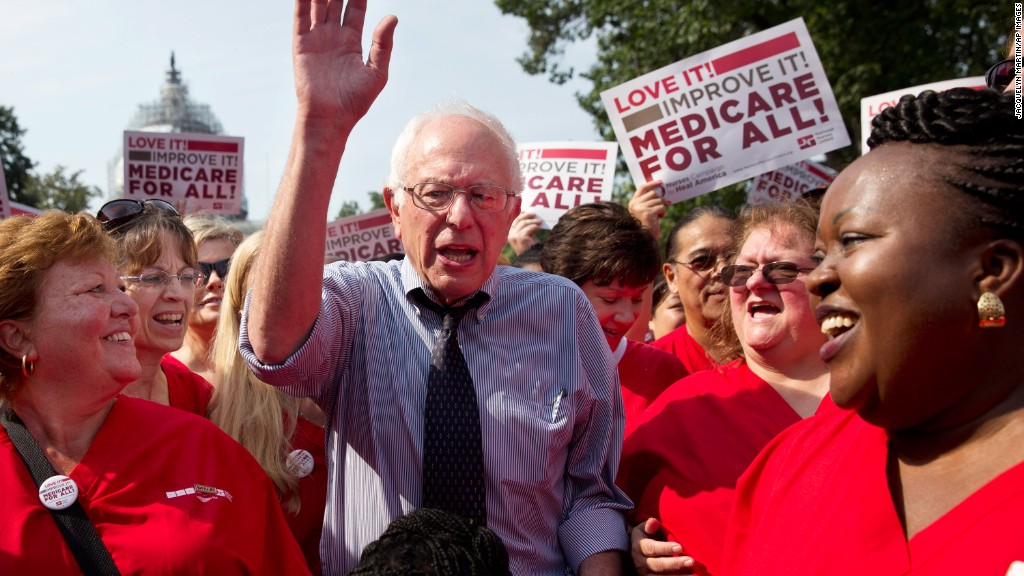 Vermont Senator Bernie Sanders is not giving up on his desire to extend Medicare to all Americans. He is set to unveil legislation on Wednesday that would likely jettison private health insurance and create a government-run program.

Sanders has long pushed for the United States to adopt a single-payer system, similar to those found in Canada and Europe. The most recent iteration came in amid his unexpectedly strong bid for the Democratic presidential nomination last year. But that proposal came with an eye-popping price tag and a slew of new taxes.

Though Sanders has yet to reveal the details of his current plan, it will be unveiled with at least a half-dozen Democratic senators, including some potential 2020 presidential hopefuls, as cosponsors. Here’s what he outlined during the 2016 campaign:

Under the ‘Medicare for all’ initiative, Americans would have comprehensive coverage, which would include doctors’ visits, hospital stays, preventative care, mental health services and prescription drugs. It would also pay for vision, dental, long-term care and hospice needs. All doctors would be in network.

What’s more, patients would no longer have to pay private insurance premiums, deductibles or co-pays.

Related: How Democrats learned to stop worrying and love ‘Medicare for all’

How much would all this cost? Nearly $1.4 trillion a year.

But, he argues, people would save money since they would no longer have to pay monthly premiums or deductibles. A family of four earning $50,000 would save more than $5,800 each year.

“As a patient, all you need to do is go to the doctor and show your insurance card,” his campaign proposal said.

Businesses, meanwhile, would save more than $9,400 annually since they would no longer have to pick up their share of workers’ health insurance premiums.

Sanders’ plan relies on more than $6 trillion in savings over the next decade — largely stemming from lowering the rates paid to doctors, hospitals and drug manufacturers. He maintains that simplifying the payment structure and eliminating private insurers will make it easier for providers to absorb the cuts.

The senator has yet to provide details on just how the nation would shift to ‘Medicare for all’ and how the program would actually work. Among the unanswered questions are whether providers would accept steep cuts in payments and how medical costs would be contained if more people have access to health care.

‘Medicare for all’ faces some steep hurdles, but the idea is gaining traction among the public. Some 53% of Americans support a national health care plan, according to a June poll by the Kaiser Family Foundation. That’s up from 50% last year and from 40% between 1998 and 2000.