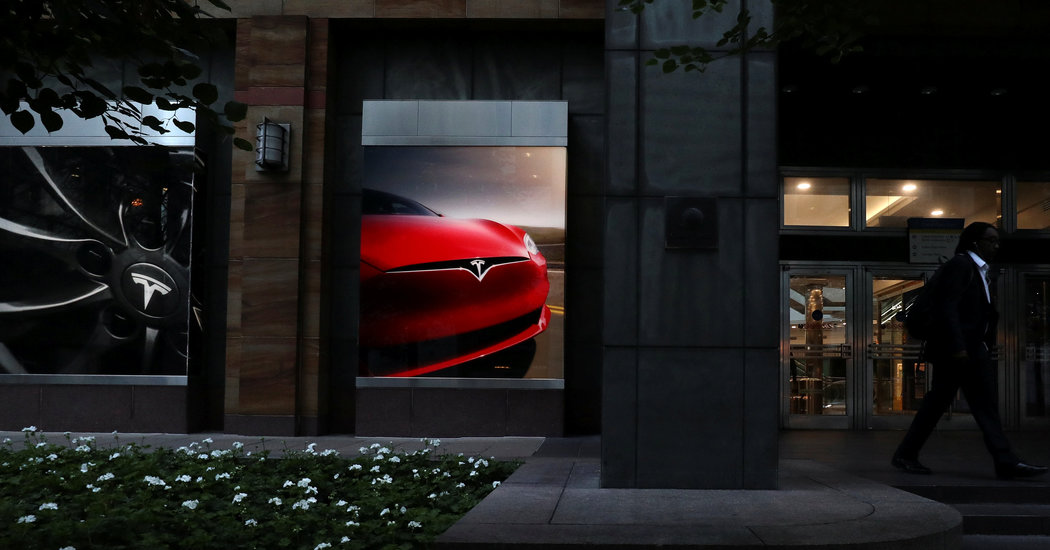 Federal securities regulators have served Tesla with a subpoena, according to a person familiar with the investigation, increasing pressure on the electric car company as it deals with the fallout from several recent actions by its chief executive, Elon Musk.

The subpoena, from the Securities and Exchange Commission, comes days after regulators began inquiring about an Aug. 7 Twitter post by Mr. Musk, in which he said he was considering converting Tesla to a private company. In the post, he said that the financing for such a transaction, which would probably run into the tens of billions of dollars, had been “secured.”

It has become clear since then that neither Mr. Musk nor Tesla had actually lined up the necessary financing aside from having preliminary conversations with some investors.

The Twitter post by Mr. Musk, who has considered taking Tesla private in the past, was something of a flip remark, said several people familiar with the matter but not authorized to speak publicly about the episode.

The serving of a subpoena, which typically requires the approval of top S.E.C. officials, indicates that an inquiry has advanced to a more formal, serious stage. It can take years for an investigation to yield any action, and some investigations do not result in any action.

Tesla’s board of directors has been scrambling to contain any potential damage caused by Mr. Musk’s Aug. 7 tweet. Some board members have urged Mr. Musk to stop using Twitter, and the board’s independent directors recently hired the law firm Paul, Weiss, Rifkind, Wharton & Garrison to represent it as the S.E.C. investigation progresses.

A subset of independent directors, who have formed a committee to consider any formal proposal to take Tesla private, have hired another law firm, Latham & Watkins.

And on Wednesday, Tesla hired Goldman Sachs to work on a possible going-private transaction, according to a client note reviewed by The New York Times.

News of the S.E.C. subpoena was first reported by Fox Business Network. Shares of Tesla were down more than 3 percent in trading on Wednesday.

Representatives of Tesla and the S.E.C. declined to comment.

The scope of the commission’s investigation, which is being led by the San Francisco office, is unclear. Even before Mr. Musk’s message on Aug. 7, the S.E.C. had been inquiring about issues at Tesla.

About a week earlier, Martin Tripp, a former Tesla employee who has filed a whistle-blower complaint against the company, was interviewed by commission officials over the phone, his lawyer, Stuart Meissner, said.

Mr. Tripp, who was an engineer at a Tesla battery plant in Nevada, said he had seen problems with some of the batteries installed in the company’s cars. He has accused Tesla of misleading investors about some production figures.

Tesla has sued Mr. Tripp, accusing him of trying to steal trade secrets. Mr. Tripp has said the company and Mr. Musk have wrongly portrayed him as a saboteur.

Over the past few months, there has been a war of words between the parties. But the dispute between Mr. Musk and Mr. Tripp has receded into the background amid the furor over Mr. Musk’s tweet about taking the company private.