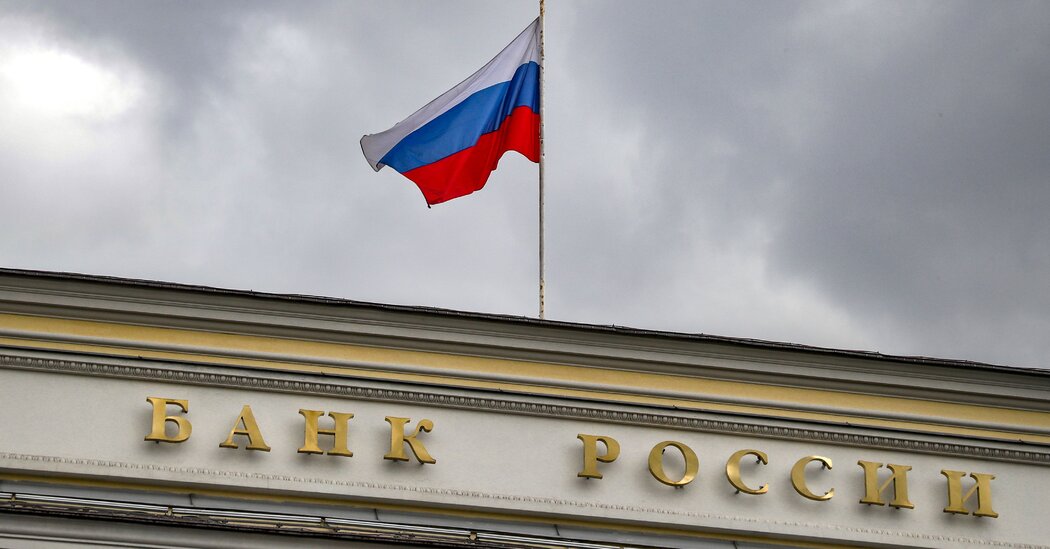 The Russian central bank cut its interest rate again on Friday, continuing to move in the opposite direction to most of the world’s major central banks, as policymakers try to buttress the economy against the impact of international sanctions.

The bank, led by Elvira Nabiullina, lowered its key interest rate by half a percentage point, to 7.5 percent, citing a slowdown in consumer price inflation because of weak consumer demand, a strong currency and one-time price readjustments. Russia’s annual rate of inflation fell to about 14 percent, according to estimates from early September, the bank said.

After Russia’s invasion of Ukraine in late February, which led to severe financial sanctions and the dumping of Russian assets by investors, the central bank reacted quickly by more than doubling its interest rate to 20 percent and instituting controls on the movement of money.

But after some signs that the rapid pace of inflation was easing, it began cutting rates in April. Since then it has lowered its benchmark rate to below the level it was at before the war with Ukraine, while warning that there are still risks of persistently high inflation and a long-term economic downturn.

For much of the rest of the world, Russia’s war in Ukraine has resulted in sharply rising prices for energy, food and commodities, compounding inflationary pressures generated by supply chain disruptions during the pandemic. And now, central bankers from Australia to the United States have been steeply increasing interest rates to try to restrain multi-decade highs in inflation.

The Russian statistics agency said last month that the economy shrank 4 percent from April through June compared with a year earlier, as Russian companies couldn’t import supplies as usual and Western companies pulled out of the country or sold their assets. Still, the drop wasn’t as steep as economists initially expected, because the country’s finances are still being fortified by its oil and gas sales. But many countries, especially across Europe, are moving ever quicker toward ending their dependency on Russian energy.

“The external environment for the Russian economy remains challenging and significantly limits economic activity,” the central bank said on Friday. Companies are still struggling with production and logistics because of reduced access to imports, and consumer spending is weak because inflation has eaten into incomes. Households are choosing to save because of the economic uncertainty and shortages of some goods, the bank said.

As Russian households and businesses adjust to a vastly different economic landscape, there are dueling forces pushing inflation higher and lower. But it is the pro-inflationary pressures that are getting stronger.

“We can say that our monetary policy is currently neutral,” Ms. Nabiullina said in a news conference on Friday. One-off disinflationary factors, such as the strong ruble and excess supply of agricultural products that couldn’t be exported, are weakening while inflationary risks are increasing.

“We believe that we now have less room for reducing the key rate,” Ms. Nabiullina added.

There are signs of lingering inflation. A measure of core inflation, which tends to remove more volatile prices such as energy, rose last month, the central bank said. And households still have “elevated” expectations about inflation. The bank estimates inflation will be between 11 percent and 13 percent by the end of the year, and fall to between 5 percent and 7 percent in 2023. It seeks a 4 percent inflation rate in 2024.