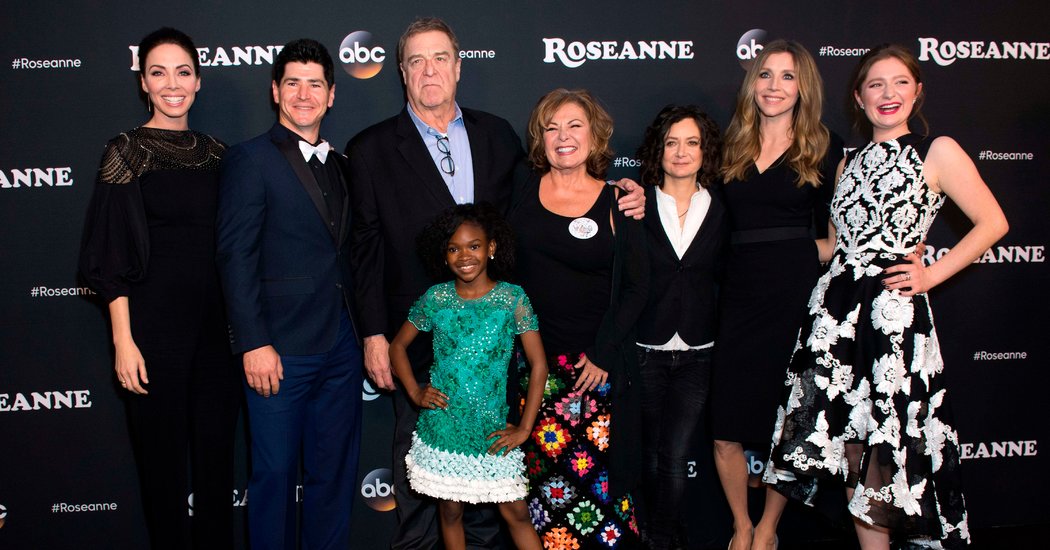 In all, Tuesday’s figures represent a 17 percent decline versus those for the premiere. In the 18-to-49-year-old demographic vital to advertisers, “Roseanne” notched a 3.9 rating, a 25 percent decline.

The loss, however, was in line with what executives at ABC and rival networks expected. And at a moment when the number of live viewers is plummeting, the figure suggests that a sizable audience is willing to watch TV the old-fashioned way.

In conversations on Tuesday, network executives said that if the second week of “Roseanne” experienced a decline in ratings of around 15 percent, ABC should still count it as a success. Stomachs were likely to churn at ABC’s Burbank, Calif., headquarters only if the show lost more than 25 percent of its initial audience.

Other recent revivals have experienced significant ratings losses once the novelty of their returns faded. In September, NBC’s “Will & Grace” lost 30 percent of its audience from its first week to its second. The show has continued to bleed viewers, but its ratings have stayed strong enough to make it a top 10 program. In 2016, Fox’s “The X-Files” lost 40 percent of its audience for its second episode. On Showtime, ”Twin Peaks” experienced a decline of more than 50 percent between its first and second weeks.

The robust return of “Roseanne” has made the show and its namesake star political lightning rods. Fox News pundits joined Mr. Trump in hailing the success of the “Roseanne” premiere as a victory of their own. Some viewers on the left have expressed misgivings about supporting the show. And there were hot-take commentators who argued that “Roseanne” is surprisingly subversive, with more nuanced politics than either its ardent fans or vocal detractors have acknowledged.

The third episode was about a generational parenting conflict that pitted Roseanne’s stricter, more traditional style against the looser, hands-off approach of her daughter Darlene.

A wild card factor is how much of a ratings drop will come in the show’s third week. Will “Roseanne” suffer mild, 5-to-10-percent declines as it moves closer to its ninth and final episode? Or will the falloff be steeper?

To make matters more complicated, Ms. Barr has her Twitter feed back.

Two months before the show premiered, she was not much of a presence on Twitter. She said her family had taken her password away and she mentioned that she did not “want it to overshadow the show.”

But in recent weeks, Ms. Barr has been posting frequently on Twitter, and it did not take long for her to stir up controversy. Over the weekend, she seemed to endorse a fringe conspiracy theory known as “The Storm,” which suggests that Mr. Trump is breaking up child sex-trafficking rings involving Democratic politicians.

The message, which was later deleted, raised questions about whether Ms. Barr might eventually cause a revolt among viewers or advertisers, a cause for some concern among ABC executives, who have publicly backed their reborn star.

“You can’t control Roseanne Barr,” Ben Sherwood, the president of Disney and ABC’s television group, said in an interview last week. “Many who have tried have failed. She’s the one and only.”

The “Roseanne” reboot came out of a strategy hatched at ABC after Mr. Trump’s victory in November 2016. The goal was to increase the network’s appeal to Middle America. The premiere episode more than doubled ABC’s internal ratings estimates, and it performed best in heartland cities that do not usually light up the Nielsen meters.

If the show continues to deliver strong numbers, it could help take ABC out of last place among the four major broadcast networks.