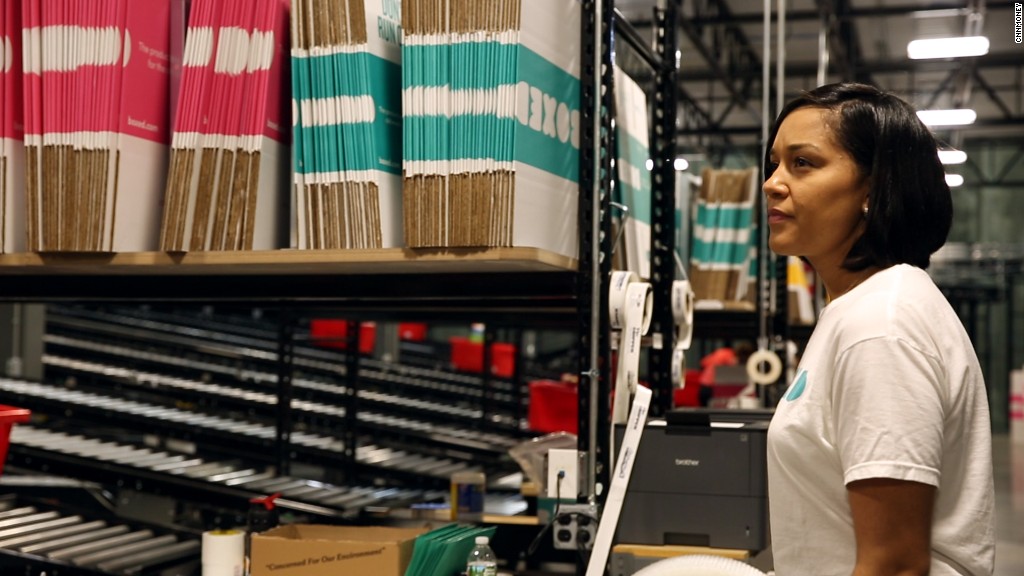 Almost 100 years ago, the U.S. horse population peaked at about 26 million. There’s been, of course, a steady decline since then, thanks to the growth of machines — most notably, cars.

Today, a debate rages over workers and whether we too may become obsolete as society becomes automated.

The fear of robots replacing jobs is real — consider self-checkout kiosks and self-driving trucks. The good news is that specific lines of work won’t suffer the same fate as horses. Which ones? Read on. But, first, here are the jobs at greatest risk of being replaced by automation.

Jobs that require only a high school degree are most in danger. Take cashiers and toll booth operators, for example. These jobs don’t require much human analysis so are easier for machines to handle. Some toll booth operators have already been replaced by automated systems such as E-ZPass, which is used in 16 states.

Meanwhile, as many as 7.5 million retail jobs are at risk of automation in the next decade, according to a study from financial services firm Cornerstone Capital Group.

A shift is already underway. CVS (CVS) has installed self-checkouts in 448 locations. McDonald’s (MCD) and Wendy’s have also added kiosks in some restaurants, allowing customers to place orders on a touchscreen. In December, Amazon (AMZN, Tech30) teased a video of its new Seattle-based concept store Amazon Go, which has no checkout line or cash register. The payment process is automated through a customer’s smartphone, so a customer can skip the line and walk out.

“Retail is going through this existential crisis,” Gartner retail analyst Robert Hetu told CNN Tech. “There’s a need to eliminate many of the manual processes that retailers just lived with for decades.”

Hetu expects automatic checkout services like Amazon Go will take off among convenience stores. Big box retailers are another likely destination, whereas luxury and boutique stores will be slower to adapt the technology. They rely more heavily on a human staff to provide specialized service to customers.

Some of the world’s biggest companies are investing billions to build robots intended to replace human workers. The obvious example is self-driving cars. Car and tech companies are in an intense race to get their first. Once cars and trucks can drive themselves, there’s less need for humans to sit behind the wheel of a cab, Uber or tractor trailer.

Vivek Wadhwa, author of “The Driver in the Driverless Car,” estimates that close to 5 million driving jobs will be lost in the early 2020s, as vehicles achieve full autonomy.

The optimistic case for drivers is that jobs often involve other tasks, such as unloading merchandise. Robots currently don’t carry packages or Chinese food orders to your front door. However, as automated drones drop packages on door steps and in backyards, some of those jobs may be replaced, too.

The autonomous vehicle industry will likely create new jobs, such as managers who oversee the fleets of vehicles.

The Bureau of Labor and Statistics has estimated 80,000 fast food jobs will disappear by 2024. The increase in minimum wage in various states gives companies more reason to replace workers with machines. In July, workers saw minimum wage gains in places such as Chicago, Maryland, Oregon, San Francisco and Washington, D.C. (The federal minimum wage of $7.25 hasn’t gone up in 10 years.)

Fast food positions rank among the Information Technology & Innovation Foundation’s list of most likely to be automated.

“It’s cheaper to buy a $35,000 robotic arm than it is to hire an employee who’s inefficient making $15 an hour bagging French fries,” former McDonald’s chief executive Edward Rensi said in an appearance on Fox Business Network in May 2016.

He also previously described how the number of people working in a McDonald’s has been cut in half — due to automation — since he started working at the company in the 1960s.

A human touch is essential in health care, making roles such as physicians and nurses among the least likely to be replaced by machines. The Information Technology & Innovation Foundation, which ranked more than 800 types of jobs on automation, sees these positions as safe.

Computers are increasingly good at making medical diagnoses, but patients don’t want to get diagnoses from an impersonal computer.

“They want to get it from a compassionate person who can help them understand and accept often difficult news,” MIT researchers Andrew McAfee and Erik Brynjolfsson, wrote in their new book “Machine Platform Crowd.”

But automation is playing a role in some areas of the medical world. The earliest impact of automation on medicine is affecting radiologists, who are overloaded with data as they analyze medical images such as X-rays and CT scans. Arterys, a medical imaging startup, reads MRIs to measure blood flow through the heart. It does this in seconds, freeing up the humans to focus on other tasks.

Related: What happens when automation comes for highly paid doctors

According to McAfee and Brynjolfsson, jobs that involve leading and inspiring others should be safe from a robot takeover.

In the case of a youth coach, delivering a win isn’t the most important part of the job.

“What matters is the ability to get the girls to work well together in pursuit of a goal, to teach them to be good and supportive teammates for each other, and to develop their characters through athletics,” they write.

In addition, a robot is unlikely to be able to identify leaders, manage people with difficult personalities, and help the team form a bond.

“We’re confident that the ability to work effectively with people’s emotional states and social drives will remain a deeply human skill for some time to come,” they write.

Hairstylists and cosmetologists are among the least likely to have their work automated, according to rankings from the Information Technology & Innovation Foundation. The tech advocacy group looked at Bureau of Labor and Statistics projections on workers that will be needed in 2024.

“Robots are cool, but they’re not superhuman,” Rob Atkinson, president of the Information Technology and Innovation Foundation, told CNN Tech. “There are on average 150,000 hairs on a human head and each tiny one would need to be cut to an exact and differing length. Will scientists and engineers eventually be able to design a robot that can master those operations? Not likely in our lifetimes.”

Some musicians are turning to artificial intelligence to help their creative process. Taryn Southern, who appeared on “American Idol” in 2004, has relied on AI to deliver the instrumentals for her new album. But the lyrics were all her own.

MIT’s McAfee and Brynjolfsson believes lyricists are safe from automation.

“We’ll be very surprised, though, when a digital lyricist comes along that can generate great lyrics as reliably as Cole Porter, Joni Mitchell or Jay Z,” they write. “Their creativity springs, in large part, from understanding the human condition. We see nothing to indicate that we’re getting close to digitizing this understanding.”

Artificial intelligence is arriving elsewhere in the workforce. A computer program from Automated Insights writes articles about corporate financial reports and sports. Yahoo Sports uses the technology to provide weekly recaps in its fantasy football leagues. The Associated Press receives stories on more than 3,000 earnings reports each financial quarter. It also uses the technology for summaries of minor league baseball games.

The Bureau of Labor and Statistics has estimated that jobs in the mental health and social workers who work with substance abusers will grow by 19% by 2024.

“The fundamental wiring of our brains is the same as it was 100,000 years ago, so that it’s in our deep nature of value getting various experiences — empathy, companionship, being heard, acting in groups — from other humans,” author Geoff Colvin wrote in his book, “Humans Are Underrated.”

The time we spend with screens is growing. In-person interactions are decreasing, and we are wired to crave them, so we’ll value them more highly. And the people who can deliver them are well-positioned for the future.

“We should all take a deep breath,” Atkinson wrote in his organization’s report on job automation. “Every time you read another piece about the coming ‘jobapocalypse,’ think about how hard it is to automate jobs like mining engineers, fish and game wardens [and] dentists.”