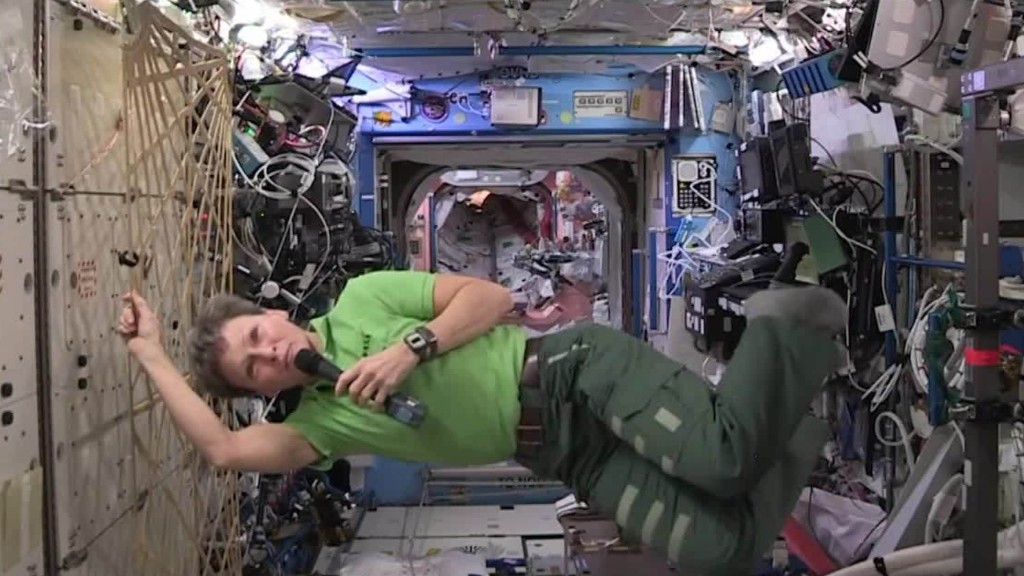 Earth isn’t the only place where people litter.

About 500,000 pieces of human-made debris such as old satellites and lost equipment are orbiting our planet, according to NASA’s Jet Propulsion Laboratory (JPL). Debris can be a threat to operating satellites, space vehicles and astronauts in space.

To tackle this problem, researchers from Stanford University and NASA’s JPL have created a robotic gripper to grab and dispose of the debris.

The team’s prototype is the first to use adhesives inspired by how geckos stick to walls. Similar to a gecko’s foot, the robotic gripper is only sticky if the adhesive flaps are pushed in a certain direction.

The group has tested its gripper — as well as smaller versions of it — in a lab and several zero gravity experimental spaces, including the International Space Station. Early test results, which were published in the journal “Science Robotics,” were “promising,” according to the researchers.

“Only when you load it in a certain direction does it suddenly adhere, and when you relax that force it comes right off,” Stanford professor of mechanical engineering Mark Cutkosky told CNN Tech. “That really is the secret to it.”

The gripper has a grid of adhesive squares on the front, and arms with thin adhesive strips that can fold out. The strips move toward the middle of the robot from both sides like it’s going in for a hug. The grid physically sticks to flat objects, while the arms grab curved objects.

Cleaning up space junk is a challenge because many materials don’t work the same way as they do on Earth. For example, sticky materials like duct tape can’t handle space’s extreme temperature swings, and magnets only work with other magnetic objects. Suction cups don’t work in a vacuum.

Previously proposed solutions such as “debris harpoons” need or cause forceful interaction with the debris, which could push those objects in unpredictable directions.

The researchers will eventually test the gripper, which is made of plywood, outside the International Space Station. They plan to also make a version with “space-friendly” materials that can hold up to high levels of radiation and extreme temperatures.

As of right now, the prototype includes rubber bands, a material that becomes brittle in space. The new design will likely attach to the end of a robot arm.

“The other area of interest is to have small robots that could climb around the outside of a space station or other structure without floating off because they stick using these adhesives. That would be to do inspection or maintenance,” Cutkosky said.

The researchers hope that someday gecko-inspired adhesive could be as common as Velcro.