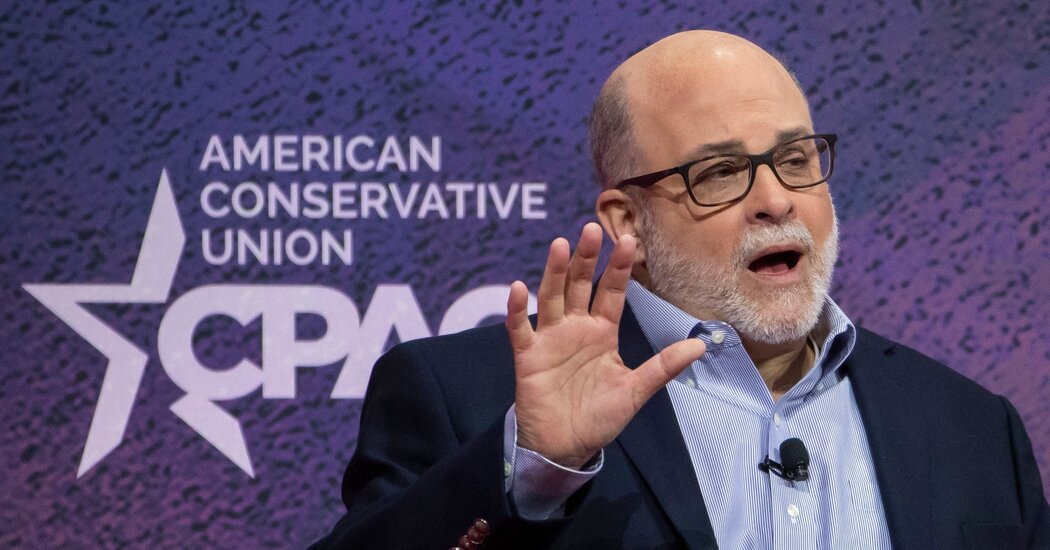 When the coronavirus death toll in the United States passed 200,000 on Tuesday, matching projections made by White House experts this spring, many of the right-wing media personalities who had mocked the estimates as overblown were quiet.

The death toll, tracked by Johns Hopkins University and a New York Times database, is most likely an undercount, many public health experts believe. At least 266,000 more people have died in the United States during the pandemic than would have been the case during a typical year.

Mark Levin, the host of a syndicated radio show and a Fox News program, declared on Twitter on Wednesday that “THE U.S. DID NOT SURPASS 200,000 COVID-19 DEATHS.” As evidence, he cited data from the Centers for Disease Control and Prevention showing that 94 percent of the reported deaths involved underlying health problems and that 6 percent of the people who died had no illness or medical condition other than Covid-19.

Mr. Levin was one of several popular radio hosts who have used the C.D.C. statistic to make a case that the pandemic death toll was inflated, a false claim that was also promoted by a supporter of the QAnon conspiracy theory and amplified by President Trump in a post that Twitter removed last month.

Health experts have repeatedly debunked that interpretation of the data. Earlier this month, Dr. Anthony S. Fauci, the country’s leading infectious disease expert, tried to clear up any misconceptions during an appearance on “Good Morning America.”

“The point that the C.D.C. was trying to make was that a certain percentage of them had nothing else, but just Covid,” Dr. Fauci said. “That does not mean that someone who has hypertension or diabetes who dies of Covid didn’t die of Covid-19 — they did.”

The South Carolina Department of Health and Environmental Control released an explanation Sept. 3 noting that the cause of death as listed on a death certificate includes an immediate cause, intermediate causes, underlying causes and contributing conditions. The department used an example to demonstrate how a person would be excluded from the C.D.C.’s 6 percent figure: if an immediate cause of death was acute respiratory distress syndrome, with pneumonia as the intermediate cause, Covid-19 as the underlying cause and asthma and diabetes as contributing causes.

“While certain people such as older adults are more likely to have more contributing factors, if the person doesn’t contract Covid-19, then those factors don’t start the cascade of events that lead to death,” the department said in a statement.

The U.S. leads all other countries in Covid-19 deaths. The grim statistics are in line with a projection made in March by Dr. Fauci and Dr. Deborah L. Birx, the White House coronavirus response coordinator, who estimated that the virus could kill 100,000 to 240,000 Americans.

In April, Rush Limbaugh, Bill O’Reilly, Tucker Carlson, Laura Ingraham and several other conservative media figures latched onto an estimate made by Dr. Fauci that month, when he said that, because of social distancing efforts and lockdown restrictions, the ultimate number of deaths could be “more like 60,000.”

The conservative author Candace Owens, who has 2.6 million Twitter followers, said the 60,000 figure was proof that “the media was always lying, and the virus was never as fatal as the experts that are chronically wrong about everything, prophesied,” as CNN noted in an article on commentators who used the revised estimate to cast doubt on science-based projections.

President Trump has frequently discussed the virus in dismissive terms. At a rally this week, he repeated the misleading claim that young people faced very little risk, although thousands of people under 65 and many others who previously seemed in good health have fallen sick.

“It affects elderly people, elderly people with heart problems,” Mr. Trump said. “If they have other problems, that’s what it really affects. In some states thousands of people — nobody young, below the age of 18. Like, nobody. They have a strong immune system. Who knows?”

He added, “It’s an amazing thing. By the way, open your schools!”