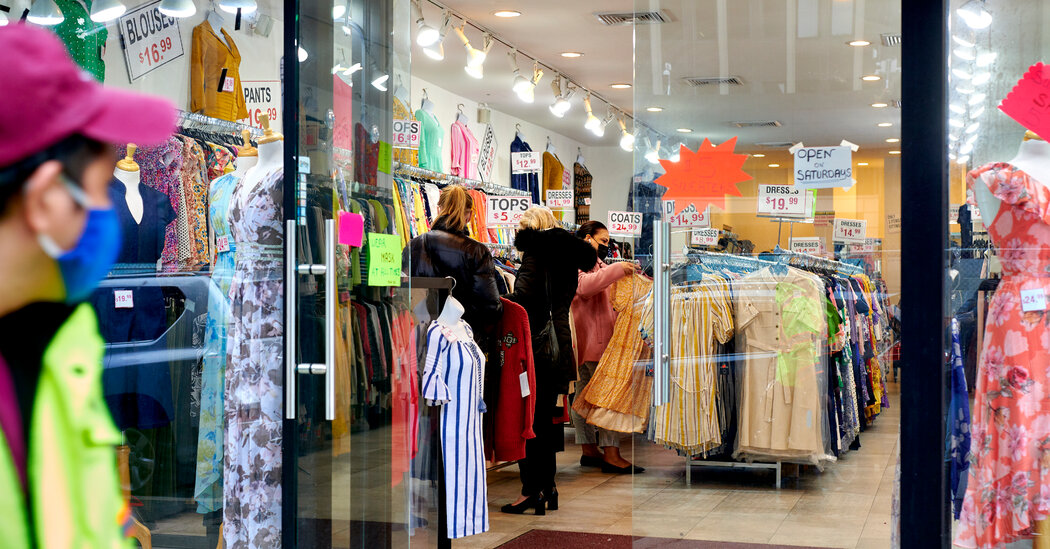 Retail sales surged in March, the Commerce Department said on Thursday, as Americans spent their latest round of government stimulus checks and the continued roll out of coronavirus vaccines lured more people back into stores.

The 9.8 percent increase last month was a strong comeback from the nearly 3 percent drop in February, when previous stimulus money had dissipated and a series of winter storms made travel difficult across much of the United States.

The rebound in March sales shows how, a year after the nation’s economy locked down to prevent the spread of the virus, consumer spending remains highly dependent on government support. It also reflects that many areas of consumption frozen by the pandemic have bounced back. Sales of clothing and accessories rose 18 percent, while restaurants and bars saw a 13 percent increase.

President Biden’s $1.9 trillion American Rescue Plan, which was signed into law last month, provides direct payments of $1,400 to lower-income Americans. Many of these checks began arriving in households toward the end of last month, when economists saw signs that spending was ramping up again, such as increased hotel occupancy and travel through airports.

Economists at Morgan Stanley had predicted that core retail sales would jump 6.5 percent in March, driven by the stimulus checks that started arriving in people’s bank accounts around March 17. The investment bank said 30 percent of consumers tend to spend their checks within the first 10 days, suggesting that many other consumers have yet to spend their checks, which could strengthen April sales.

More broadly, American consumers are also feeling increasingly optimistic as more people become vaccinated and venture out more frequently. One measure of consumer confidence, tabulated by the Conference Board, said confidence increased about 20 points in March from February, fueled by increased income and stronger business and employment expectations.