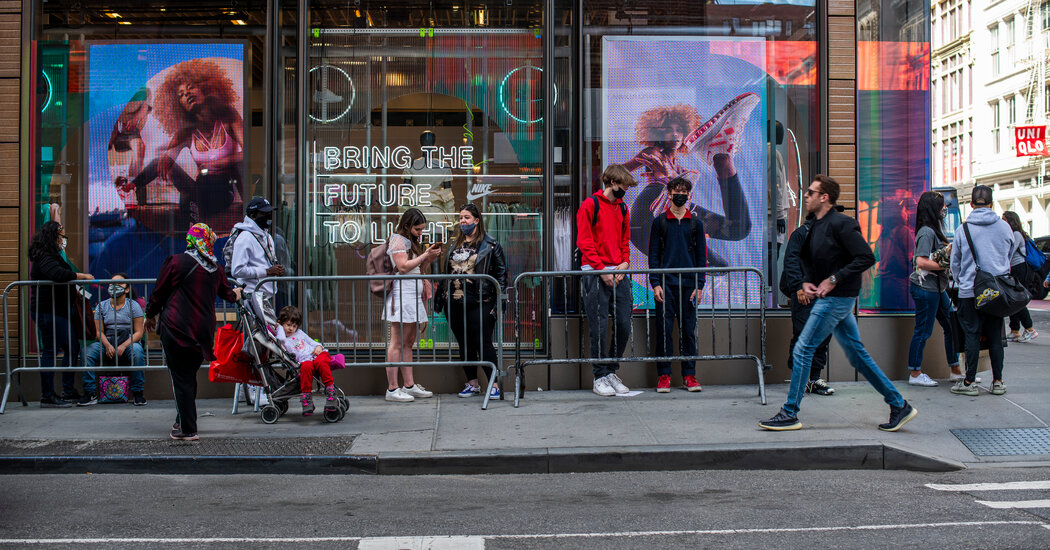 Retail sales were flat last month after a buoyant March, the Commerce Department said on Friday, as Americans continued spending their latest round of government stimulus checks.

April’s number was a slowdown from the prior month, when retail sales rose by 10.7 percent, as vaccinations increased and people became more comfortable outside of their homes, spending more money on clothing, restaurants, bars and sporting goods. Retail sales, which experienced record drops just over a year ago at the onset of the pandemic, have been closely watched as monthly gauges of the health of the economy and the mind-set of consumers.

Economists at Morgan Stanley had anticipated a smaller increase in retail sales in April compared with March based on stimulus check distribution, with roughly 83 percent of this latest round distributed in the back half of March.