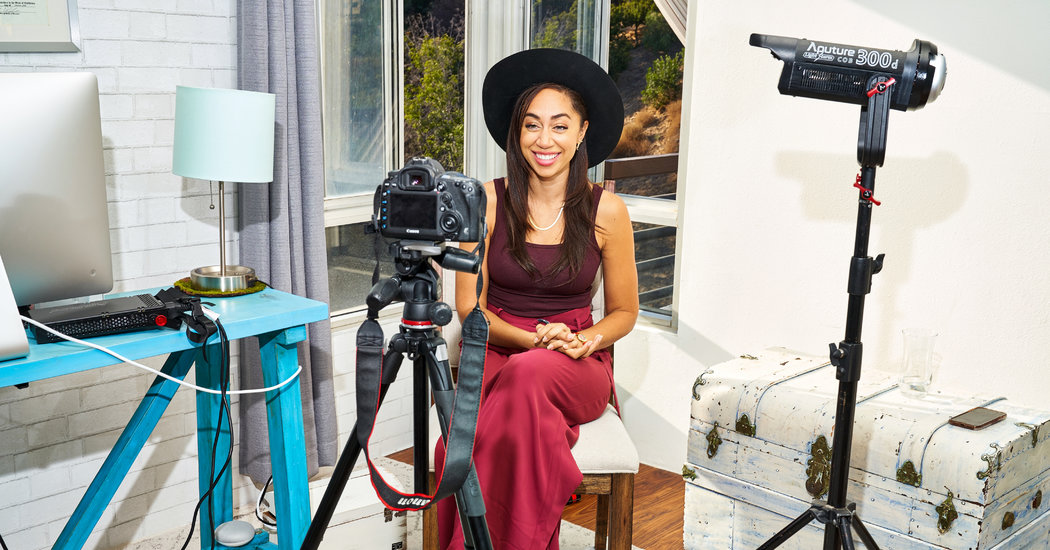 LOS ANGELES — Jeffrey Katzenberg and Meg Whitman, the founders of Quibi, a short-form video app scheduled for an April 6 debut, are trying to create a platform for the smartphone age. To entice subscribers, they have ordered big-budget shows from known quantities like Kevin Hart and Steven Spielberg — but they have turned to social media stars for the kind of casual, low-commitment programming that could make Quibi a daily habit.

Shan Boodram, a 34-year-old sex educator with 506,000 YouTube subscribers and 260,000 Instagram followers, will host “Sexology” five days a week. Another social media influencer who has signed a deal with Quibi, Rachel Hollis, has 1.6 million Instagram followers and will be the host of “The Get Up With Rachel Hollis,” a daily show of bite-size bits of motivation for young mothers.

Mr. Katzenberg likened Ms. Boodram and Ms. Hollis to the talk show hosts who made their names in an earlier media age.

“When we find someone we have a connection with, we tend to be loyal,” he said in an interview. “Ellen. Oprah. Dr. Ruth. We hope that’s what Shan is going to do, what Rachel is going to do.”

Mr. Katzenberg, a onetime chairman of Walt Disney Studios, and Ms. Whitman, a former head of eBay and Hewlett-Packard, will be competing to some extent against Netflix, Disney Plus, Amazon Prime Video and Hulu. They predict that most of their audience, however, will tune in during the daytime hours, when YouTube, Instagram, Facebook and Twitch are most active.

Quibi has handed some of the $1 billion it raised to other online influencers, including Willam Belli, who will host a fashion show. Brittany Luse and Eric Eddings will create a version of their popular podcast, “The Nod,” for the platform. And the figure skater Adam Rippon will host “This Day in Useless Celebrity History.”

These digital stars will not abandon social media for Quibi, but Mr. Katzenberg said he hoped that having a solid group of them in one place — along with short-form programming from ESPN, NBC News, TMZ and Telemundo — will persuade their fans to pay the $8 monthly subscription fee (or $5 for an ad-supported version).

“Information today is in the same place as music was seven to eight years ago,” Mr. Katzenberg said. “We have all found our little ways, our tricks to pull from different places and piece together those pieces of information that are important to us: news, fashion, sports. But those things are not professionally curated, not professionally produced and not convenient.”

For Ms. Hollis, part of Quibi’s appeal is that it is not proven.

“There have been plenty of times over the years where I’ve tried a new platform, got real excited about it and maybe it didn’t work out,” she said. “But as an influencer, what everyone dreams about, literally, is being an early adopter. The magic is being the first person to step into the space.”

Quibi plans to offer three tiers of programming. At the top will be the big-budget content, with high production values — things like “Spielberg’s After Dark,” a horror anthology series that will be available on the app only after the sun goes down. In the middle will be reality programming from Jennifer Lopez and others. The shows made by the influencers will fall into the third tier, which Quibi calls Daily Essentials.