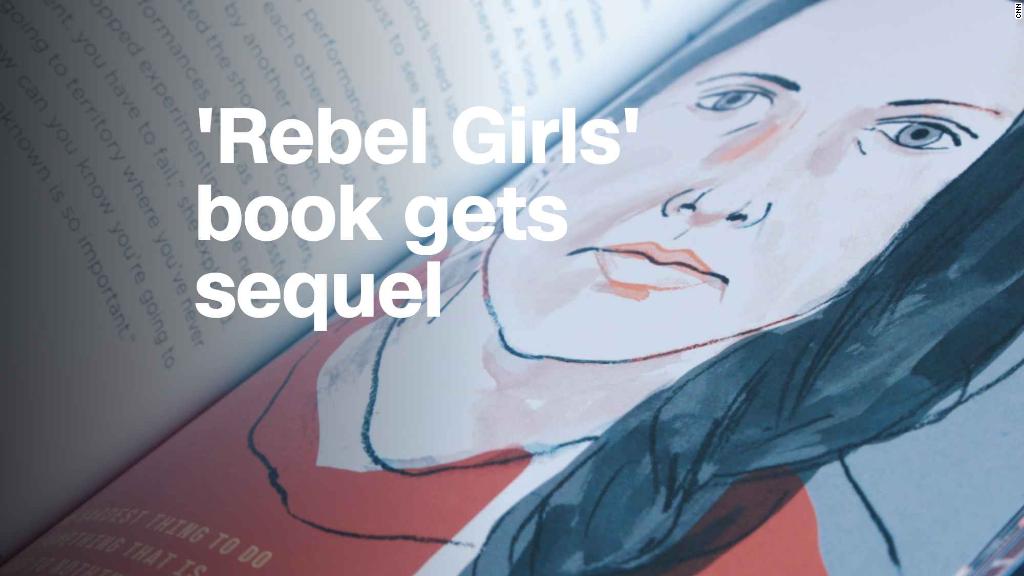 You could call them rebel girls themselves.

The authors behind the best-selling children’s book “Good Night Stories for Rebel Girls” are once again putting a modern spin on fairy tales with a collection of real-life female super heroes.

The book, which debuted in 2016, featured 100 stories about the lives of women, from Queen Elizabeth I to Serena Williams.

Now, “Good Night Stories for Rebel Girls Volume 2” — due out November 20 — builds on what they first started. It includes another 100 stories of female scientists, engineers, judges and painters to encourage young girls to grow up to be and do whatever they choose.

The stories come from all over the world, including China, North Korea and the Sudan.

Like with the first book, all visuals are drawn by female illustrators.

“The main message of the book is extraordinary women are all around us,” co-author Elena Favilli told CNN. “They are your neighbor, your friend, your classmate, your teacher, your mom.”

Before the original book became a New York Times bestseller, it was the most funded children’s book in the history of Kickstarter, raising more than $675,000 from 13,000 backers in one month.

Favilli, 35, and fellow author Francesca Cavallo, 34, moved to Silicon Valley from Italy in 2012 to launch Timbuktu Labs, a children’s focused publisher. The first product was Timbuktu Magazine, an iPad news magazine for kids.

However, the odds were stacked against the two women trying to grow the company.

“All the investors you talk to are men,” Favilli told CNN Tech. “They ask if you have kids, or tell you your idea is cute, but it won’t be big enough.”

“We were told again and again we would never be able to raise serious money from venture capitalists,” she said. “At some point, you start doubting yourself and start thinking maybe they’re right.”

In 2015, Favilli and Cavallo moved from San Francisco to Los Angeles. Ultimately, they wanted to compile a series of short stories about extraordinary women into a book. They turned to crowdfunding to help finance the project. With a modest goal of raising $40,000, the book was funded in 48 hours.

“The response was phenomenal,” Favilli said.

The book has since since been published in over 30 languages, including those spoken in conservative markets. (Turkey is its fourth largest market behind Spain, Italy and the United States).

Global sales are nearing one million copies sold. The authors are also launching a podcast in January that will elaborate on the stories featured in the book.

The team also plans to expand its Timbuktu Labs publishing platform so more female authors and illustrators can bypass traditional publishers or distributors and sell directly to consumers.

Considering Favilli is out to change publishing — and in many ways, already has — she’s proof women everywhere can make their fairy tales come true.

When asked what advice she’d give to others, she points to the dedication in the first book.

“To the rebel girls of the world: Dream bigger, aim higher, fight harder and when in doubt, remember you are right.”