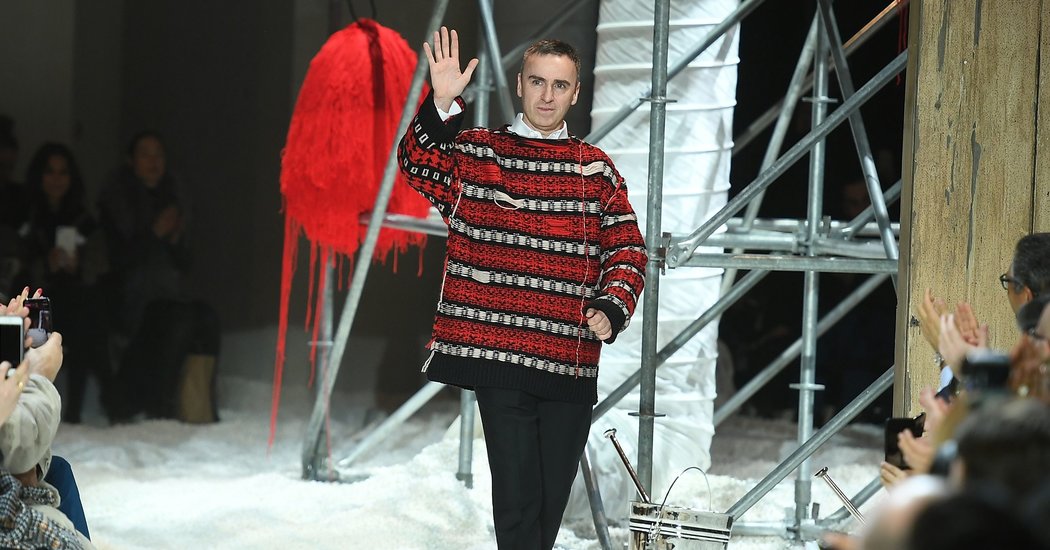 MILAN — In a move that could reshape the fashion world, Miuccia Prada and Patrizio Bertelli, the creative director and chief executive of the Prada Group, the thinking woman’s brand and one of the gravitational poles of the Italian industry, announced on Sunday that they were appointing the Belgian designer Raf Simons as co-creative director of Prada.

He and Ms. Prada will have “equal responsibilities for creative input and decision-making,” the announcement said.

The disclosure came on the final day of Milan Fashion Week — and two days after what was Ms. Prada’s last solo ready-to-wear show — at a live news conference held in the brand’s headquarters.

Although limited edition collaborations have become a trend in fashion, this takes the idea to an entirely different level, especially in an industry where designers are not known for sharing the spotlight and sole aesthetic authorship is traditionally fetishized.

Mr. Simons, 52, who most recently was chief creative officer of Calvin Klein but left that post in December 2018, and Mrs. Prada said they had been in discussions for more than a year about the possibility of working together.

Mrs. Prada, 71, denied the decision to work together was taken as preparation for her eventual retirement. Rather, both designers presented it as a reaction to the evolution in the fashion world toward a focus that prioritized commercial results over creativity, and an attempt to right the balance.

The “fashion industry is moving more and more toward an industry that might end up excluding creatives,” Mr. Simons said. “I see more and more the possibility of having a strong business without strong creation. That is something we do not agree with, Miuccia and myself, and I know for a fact many designers do not agree with. We think we should not forget in this business about creativity.”

Their first joint show will be in September. Mr. Simons will not work on Prada’s Miu Miu brand, and he will continue to design his own namesake line.

(This story is developing.)