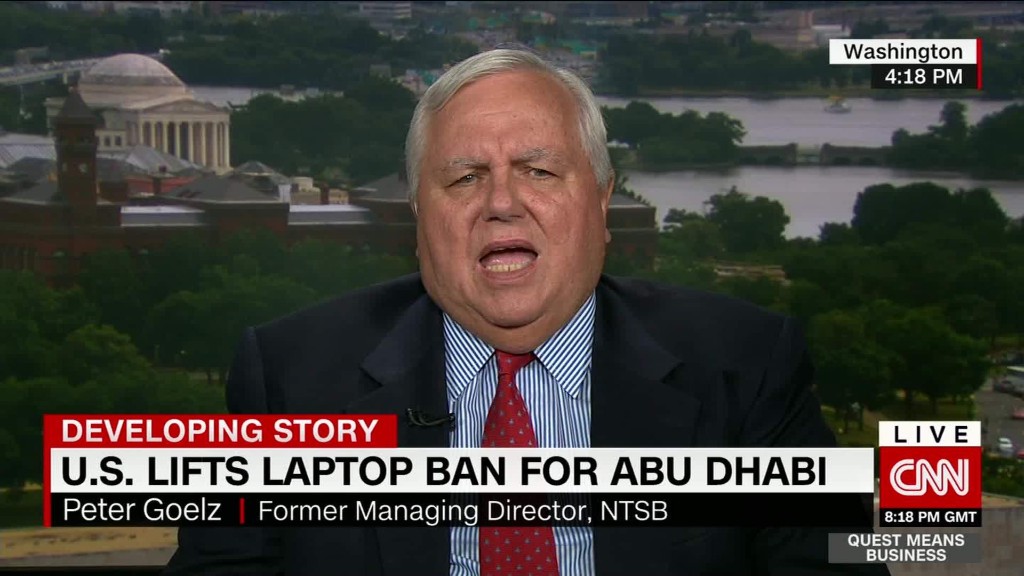 Another major airline has gotten the all clear to let passengers bring laptops and tablets into the cabin on flights to the U.S.

Qatar Airways said a U.S. ban on electronic devices larger than a smartphone in cabins was lifted Thursday.

“Qatar Airways and Hamad International Airport have met with all requirements of the U.S. Department of Homeland Security’s new security guidelines,” the airline said in a statement, referring to the airport in Doha, the capital of Qatar.

The U.S. introduced the ban in March over concerns that devices could be used to smuggle explosives on board.

The Department of Homeland Security (DHS) has refused to detail all the new requirements for security reasons, but they include greater scrutiny of passengers entering the US, enhanced screening of electronic devices and better deployment of canines that detect explosives.

Three other big airlines have had the laptop ban lifted in recent days after they and the airports from which they fly to the U.S. put additional security measures in place: Etihad of Abu Dhabi, Emirates of Dubai and Turkish Airlines.

The ban still applies to U.S.-bound flights from six other airports in the Middle East and North Africa. It will continue to affect five airlines.

Saudi Arabia’s national carrier, Saudia, said Tuesday it was working to implement the DHS measures and aims to have the ban lifted by July 19. The DHS said it wasn’t in a position to confirm that.

Related: How Qatar is shrugging off partial Arab embargo… for now

Even though the U.S. ban has been lifted, Qatar Airways is still facing another major international headache.

A month ago, it suspended all flights to Saudi Arabia, the United Arab Emirates, Bahrain and Egypt “until further notice” after those countries broke off diplomatic relations and transport links with Qatar.

Qatar Airways’ CEO, Akbar Al Baker, said last month the company is scheduling more flights to other destinations to make up for the lost business.