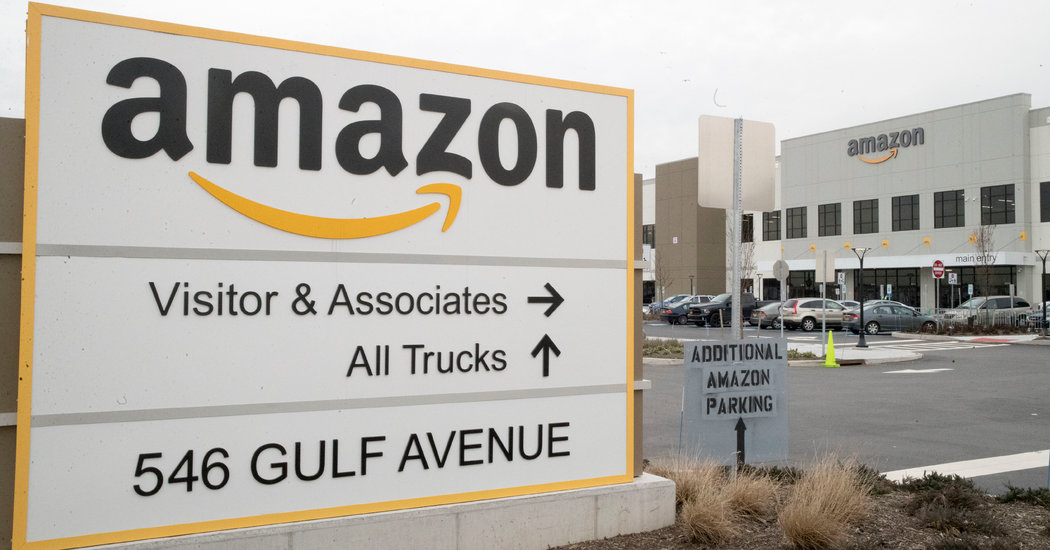 When Amazon announced Thursday that it was abandoning plans for an additional corporate headquarters in New York, no one was more surprised than the union leaders who were in talks with the company the day before.

On Wednesday, Gov. Andrew M. Cuomo brokered a meeting between labor leaders and Amazon executives that resulted in a tentative agreement to hash out ground rules for how the company would respond to efforts by workers to unionize, according to the head of the retail workers’ union and another person who was present.

Labor groups had resisted Amazon’s plans for a vast Queens office complex partly because of what they saw as the company’s hostile relationship to unions. One of the main sticking points was a newly opened $100 million Amazon warehouse on Staten Island’s west shore, where the retail union is trying to organize the 2,500 workers.

Workers went public with a campaign to unionize the warehouse in December, shortly after Amazon named Queens as one of the sites of its headquarters expansion. Labor leaders wanted the company to refrain from aggressively discouraging employees from joining a union. Amazon had been resistant. It has no unions across its huge nationwide network of warehouses or elsewhere among its work force.

Amazon has other distribution centers in the region, but the Staten Island operation was its first foothold in New York City, where union opposition long kept Walmart, another nonunion retailer, from locating.

At a recent hearing, the City Council speaker, Corey Johnson, asked Amazon executives whether they would remain neutral in the face of a unionization push. “No, sir,” replied Brian Huseman, a vice president at the company. Reiterating a longstanding Amazon position, he said the company felt it could best address employees’ concerns by maintaining a direct connection with them.

Then, on Wednesday at 11 a.m., Stuart Appelbaum, the head of the retail union, decamped to Governor Cuomo’s Manhattan office. In an interview, Mr. Appelbaum said he was joined at the meeting by officials from the Teamsters and the A.F.L.-C.I.O., while Amazon was represented by several executives. The governor presided over the exchange, which lasted more than an hour, according to Mr. Appelbaum and one other person present.

“It was a very productive meeting, and we were ready to move forward,” Mr. Appelbaum said in an interview. “We left there thinking we were on the road to dealing with our concerns.” Amazon and Governor Cuomo’s office would not comment on the meeting.

There is no evidence that the union issue was the primary factor in Amazon’s decision. But the 11th-hour meeting suggested that there remained an opening until just before the announcement came.

By the meeting’s close, Mr. Appelbaum said, Mr. Cuomo had outlined a plan that the unions believed would eventually result in an agreement. The governor wanted the labor groups to get their lawyers to draft language about how it would like the company to handle four aspects of its relationship with workers at the Staten Island warehouse, said Mr. Appelbaum and the other person.

Under the terms discussed, they said, there would be no “hostility” between Amazon and the union; the company would not retaliate against workers who sought to organize; there would be a fair union election process; and there would be some agreement about the union’s access to workers and communications with them.

The labor groups did not insist that Amazon refrain from making its anti-union case to workers, Mr. Appelbaum said. “We believe there should be neutrality” by the company toward unionization, he added, “but the governor said in order to make the deal happen that wouldn’t be part of it.”

On Wednesday night, he said, his union’s lawyers began writing guidelines based on the points raised at the meeting. He said he expected to keep talking with Amazon on how the two sides would deal with those issues.

“It was a very cordial meeting,” he said. “We addressed concerns. We listened to each other. We talked about next steps. Everyone agreed on a continued conversation.” The meeting ended with handshakes, he said.

But a day later, he learned from a news alert that Amazon was backing out.