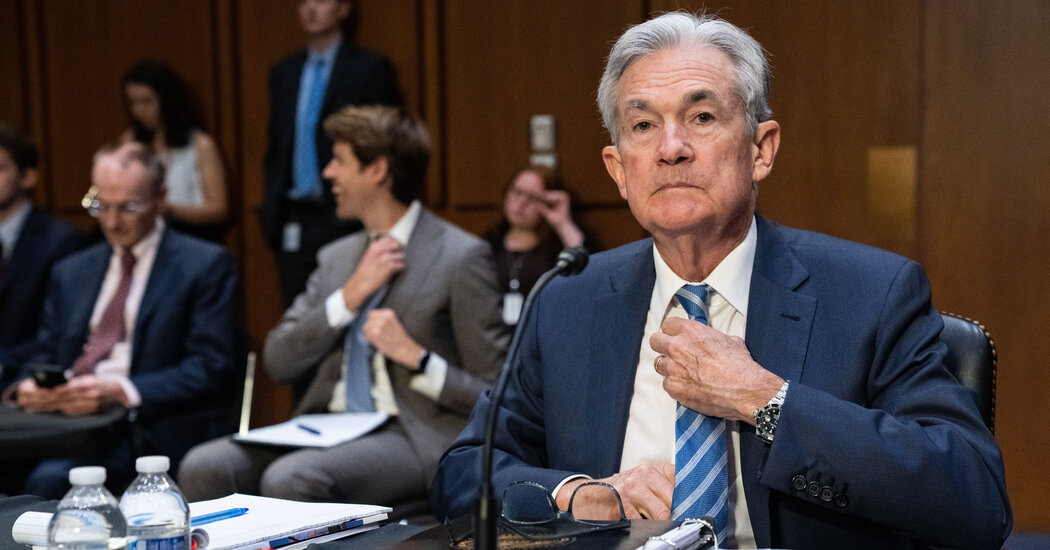 Jerome H. Powell, the chair of the Federal Reserve, said it was unclear whether the global pressures that kept price increases slow and steady for years before the pandemic would ever return — and he underlined that it was critical for the central bank to stabilize prices in a new and more disrupted world.

“We’ve lived through a period of disinflationary forces around the world,” Mr. Powell said on Wednesday, speaking on a panel alongside the heads of the European Central Bank and the Bank of England. “Since the pandemic, we’ve been living in a world where the economy is being driven by very different forces, and we know that — what we don’t know is whether we will be going back to something that looks more like, or a little bit like, what we had before.”

He added, “We suspect that it will be kind of a blend.”

The Fed chair said that the central bank’s job was to find price stability and maximum employment in the new economic situation.

Inflation is high across many developed economies, bolstered by rapidly climbing gas prices, high food costs and supply chain issues that started early in the pandemic and have cascaded since. Some of the inflation the United States is experiencing is driven by strong underlying domestic demand — apartment rents are increasing sharply, hotel room rates are way up and a variety of services have grown more expensive. But those shared global problems are also causing a big portion of recent price increases.

As inflation runs at the fastest pace in four decades in the United States, Fed policymakers have been raising interest rates quickly to try to wrangle it back under control, lifting their main policy rate by a quarter point in March, half a point in May and three-quarters of a point in June. Central bankers have indicated that they want to raise rates well above 3 percent, compared with their current 1.5 to 1.75 percent range, by the end of the year.

“The aim of that is to slow growth down so that supply can have a chance to catch up,” Mr. Powell said Wednesday. “It’s a necessary adjustment that needs to happen.”

The Fed chair said that “right now, supply and demand are out of balance in many parts of the U.S. economy,” including the labor market.

Unemployment has sunk rapidly from double-digit levels in 2020 to 3.6 percent, near its lowest level in half a century, and there are now nearly two job openings for every applicant in the United States. Fed officials have been hoping that given that underlying strength, they might be able to slow the economy and cool demand without tipping the economy into a painful recession.

But central bankers, including Mr. Powell, have emphasized that achieving that optimistic outcome has become more challenging.

“We don’t have precision tools,” Mr. Powell acknowledged on Wednesday, adding that “the events of the last few months have made it significantly more challenging, thinking there particularly of the war in Ukraine, which has added tremendously to inflationary pressures” in commodities.

“It’s gotten harder, the pathways have gotten narrower,” Mr. Powell said of a so-called soft landing. “Nevertheless that is our aim.”