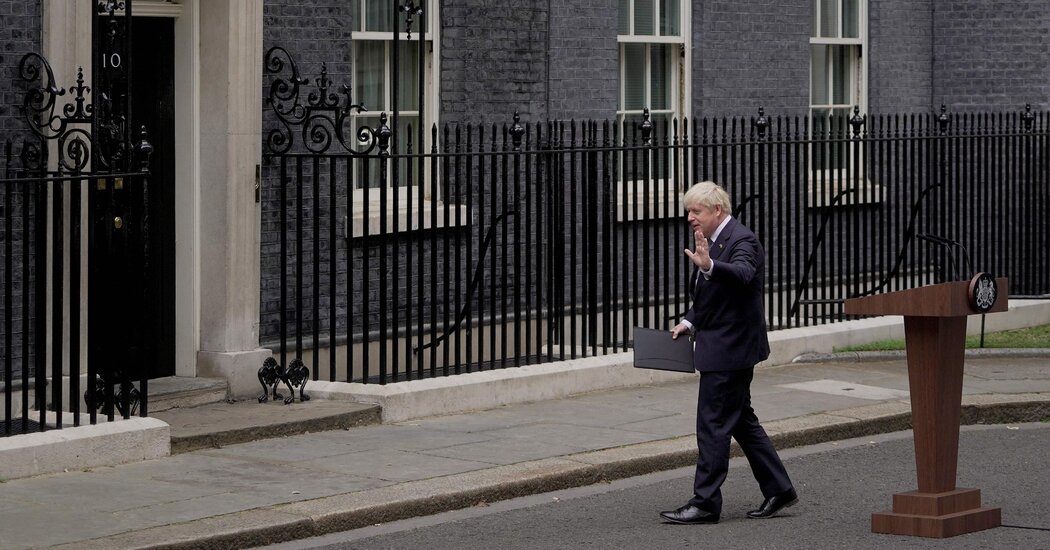 The British pound rose slightly after Boris Johnson said he would resign as Britain’s prime minister on Thursday, in a choppy trade at a time of great political turmoil in London.

The FTSE 100, the benchmark British stock market index, which also began the day with a gain, initially dipped on the news but later regained ground, rising more than 1 percent after Mr. Johnson’s resignation speech. The pan-European Stoxx 600 index was up more, nearly 1.5 percent.

Britain’s economic outlook is grim, presenting a major challenge for Mr. Johnson’s successor. Inflation is at a 40-year high and households are facing the worst squeeze on incomes in generations. Businesses are struggling to hire workers since Brexit and the pandemic have diminished the pool of available workers. As pay falls far behind inflation, workers have carried out strikes that set Britain up for a summer of labor unrest.