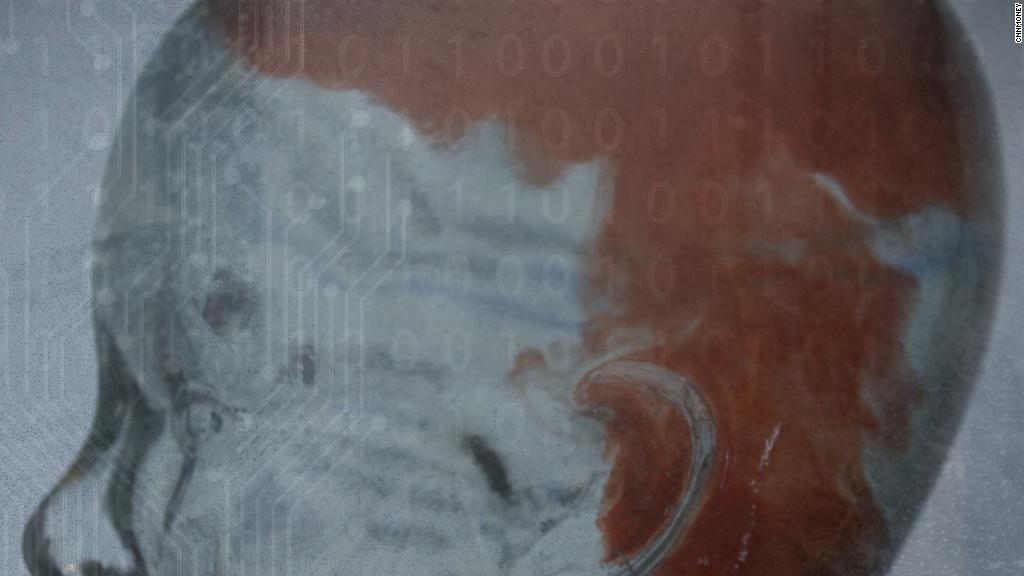 The phrase comes from a scene in the 1999 film “The Matrix.” Morpheus (played by Laurence Fishburne) offers Neo (Keanu Reeves) a choice: Take the blue pill and stay in the safe but fake world you’ve always known, or take the Red Pill and tumble down the “rabbit hole” of the harsh real world.

Today, people (mostly men) who adhere to the “Red Pill” philosophy essentially believe that everything they’ve been told about gender, race and politics is a lie — that their version of reality is the true one.

“These communities see themselves as opting out of a system that they think is fundamentally corrupt. That’s how they see their radicalization,” said Rebecca Lewis, a research analyst at Data & Society Research Institute who’s been following these groups since 2015.

Swallowing the Red Pill can mean different things to different people, but it often starts with the idea that feminism is toxic, men are oppressed and emasculation is ruining society.

“That was essentially my gateway drug into the manosphere” said Josh, a 36-year-old former Red Piller. “The whole concept that feminism was my enemy.” (Josh isn’t his real name — he asked to remain anonymous because he’s embarrassed of his former behavior and thinks it could cost him his job.)

There are scores of forums and websites that host this school of thought. One notable space is the Reddit forum r/TheRedPill. The subreddit, which has more than 200,000 subscribers, bills itself as a place for “the discussion of sexual strategy in a culture increasingly lacking a positive identity for men.”

These forums have posts that offer tips for picking up women, conversations about eating healthier and threads with fitness advice.

But below the surface of what sounds like a positive digital space for men, there’s a deep undercurrent of misogyny. It’s really a place where men can commiserate on how they’re oppressed by women.

“The underlying idea of that community is that the modern day is getting to be a more and more difficult time for men,” said Lewis. “They think that any increase in women’s sexual agency is a threat to their dominance in the dating scene.”

That anxiety is expressed through posts that advocate the manipulation and dominance of women, or, in some cases, the abandonment of romantic relationships altogether. Some posts even go as far as to say that women want to be raped, calling rejection “token resistance.”

“It can be really vicious,” said Lewis. “In their mind, it really shifts the idea of rape and erases it.”

Reddit updated its content policy last week saying it would “take action against any content that encourages, glorifies, incites or calls for violence or physical harm against an individual or a group of people.” In a message to moderators, it acknowledged that enforcement “may often require subjective judgment.” The company would not comment specifically on the Red Pill groups.

Some point to the Red Pill community as a gateway to the alt-right and a breeding ground for toxic views tied to racism and anti-Semitism. According to Lewis, once someone believes that men as a group are oppressed by feminism, those feelings of animosity can widen to include other groups as well.

“If these people have already given them advice that they trust on dating and on women, then they’re going to be more willing to listen to them on issues of race and sexuality,” she said. “They often have experienced other social challenges, whether that’s bullying or unemployment or romantic rejection, and so they may get drawn into these online spaces where they’re being told that actually it’s women and feminists and immigrants who are the problem. Once you start from that basis, it’s really easy for it to snowball.”

Josh said he experienced this firsthand.

“The alt-right and a lot of the men’s rights activists, they [don’t] calm that fear [of emasculation], they kind of stoke that fire.”

He said he spent nearly 13 years down the Red Pill rabbit hole.

“It is a very long time to spend angry,” he said. “I commented. I read. And for anyone who I thought really wasn’t carrying the torch properly, I would call them all sorts of horrible names.”

Josh bounced from movement to movement until he finally saw a post that pushed him to spit out the Red Pill.

“As soon as I started realizing that they weren’t just limiting their vitriol just to women, as soon as they started targeting people of color,” he said. “There was this very small voice in the back of my head saying, ‘Hey, idiot, wake up, they’re talking about you.'”

Josh is black — and he said when he was Red Pilled, he turned against his own race, becoming sympathetic to white nationalist causes.

According to Josh, what finally broke him was the reaction of this community to the deaths of Trayvon Martin, Mike Brown and Freddie Gray.

He said forums that allow commenters to remain unidentified are making it easier for the white nationalist movement to spread.

“It just made it where people can actually still retain that anonymity without having to put on a white hood,” he said.

Lewis noted these communities use mainstays of internet culture — humorous memes and language — as a recruiting tool online.

“They draw people in with irreverence and irony,” explained Lewis. “A lot of people will start being ironically racist before they start being really racist.”

“We don’t go online to become more moderate,” said Dr. Aboujaoude. “There isn’t communication across groups. There isn’t anyone that you’re willing to have a rational conversation with who can pull you to the center and away from these more extreme positions.”

When you think internet radicalization, terrorist groups like ISIS come to mind. But according to Dr. Aboujaoude, this polarization is happening to all of us — and the more time we spend looking at our screens, the more our digital identities and physical selves merge.

“There is something rewarding about acting disinhibited online, because you feel like you’re getting away with something that, in the moment, can feel good,” he said. “So, you do it once, you’re more likely to do it twice, and then maybe ten times online, and then after the 10th time, it’s become so normalized that it’s easier for it to be transposed offline.”

While these groups are scattered across the internet, they found a cause to rally around in 2016.

“Trump was a way that [the Red Pill community] could all come together and unite around a common goal,” said Lewis. “As they’re getting radicalized, they are trusting establishment media less and less, they’re trusting education less and less. They really liked that he represented this anti-establishment movement.”

Red Pillers saw candidate Donald Trump as a champion of their own views: He blasted political correctness, made comments that many viewed as sexist and lobbed accusations of “fake news” at the mainstream media. Some even went so far as to call him the “Red Pill candidate.”

Now that Trump is in office, Red Pillers think they have an opportunity to bring their views into the mainstream and are attempting to convert the public, otherwise known as “normies,” to their version of reality, according to Lewis.

“They’re trying to spread misinformation to social networks, to amplify their messages using Twitter hashtags, to try to get Trump to retweet something,” said Lewis. “I think we need to be very on guard about the ways that their extremist ideas are going to start slipping into our culture more and more.”