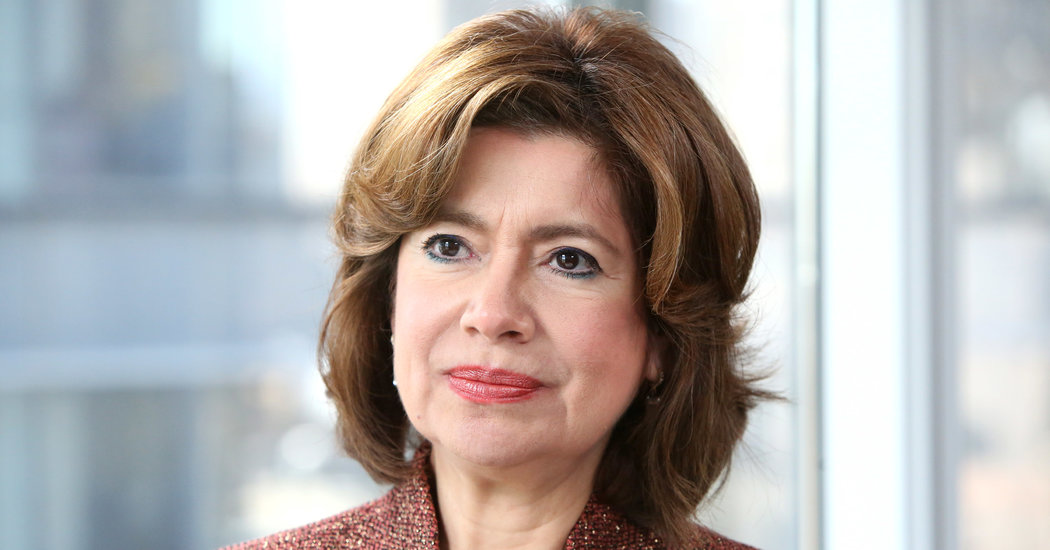 The board vowed that it would not stop trying to find a way to avoid bankruptcy.

“We will continue to work tirelessly — as we have for months — to determine if there are any viable options,” it said.

Ms. Contreras-Sweet declined to discuss the decision beyond a statement issued by the investor group, which included the billionaire Ron Burkle, who has a long history with the Weinstein Company, and Lantern Capital, a Texas private-equity firm.

Ms. Contreras-Sweet went on to thank numerous parties, including Mr. Burkle and Tarak Ben Ammar, a Franco-Tunisian financier and film producer who is one of three remaining members of the Weinstein Company’s board. Conspicuously absent were the other two: Lance Maerov, an executive at the advertising giant WPP Group, and the co-owner Bob Weinstein, who has been struggling to keep the studio afloat since October, when The New York Times and The New Yorker disclosed decades of sexual harassment allegations against his brother, Harvey Weinstein.

The on-again, off-again effort by Ms. Contreras-Sweet’s group to buy most of the Weinstein Company’s assets encountered its first major snag last month. Eric T. Schneiderman, the New York attorney general, filed a lawsuit against the company and the Weinstein brothers on Feb. 11 alleging that they had violated state and city laws barring gender discrimination, sexual harassment and coercion.

At the time, Mr. Schneiderman said that the deal being discussed between Ms. Contreras-Sweet and the Weinstein Company was unacceptable because it did not adequately compensate victims, protect employees and ensure that those who enabled or perpetuated Mr. Weinstein’s conduct would not be rewarded.

The Weinstein Company and the investor group moved to address those concerns, but the studio’s board announced on Feb. 25 that it would file for bankruptcy because Ms. Contreras-Sweet had not delivered on a promise to fund the studio’s operations until a transaction was completed.

Mr. Schneiderman got the deal back on track late last week, when he hosted a meeting between the two sides at his offices. He did so after the buyers and sellers had committed to terms that satisfied his concerns.

The deal reached in that meeting, for instance, included a victims’ fund worth up to $90 million. Harvey and Bob Weinstein, who jointly own about 42 percent of the Weinstein Company, would receive no cash from the sale.

Amy Spitalnick, the press secretary for the attorney general, said in a statement on Tuesday that Mr. Schneiderman’s lawsuit against the Weinstein Company and the Weinstein brothers remained active and an investigation into wrongdoings at the studio was ongoing.

The attorney general’s office also did not rule out the possibility that an already protracted sale process could have further twists. “We’ll be disappointed if the parties cannot work out their differences and close the deal,” Ms. Spitalnick said.

After failing to find other buyers who would keep the studio intact — Lionsgate, Shamrock Capital Advisors, Killer Content and the Qatari company beIN Media Group were among those considering various pieces — the Weinstein Company board entered into exclusive negotiations with Ms. Contreras-Sweet’s group in late January.

Ms. Contreras-Sweet has no experience in Hollywood, but she is known in Los Angeles business and political circles. Much of her business career was spent at a California 7Up bottler, where she became vice president of public affairs and a part owner, according to her website.

She then ran the California Business, Transportation and Housing Agency, managing a $14 billion budget. After that, she co-founded a private equity firm and in late 2006 founded ProAmerica Bank, which focused on Latino small business owners. The bank struggled and was sold in 2015.

An earlier version of this article misstated the size of the budget that Maria Contreras-Sweet managed at the California Business, Transportation and Housing Agency. It was $14 billion, not $14 million.