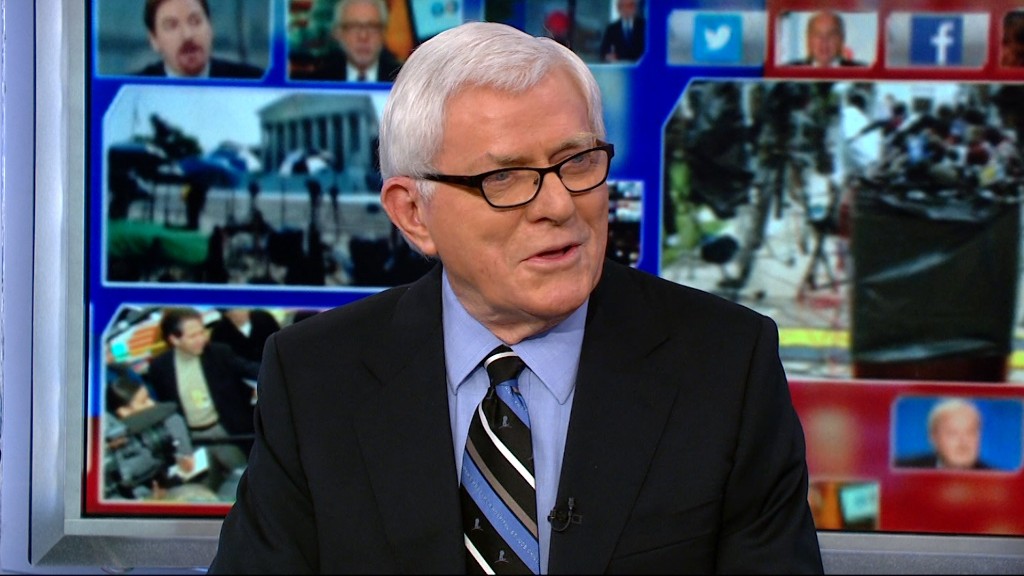 The 81-year-old Donahue said Sunday on CNN’s “Reliable Sources” that Americans tout their patriotism, but about half of them don’t vote.

“Hypocrisy is killing us,” he said.

Donahue argued that Trump’s base represented a small percentage of the country, but elected Trump because they were “angry” and showed up to the ballot boxes last November.

Related: There are Trump’s claims about jobs. And then there are the numbers

“These are angry people,” he said. “Maybe they haven’t had a raise in eight years. The rumor is that their company is being sold. Their kids can’t pay back their college loans. They come back exhausted from their day at the factory, and they read the paper where a guy at a hedge fund made a million dollars on Thursday.

“You can’t do this to people,” Donahue said. “Sooner or later, they’re gonna go ‘kaboom.’ And they did. And the ‘kaboom’ expressed itself in the election of Donald Trump.”

Donahue also criticized the media for “missing the mark” when it came to covering Trump. He said that journalists should “get out of Washington” and spend more time talking with Trump’s voters — the “real people.”

That’s the approach Donahue took during his decades-long run as host of “The Phil Donahue Show.”

The program, which ended in 1996, was known for giving people from all walks of life a microphone. And it tackled political and social issues before they became common fodder on television.

It wouldn’t be the first time. Trump appeared on Donahue’s show back in 1987 when the businessman was 41 — long before he entered politics.

The pair discussed Trump’s real estate business and his new book at the time, “The Art of the Deal.”