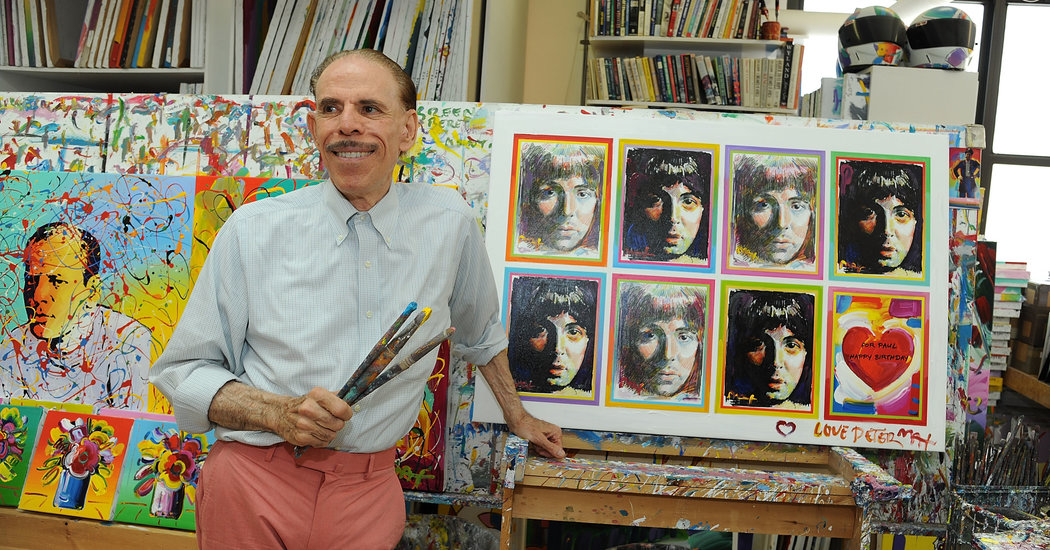 A Michigan gallery that has had a long and lucrative relationship with the pop artist Peter Max sued his studio on Monday, alleging breach of contract and misconduct in the sale of “several thousand works of art by Max for several million dollars.”

Park West Gallery, with sales of roughly $500 million annually, said it had an Oct. 31 contract to buy a trove of Mr. Max’s “personal selections” from ALP, the company that runs his studio and business. On April 5, the lawsuit alleges, ALP tried to rescind the sale of these works, a mix of paintings and collages that the artist had put aside because he was particularly proud of them.

“The studio was paid in full and shipped the artwork, but now is attempting to back out of a valid and binding contract,” Park West’s lawyer, Luke Nikas, said in an emailed statement.

A lawyer for ALP, Jeffrey M. Eilender, called the lawsuit meritless and said it was an attempt to pre-empt a lawsuit that ALP planned to file claiming that Park West stole artwork Mr. Max “had specifically reserved for himself and his children.”

“This surreptitious misappropriation occurred in violation of Peter Max’s specific wishes and the express directives of ALP’s board of directors,” Mr. Eilender added.

With its 65,000-square-foot headquarters behind Grecian columns in Southfield, a Detroit suburb, Park West calls itself “the world’s largest art dealer.” The company says it has sold art to more than two million customers, largely through auctions at sea on Royal Caribbean, Carnival, Norwegian and other major cruise lines.

The lawsuit strains and potentially severs a 50-year alliance between Park West and Mr. Max, 81, whose cheery, technicolor works are the centerpiece of those hugely profitable — and controversial — auctions. In the 1960s and ’70s, Mr. Max’s art was so ubiquitous that it appeared on the side of jumbo jets, in psychedelic posters splashed in college dorms and on a chunk of the Berlin Wall. President Ronald Reagan asked him to paint a variation of his patriotic “Liberty” on the White House lawn.

Albert Scaglione, Park West’s chief executive, who founded the gallery in 1969, “developed a close personal relationship and friendship” with Mr. Max, according to the suit, which does not name the artist directly. Mr. Max isn’t directly involved in the running of ALP, which handles sales, marketing and licensing of his work.

Mr. Max’s adult children, Adam Max and Libra Max, each control 40 percent of ALP (which stands for Adam, Libra and Peter), with Mr. Max controlling 20 percent. In recent years, the siblings have wrestled each other for control of their father’s business. Ms. Max recently seized the helm of her father’s studio from her brother, straining the relationship with Park West, by far the biggest buyer of Mr. Max’s art. The agreement that’s in dispute was executed by Adam Max.