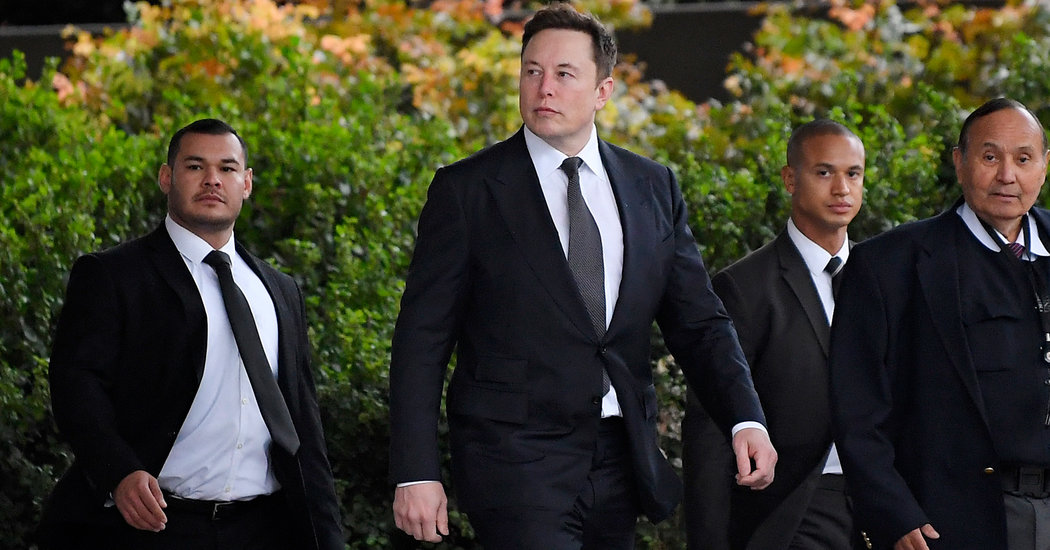 That was how the British cave explorer Vernon Unsworth said he felt after Elon Musk called him “pedo guy” on Twitter.

“I felt it to be disgusting,” Mr. Unsworth testified on Wednesday in Los Angeles at the trial of his defamation suit against Mr. Musk. “I was effectively given a life sentence without parole.”

The trial has centered on a bitter exchange between Mr. Musk and Mr. Unsworth from summer 2018, as each separately sought to help rescue a group of boys trapped in a cave in Thailand.

As international attention on the trapped children intensified, Mr. Musk, the billionaire founder and chief executive of Tesla, sent a team of engineers to the scene and proposed an unusual rescue strategy: a minisubmarine.

Mr. Unsworth, a veteran cave explorer with experience navigating the very system in which the group was trapped, dismissed the idea as impractical in a CNN interview, saying that Mr. Musk could “stick his submarine where it hurts.”

Mr. Musk, who at the time had 22 million followers on Twitter, responded with the post that seemed to imply Mr. Unsworth was a pedophile. On Thursday, the third day of testimony in the defamation trial, lawyers for Mr. Musk argued that the comment, however impolite, did not cause Mr. Unsworth any reputational damage.

Bill Price, one of Mr. Musk’s lawyers, pointed to a photograph of Mr. Unsworth standing next to the British prime minister at a ceremony at 10 Downing Street, as well as a Daily Mail video of a smiling Mr. Unsworth celebrating the cave rescue.

Since the Twitter exchange, the lawyer said, Mr. Unsworth has been approached by a music producer seeking to represent him in book or movie deals and has participated in two documentaries about the rescue.

“Nothing Mr. Musk tweeted got in your way,” Mr. Price said.

Mr. Price also sought to shift attention from the “pedo” remark to Mr. Unsworth’s initial comments about the submarine, asking the cave explorer whether he thought Mr. Musk was so “cold hearted that he would send a submarine only as a P.R. stunt.”

Mr. Unsworth denied that he had ever directly attacked Mr. Musk. “My insult was to the tube,” he said. “Not to Mr. Musk personally.”

So far, Mr. Musk’s defense has rested largely on the claim that “pedo guy” is a generic insult common in his childhood home of South Africa rather than an actual accusation of pedophilia.

“It’s quite common in the English-speaking world,” Mr. Musk argued from the witness stand on Tuesday, the opening day of the trial. “I’m quite confident if you do a search, it will just say ‘creepy old dude.’”

Mr. Unsworth and his lawyers have disputed that notion, arguing that Mr. Musk was actively trying to damage the explorer’s reputation. In an interview, Mr. Unsworth’s lawyer, L. Lin Wood, declined to say precisely how much his client was seeking in damages from Mr. Musk, but added, “We believe the evidence justifies a substantial award.”

Mr. Musk deleted the tweets in July 2018, explaining in a subsequent post that he had written them “in anger after Mr. Unsworth said several untruths & suggested I engage in a sexual act with the minisub.”

Still, Mr. Musk later paid a private investigator $50,000 to look into Mr. Unsworth’s background, and he also told a BuzzFeed News reporter that Mr. Unsworth was a “child rapist” who had married a 12-year-old — claims that Mr. Unsworth vehemently denies.

While the judge supervising the trial, Stephen Wilson, has said the BuzzFeed episode is not the subject of the case, the story has come up repeatedly as a potential window into how Mr. Musk understood the term “pedo guy.”

Jared Birchall, an employee of Mr. Musk who was responsible for overseeing the investigator, took the stand on Wednesday. When Mr. Unsworth’s lawyer asked him why Mr. Musk had hired the investigator if he never intended to label Mr. Unsworth a pedophile, the judge would not permit Mr. Birchall to answer.

But as ever, Mr. Musk has had plenty to say. On the stand this week, he lamented the chain of events that his tweets had set in motion. “It should’ve just been, ‘Here’s a rescue, and that’s great,’” he testified.

“I apologized,” he added. “And I apologize again.”