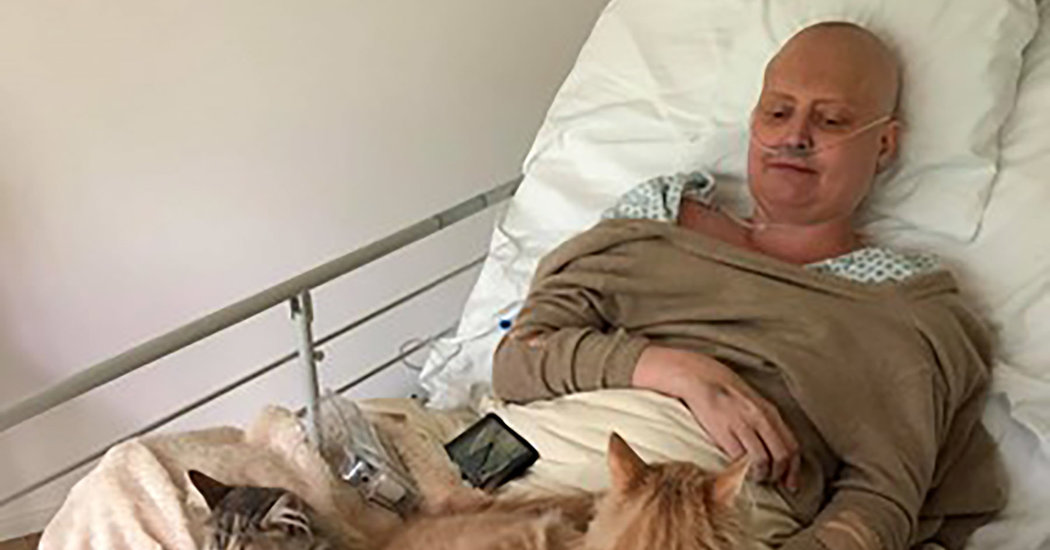 Three weeks after a British man told PayPal that his wife had died at 37 and that her credit account should be closed, he opened a letter from the company: Her death, it seemed, was in violation of the company’s contract rules.

“You are in breach of condition 15.4(c) of your agreement with PayPal Credit as we have received notice that you are deceased,” said the July 10 letter to the woman, Lindsay Durdle, who had died of breast cancer on May 31.

Her husband of nearly 10 years, Howard Durdle, 40, of Bucklebury, read the company’s list of potential consequences: shutting down her account, requiring repayment of more than $4,000 in debt, and even legal action.

In Britain, spouses are not automatically responsible for their deceased partners’ debts. Such debts must be paid through the estate of the person who died, including money or possessions. Mr. Durdle said his wife’s estate could not cover her debt.

PayPal said in a statement on Wednesday that it apologized “for the understandable distress this letter caused” and that it had “quickly performed a thorough investigation.”

“As soon as our teams became aware of this mistake, we contacted Mr. Durdle directly to offer our support, cleared the outstanding debt and closed down his wife’s account as he requested,” the company said. “We have also urgently reviewed the company’s internal processes and have made changes to ensure that an insensitive error of this nature never happens again.”

A PayPal spokesman declined to specify how such a letter was sent in the first place or what changes had been made since the episode. Mr. Durdle said a representative for the company told him by phone that the letter possibly stemmed from a software glitch, a poor letter template or a human mistake.

“I believe they want to fix that and make it good,” Mr. Durdle said.

The letter highlighted a continuing debate over how sensitive companies should be to the bereaved.

In 2014, OfficeMax faced criticism over its marketing after the father of a teenager killed in a car crash received a promotional mailer addressed to “Mike Seay/Daughter Killed in Car Crash/Or Current Business,” The New Yorker reported. The same year, Facebook came under scrutiny for its “Year in Review” feature, which showed a man pictures of his dead daughter, according to CNN.

Companies should think about how, when targeting potential customers, to better take into account unexpected personal tragedies like death, said Adam Galinsky, a professor at Columbia Business School. He called the PayPal letter an “egregious failure.”

“It can create a strong backlash against companies,” he said.

Robert Weissman, the president of the nonprofit group Public Citizen, which advocates consumer rights, said companies could continue to face public relations problems surrounding sensitivity as they increasingly use algorithms to dictate outreach and marketing.

“It would be a fair bet that the increasing reliance on them is going to lead to more mistakes,” he said.

Big banks already put an emphasis on sensitivity when trying to collect on debts owed by the deceased, said Manuel H. Newburger, a lawyer who teaches consumer law at the University of Texas at Austin. Banks often hire third-party companies that specialize in communicating to families, Mr. Newburger said, and while mishaps are rare, they have garnered the scrutiny of federal regulators.

“It’s too high profile, it’s too newsworthy,” he said. “I think that makes it hard for companies to get away with this without facing a lot of pushback.”

Mr. Durdle said he wanted companies like PayPal to do better.

“The reason I’m making the noise about it that I am is to try to draw some attention to it so that doesn’t happen again,” he said. “It can be hugely damaging for people who are trying to recover.”

Mr. Durdle, an information security executive, said he met his wife on Match.com in 2006, and they married three years later. They bonded over video games, often playing Xbox together. Mrs. Durdle, a strategy analyst for a water utility, first learned she had cancer more than a year and a half ago, but last summer, it seemed as if she had beaten the cancer back.

The two bought a home in Bucklebury, about 50 miles west of London, before the cancer returned.

Mr. Durdle said that his 40th birthday, at the end of June, was the date Mrs. Durdle had been “trying to hold out for.”

“She died just a month shy,” he said.