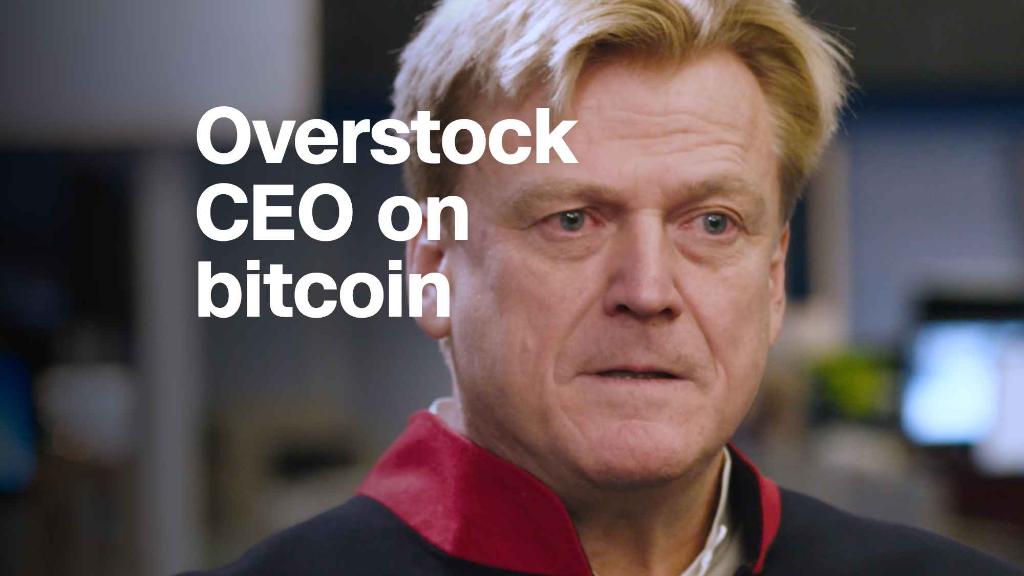 Overstock’s CEO wants to make a big splash in cryptocurrency.

Well, bigger than he already has.

Patrick Byrne, who runs Overstock.com (OSTBP), an online retailer that competes with Amazon (AMZN), is launching a $250 million Initial Coin Offering on December 18 to raise funds to reshape the business. That figure would just about match the largest ICO to date.

The company is one of the first retailers to accept bitcoin and will make the coin offering through its exchange, tZero. Its stock has tracked closely to bitcoin’s wild rise — Overstock’s stock rose 4-fold between July and December as bitcoin grew more than 7-fold.

So maybe it’s no surprise that Byrne is considering going in whole-cloth on cryptocurrencies.

Byrne told CNNMoney he wants to possibly sell off the retail business and focus on Overstock’s ownership of 10 blockchain companies — the technology behind cryptocurrency — through its venture capital subsidiary, Medici Ventures. He has also formed a joint venture with Peruvian economist Hernando de Soto called De Soto, Inc., a company that would use blockchain technology to form a property registry providing land rights to people in the developing world.

Overstock’s move comes at a time when the Securities and Exchange Commission is ramping up its scrutiny of the fast-growing, multi-billion dollar ICO industry. But that doesn’t worry Byrne.

“I’m actually quite supportive of the SEC cracking down,” said Byrne in an interview with CNNMoney. “The ICO craze this year has led to a lot of people being fleeced. There’s been a lot of people bringing coins public with no business plan.”

ICOs have raised a total of $4 billion in 2017, according to Autonomous Research, a financial research company in London. That’s compared to $226 million in 2016, and to $14 million in the year of their inception, 2014.

This one could be among the biggest crowdsales to use digital currency. A crowdsale is crowdfunding for ICOs.

“Overstock would be the largest existing company to launch an ICO to date,” said Garrick Hileman, a research fellow at the University of Cambridge who studies cryptocurrency.

Garrick said the biggest ICO was from Filecoin, a storage data network that raised about $250 million, also in September.

“Blockchain is going to change the world more, I think, than the internet has,” said Byrne, who believes that many people will gradually abandon government-backed currencies if more countries encounter currency failures like in Zimbabwe and Venezuela.

Digital currencies are far from universally accepted. Earlier this month, the SEC shut down one ICO and froze the assets of another, while warning investors about the lack of regulation and protection.

The top cryptocurrency, bitcoin, has been trading at stratospheric heights, recently peaking at more than $18,000 on some exchanges. Janet Yellen, chairwoman of the Federal Reserve, has called bitcoin “highly speculative.”

Related: Feds crack down on fraud as Bitcoin soars

Byrne said that he prefers a coin offering over a more traditional Wall Street stock offering.

“If a company is raising money you’d have to almost be nuts in this country to go public in the current market as it exists,” he said. “It’s so manipulative. It’s so distorted. There’s so many sharks swimming around in that water [that] have ways that play games with your stock.”

Byrne, who has a doctorate in philosophy, has been outspoken in his disdain for naked short sellers and other Wall Street “Sith Lords,” as he once called them, who he sees as unfair manipulators of his company’s share price.