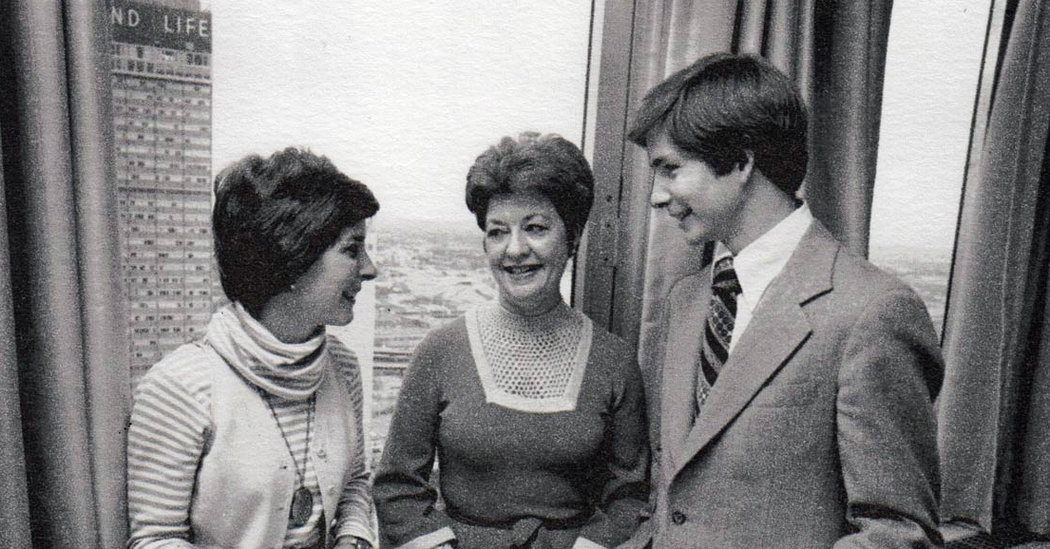 Since 1851, obituaries in The New York Times have been dominated by white men. With Overlooked, we’re adding the stories of remarkable people whose deaths went unreported in The Times.

Bette Nesmith Graham didn’t tell anyone about the first few bottles. She mixed the whitish concoction in her kitchen blender and poured it into nail polish containers. She hid the contraband in her desk, furtively applying it only when needed to avoid the scrutiny of a disapproving boss.

In due time, her mix would be in virtually every office desk and supply cabinet.

The substance was Liquid Paper, the correction fluid that relieved secretaries and writers around the world from the pressure of perfection.

Graham brought it to market and by the end of her life led an international business out of Dallas that produced 25 millions of bottles a year at its peak, with factories in Toronto and Brussels. She would sell the company for $47.5 million and donate millions to charity.

But in 1954, Graham was a divorcee and a single mother supporting herself and her son from paycheck to paycheck, earning $300 a month as a secretary for a Texas bank. She was a bad typist to boot. And then she was forced to use a new typewriter model which had sensitive key triggers and a carbon ribbon instead of a fabric one. The typos piled up, and when she tried to use an eraser, carbon ink would smear all over the page.

Graham was also an artist who observed that painters covered up mistakes not by erasing their work, but by painting over them.

So she snuck some fast-drying white tempera paint into work and concealed her typos with a watercolor brush. The new process was much faster and cleaner than an eraser and barely noticeable on the page. Soon the other secretaries wanted their own supply, and she found herself staying up late, filling bottles in her kitchen.

Bette Clair McMurray was born in Dallas on March 23, 1924. Her mother, Christine Duval, was an artist and a businesswoman who opened her own knitting store and taught Bette oil painting. Her father, Jesse McMurray, worked at an auto parts store.

Bette was passionate about painting and sculpting, if not particularly skilled. “When I found out that talent wouldn’t support me, then I realized that I would have to give that up,” she recalled in a 1980 interview for the Business Archives Project at North Texas State University.

She left school at 17 to become a secretary and married her high school sweetheart, Warren Nesmith, two years later. When Nesmith went off to fight in World War II, Bette was pregnant.

They divorced shortly after her husband returned, in 1946.

“She would often burst into tears of panic,” over money, her son, Michael Nesmith, one of the members of the rock group The Monkees, wrote in his autobiography, “Infinite Tuesday: An Autobiographical Riff” (2017).

Graham’s invention of correction fluid gave her a glimpse of a way out and she tried to form the Mistake Out Company but couldn’t afford the $400 copyright fee. She moved forward anyway, poring over books in the public library to study formulas for tempera paint, and working with a chemistry teacher to improve the consistency of her product.

“Our lab is working on a faster drying solution,” Graham wrote to one customer; the “lab” being her kitchen and her blender.

Every evening, she returned home from work to tinker with the formula, write letters to potential buyers and send samples.

“During that time, I often became discouraged,” she told the magazine Texas Woman in 1979. “I wanted the product to be absolutely perfect before I distributed it, and it seemed to take so long for that to happen.”

She solicited wholesalers and traveled from Dallas to San Antonio and Houston on weekends to market her product.

Her first employees were her teenage son and his friends. For a dollar an hour, they worked out of her garage, using ketchup bottles to squeeze the substance into small nail polish bottles, applying labels by hand and cutting the tips of the brushes inside the caps at an angle.

Graham became so devoted to her venture that she accidentally signed a letter at her job with “The Mistake Out Company.” She was promptly fired, giving her a chance to become a full-time small business owner in 1958. That year she applied for a patent and changed the name to the Liquid Paper Company.

Graham’s product began to catch on. She was written about in an office supply magazine, had a meeting with I.B.M. and received a large order from General Electric.

Each new breakthrough required more employees and more space. She moved her operation from her kitchen to a trailer, then to a four-room house and finally to shiny new headquarters in downtown Dallas. In 1968, she opened an automated plant. By 1975, Liquid Paper was producing 25 million bottles a year and holding the lion’s share of a multimillion dollar market that had spawned several competitors, like Wite-Out.

Bette Graham was now wealthy, with fabulous jewelry and a Rolls Royce. She established two foundations, the Gihon Foundation and the Bette Clair McMurray Foundation, which gave grants and financial support to promote women in the arts and in business, respectively.

But her power and capital came with setbacks. In 1962, Graham married a frozen food salesman, Robert Graham, who took an increasingly active role in the company, including a seat on the board. In 1975 they had an acrimonious divorce.

The bitterness remained, and Robert Graham led a group of executives in barring her from any company decisions.

“They wouldn’t let me come on the premises or let anyone there have anything to do with me,” Bette Graham said. To add insult to injury they attempted to change the very makeup of Liquid Paper, thus removing her right to royalties from the formula she had whipped up in her kitchen.

Amid the power struggle, and despite declining health, Graham managed to wrest control of the company and engineer its sale to Gillette for $47.5 million in a deal that restored her royalties. She died six months later, on May 12, 1980, of complications from a stroke. She was 56.

She left her fortune to her son, who took over her foundations and continued to dole out money to striving women.

“Most men are ignorant. They don’t really understand,” she said in 1977 in an interview with the Business Archives Project. “And so women have to just keep on with their determination and be relentless. We have to not relent.”