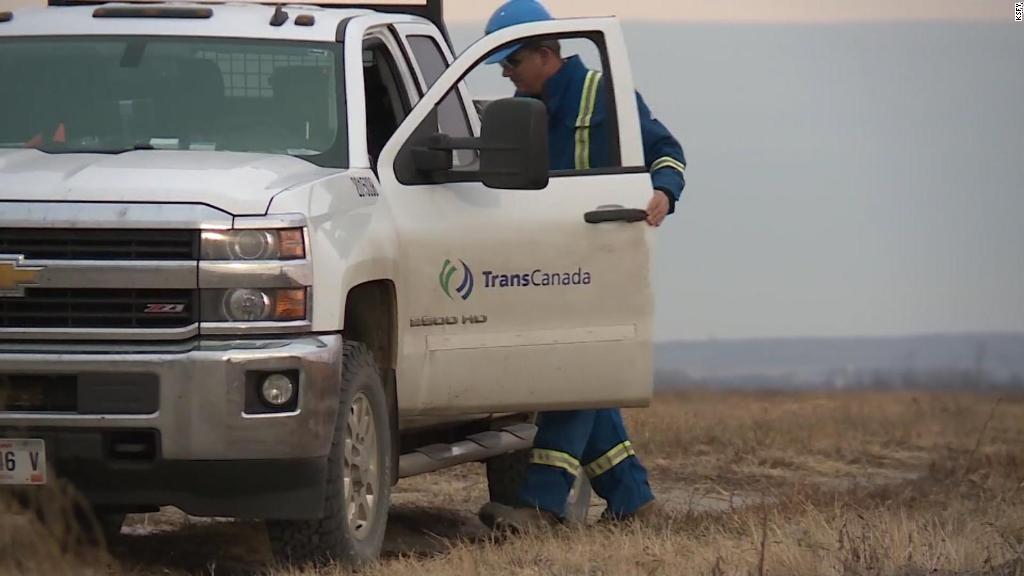 The shutdown of the Keystone pipeline following an oil spill has lifted crude oil prices to levels not seen in two and a half years.

Crude has been on the rise for much of the fall, but last week’s leak and shutdown of the pipeline have raised concerns about this vital source of supply.

About 5,000 barrels of oil, or roughly 210,000 gallons, spilled in South Dakota after the leak last Thursday. The pipeline is a key artery that carries crude into the United States from the oil sands of Alberta.

“There are few other ways to move barrels from Canada into the U.S.,” said Michael Tran, director of global energy strategy at RBC Capital Markets.

Keystone, which is run by TransCanada, can carry 590,000 barrels of oil each day. The pipeline provides about one-fifth of Canadian pipeline imports into the United States, according to the energy research firm Genscape.

Crude is only up 8% so far this year, but it’s accelerated recently, advancing six of the past seven weeks.

The key question for the oil market is how long the pipeline will be offline. TransCanada (TRP) has told some customers it will cut deliveries by 85% or more through the end of November, according to Reuters.

TransCanada declined to comment on the report, but said in a statement that it’s working with regulators to determine a date to restart the pipeline.

It’s not the first leak for the Keystone oil pipeline in South Dakota. In April 2016, part of the pipeline was shut for three days after the release of about 400 barrels. The cleanup took about two months.

Despite this week’s rally, crude oil prices remain modest compared with the $100 prices of three years ago. For American drivers heading into this holiday travel weekend, this means gas prices remain affordable — though they are higher than last Thanksgiving.

The average gallon of gas fetched $2.53 on Wednesday, compared with about $2.13 a year ago, according to AAA.

Crude crashed to as low as $26 a barrel early last year because of a glut in supply, caused mostly by U.S. fracking during the shale revolution.

OPEC, the Saudi-led oil cartel, has been forced to slash production in an attempt to rebalance supply and demand. OPEC is expected to announce an extension of these production cuts next week.

Wiping out the oil glut has taken longer than many expected, especially in the United States, where higher prices have only encouraged shale companies to start drilling away.

Tran, the RBC analyst, said the shutdown of the Keystone pipeline may accelerate the drawdown of excess oil stockpiles in the United States.

“We’re in the very late stages of this global rebalancing act. The U.S. is the last place to rebalance,” said Tran.

–CNN’s Mayra Cuevas and Steve Almasy contributed to this report.