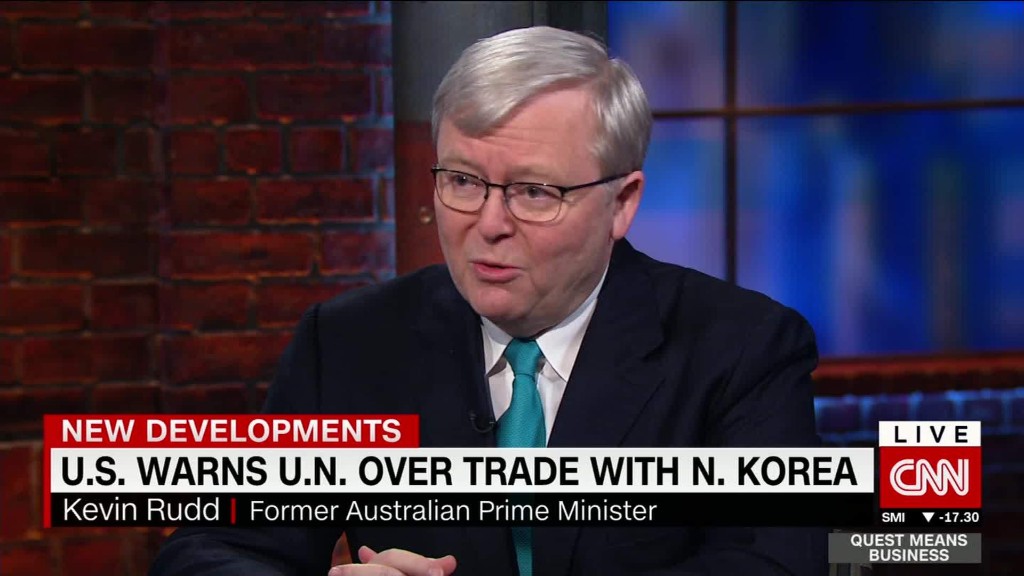 North Korea’s economy grew at its fastest pace since 1999 last year. That boom may already be turning to bust.

The isolated state does not publish its own growth figures. But South Korea has been compiling annual GDP estimates of its neighbor since 1991.

The latest data — released on Friday by the Bank of Korea — show that the North Korean economy grew 3.9% in 2016, driven by farming, mining and manufacturing. International trade grew by nearly 5% to $6.5 billion.

“Sanctions were not very effective last year as there was a big loophole in [them],” a senior official at the Korea Trade-Investment Promotion Agency told CNNMoney. “North Korea was still allowed to export coal… on the condition that it is intended for the people’s well being.”

“Coal doesn’t come with a tag stating whether it is for the livelihood of its people or for missiles,” added the South Korean official, who asked to remain anonymous.

Kim Jong Un’s regime is hugely dependent on its production and exports of coal.

China is now squeezing North Korea harder, falling into line with tougher United Nations sanctions under pressure from President Trump. Chinese imports of North Korean coal fell by 75% in the first half of this year, according to Chinese government data released last week. That could slam the brakes on growth in 2017.

“We may see a significant drop in North Korea’s trade this year,” the South Korean trade official said.

Related: China is trading more with North Korea but buying much less coal

Shin Seung-cheol, a senior official at the Bank of Korea, said the North Korean economy bounced back last year from a crippling drought and severe electricity shortages in 2015.

But it was unlikely to be able to sustain that momentum.

“It is unlikely for North Korea to continue to have such high economic growth because its economic structure is still very fragile,” Shin said.

To make matters worse, the country may be heading for another prolonged dry spell — a report from the United Nations this week said it could experience its worst drought since 2001 this year.

Despite strong growth last year, North Korea remains one of the poorest countries in the world with an estimated per capita income of just $1,300 a year.

— Taehoon Lee in Seoul contributed to this article.