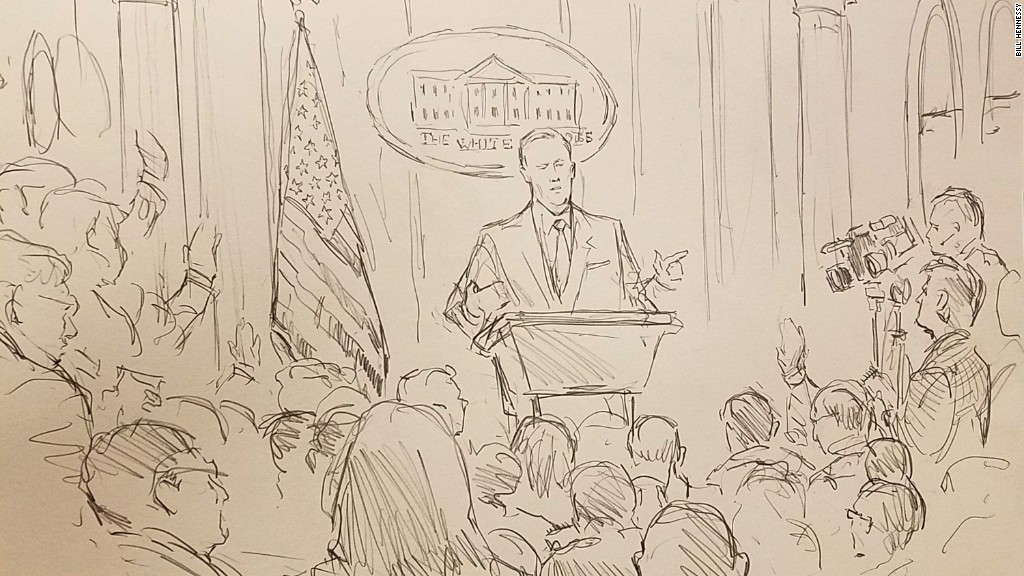 The president of Russia did it. So did the leaders of Britain, France, Germany, Canada, Turkey and Spain. Not President Trump.

The heads of state of at least a half dozen nations took reporters’ questions at the conclusion of the G20 meeting in Hamburg, Germany on Saturday. Trump, however, did not hold a press conference.

The president’s unwillingness to take questions from reporters is part of an undeniable pattern during his first six months in office.

President Trump has continued the anti-journalism rhetoric that marked his campaign for office. And he has assiduously avoided questions from the White House press corps.

During Trump’s first trip abroad in May — a nine-day excursion — he didn’t hold a single press conference. Back home, administration press officials have battled with reporters and Trump has limited himself largely to TV interviews and to brief Q&As during appearances with world leaders.

Trump did take questions from reporters on Thursday, during a stop in Warsaw, Poland, before the G20 summit started. He used the opportunity to publicly bash American journalists.

For a sitting U.S. president, that was an eyebrow-raising move. Trump’s predecessors have typically used their trips overseas to showcase U.S. government priorities and policies.

The G20 conference was Trump’s most high-profile appearance on the world stage since becoming president. It included his first sitdown meeting with Russian President Vladimir Putin.

Trump will NOT hold a press conference at the conclusion of the G20 summit in Germany, reports @abbydphillip , a break in the US tradition.

Trump-Xi meeting is over. Trump is preparing to leave G20 summit soon, without holding a press conference like Putin and many leaders did.

POTUS about to leave #G20 without holding full news conference. Merkel, Putin and others took questions at end of summit. But not Trump.

President Putin holding press conference at end of G20 summit here in Hamburg. President Trump not expected to have one today. pic.twitter.com/zoPBvQKIME