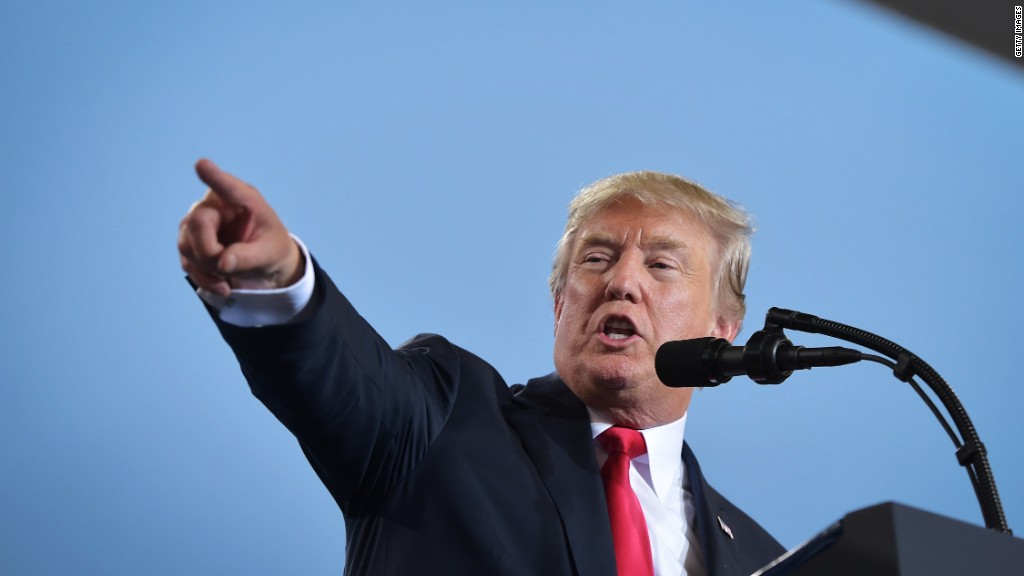 No, Mr. President, a stock market rally does not reduce the national debt.

President Trump falsely claimed Wednesday that, “in one sense,” the stock market rally since his election reduces the $20 trillion national debt.

Let’s break down his astonishing claim.

“The country — we took it over, it owed $20 trillion,” Trump Sean Hannity of Fox News in Pennsylvania.

So far, so good. It’s correct that the U.S. owed nearly $20 trillion when Trump took office.

Also, more or less accurate — $9 trillion to be exact.

“And yet, we picked up $5.2 trillion just in the stock market. Possibly picked up the whole thing in terms of the first nine months in terms of value. So, you can say in one sense we’re really increasing values; and maybe in a sense we’re reducing debt.”

Huh? To say this is a head-scratcher is an understatement.

Related: Bull market is 103 months old. Trump owns 11 of them

Trump is right that the stock market has added trillions in value since his election.

But higher stock prices reflect corporate profits. Shareholders and investors reap the rewards. When investors get richer, it does not reduce the amount of money Congress and the federal government has already spent and owes.

The national debt, which he correctly states is $20 trillion, is the result of the government spending more than it takes in. To cut the debt, Congress has to spend less or raise taxes. That would free up cash to pay down what the U.S. owes.

“The stock market’s gains have virtually nothing to do with the size of the national debt, which continues to rise because government spending far exceeds government receipts,” political economist Greg Valliere told CNNMoney.

“A higher stock market encourages consumers and companies to spend more, which helps the overall economy,” said Valliere of Horizon Investments. “But it’s absurd to contend that the national debt has fallen because of this.”

In fact, the president wants to cut taxes and potentially add to the debt if spending cuts cannot be found to offset those tax cuts.

The White House did not immediately comment for this article.

As for that stock market rally, the Standard and Poor’s 500 is up nearly 20% since his election — an impressive rally. No question investors cheer this president’s pro-business, anti-regulation, lower taxes agenda. But under the Obama Administration that same index rose 235%. And no, that stock market rally did not reduce or offset the national debt either.