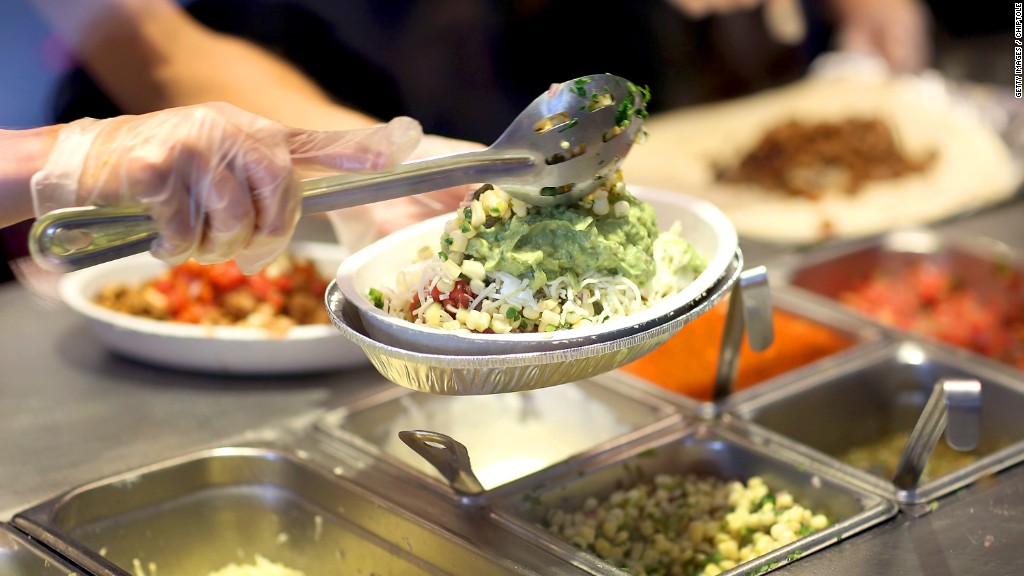 Shares of Chipotle (CMG) tumbled 6% Tuesday — making it the worst performer in the S&P 500 — after it said in a regulatory filing that operating costs in the second quarter would be higher than originally expected and potentially up from the first quarter as well.

Chipotle said specifically that an increase in marketing and promotional expenses was the main reason for the higher costs.

But Chipotle, which launched a major national ad campaign earlier this year, must feel it needs to get the word out to convince any customers still skeptical about food safety that it’s okay to go back and eat burrito bowls and sofritas.

Sales plunged in late 2015 after the E.coli outbreak was first reported — and sales continued to fall as more and more illnesses throughout the U.S. were linked to the chain. The CDC ultimately found that 60 people in 14 states wound up getting sick.

But the increase in marketing is working — even if it is proving to have a bit of a negative impact on profits.

Chipotle reiterated in its filing with the Securities and Exchange Commission that it still expects same-store sales (which measures the performance of restaurants open at least a year) to rise in the high single digits for the full year.

And shares of Chipotle are up nearly 15% so far in 2017 — despite the big drop on Tuesday.

Still, a recent surge in avocado prices due to concerns about a shortage in Mexico could be another problem for the company as well.

For now, Chipotle still thinks that food costs will account for a little more than 34% of its sales in the second quarter — the same as what it told Wall Street in April. But avocado prices have shot up in recent months.

That could put pressure on the company to raise prices for guacamole, which, of course, is one of its key menu items. (Chipotle, to its credit, has resisted the urge to jump on the Millennial-fueled avocado toast train.)

An increase in guac prices could potentially alienate customers who may still be skittish about Chipotle to begin with after the E.coli outbreak. But if Chipotle doesn’t raise prices to deal with rising commodity costs, that may lead to another drop in profits.

So Chipotle could be in a bind for the rest of the year.

It can’t afford to cut back on its TV commercials since it still needs to woo back former customers who have yet to return. And it may have to eat those higher avocado costs too because a big price hike won’t help its reputation either.