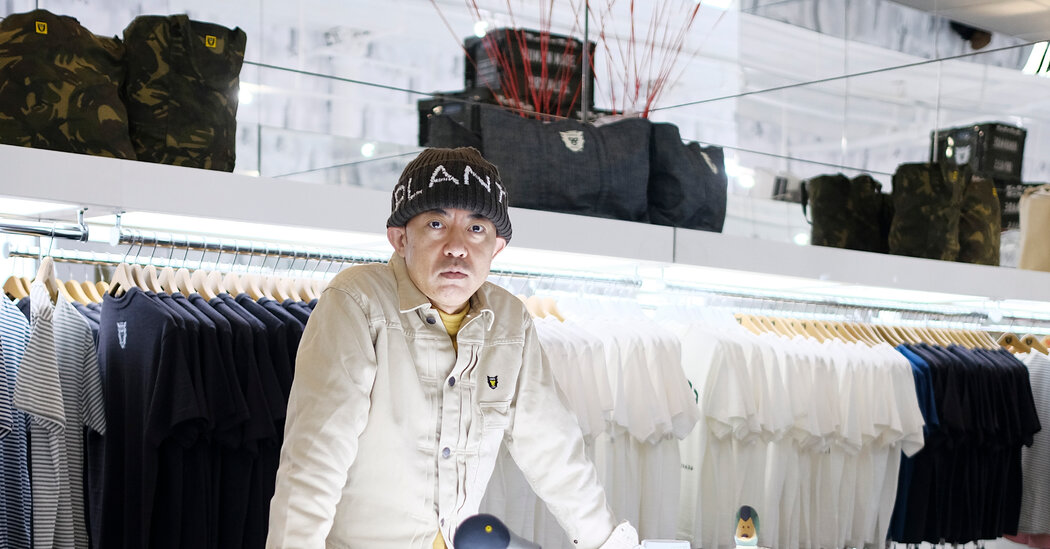 For the first time since the designer Kenzo Takada resigned from his namesake label Kenzo in 1999, a Japanese designer will once again run the Paris-based brand known for its multicultural ethos and energy. Nigo, one of the first of the streetwear superstars and an in-demand collaborator with multiple brands great and good, was named artistic director of the house on Wednesday by LVMH Moët Hennessy Louis Vuitton, Kenzo’s parent company.

The announcement followed the June departure of Felipe Oliveira Baptista, after just two years at the brand’s artistic helm, and Mr. Takada’s death from Covid-19 complications in 2020. It was part of a spree of activity by LVMH, which named a new designer at Pucci this month and recently became a minority investor in the former Celine designer Phoebe Philo’s long-awaited solo label, and signals the group’s increased sensitivity toward the power of hypebeast culture.

Nigo, who like Kenzo’s founder uses just one name, is best known for his brand A Bathing Ape, or Bape. He opened his first T-shirt shop in Japan in 1993, and his camouflage pattern helped vault him to streetwear fame: Before the lines appeared outside Supreme in New York, they formed in Tokyo outside Bape.

In a news release, Nigo pointed out that not only had he entered fashion the same year LVMH acquired Kenzo, but he was born in 1970, “the year that Takada Kenzo san opened his first store in Paris. We both graduated from the same fashion school in Tokyo.”

And like Kenzo, Nigo added, he has a view of creativity rooted in “understanding of many different cultures.” Taking over the brand, he said, will be the “greatest challenge of my 30-year career.”

Nigo started a new brand called Human Made in 2010, and in 2011 sold 90 percent of his Bape shares to the Hong Kong fashion conglomerate I.T., leaving the brand officially in 2013. Later he joined Uniqlo as creative director of the UT Collection.

His longtime practice of partnerships and capsule collaborations — founding Billionaire Boys Club and Icecream with Pharrell Williams, collaborating with Adidas, Coca-Cola, Mac Cosmetics, Kanye West and Kaws — gradually brought him into the fold of another avid collaborator: Virgil Abloh.

Indeed, Mr. Abloh told Vogue that Nigo was “among the first real mentors I had in fashion.” Little wonder that in late 2019, as Mr. Abloh settled into his role as artistic director of men’s wear at Louis Vuitton, he chose Nigo as his first official collaborator. Together they made large checkerboard-pattern tailored suits, and added a melting motif to clashing logo-plastered bags. LVMH executives took note.

That was when Kenzo was still being designed by Mr. Baptiste, who emphasized sustainable fabrics and a subdued aesthetic. (His predecessors, Carol Lim and Humberto Leon, the taste-making founders of the boutique Opening Ceremony who ran Kenzo from 2011 to 2019, had brought contemporary pricing and a more streetwear vibe to the brand.)

Now, Sidney Toledano, LVMH Fashion Group chairman and chief executive, said in a statement, “The arrival of an extremely talented Japanese designer will allow us to write a new page in the history of the house that Takada Kenzo founded.”

Nigo is to start at Kenzo on Monday, one week before Paris Fashion Week begins.