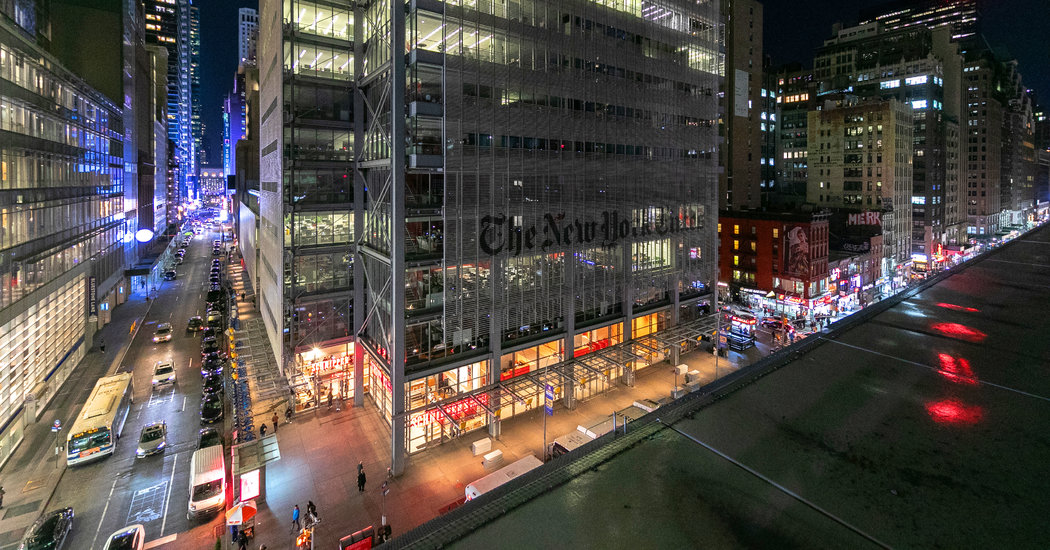 The New York Times said on Tuesday that it would relocate its Hong Kong-based digital news operation to Seoul, South Korea, a significant shift by an American news organization as China has stepped up its efforts to impede the affairs of the Asian metropolis.

Hong Kong, a former British colony, has served for decades as an Asian headquarters for English-language news outlets drawn to the city’s openness to foreign companies, proximity to the Chinese mainland and rich tradition of a freewheeling press.

But a sweeping national security law passed by China in June — aimed at stymieing opposition and pro-democracy forces in Hong Kong — has unsettled news organizations and created uncertainty about the city’s prospects as a hub for journalism in Asia.

Some Times employees in Hong Kong have faced challenges securing work permits, hurdles that are commonplace in China but were rarely an issue in the former colony. With the city facing a new era under tightened Chinese rule, Times editors determined they needed an additional base of operations in the region.

“China’s sweeping new national security law in Hong Kong has created a lot of uncertainty about what the new rules will mean to our operation and our journalism,” editors and executives at The Times who oversee the paper’s international coverage and operations wrote in a memo to staff on Tuesday. “We feel it is prudent to make contingency plans and begin to diversify our editing staff around the region.”

Besides serving as a base for reporters and editors covering Asia, The Times’s Hong Kong bureau became an integral part of the newspaper’s 24/7 digital operation in recent years. Editors there oversee The Times’s online report when staff members in New York and London, the paper’s other two global headquarters, are signed off.

The Times said it would move that digital team of journalists — roughly one-third of its Hong Kong staff — to Seoul over the course of the next year. Correspondents will remain based in Hong Kong to cover the city and region. “We have every intention of maintaining and even increasing our coverage of the city’s transformation, as well as using it as a window on China,” the memo said.

Hong Kong also houses the print production team for The International New York Times, the paper’s European and Asian edition, and those staff members will remain. Advertising and marketing staff are also expected to stay.

Western businesses, including banks, technology firms and major news organizations, have weighed their presence in Hong Kong as China has moved to consolidate power in the former colony. There is concern over the ease of obtaining future work permits, a quality that made Hong Kong particularly desirable to foreign companies.

Some journalists also worry that Beijing will crack down on activism and speech in ways more akin to how the news media is treated on the Chinese mainland. The United States and China have been engaged in a diplomatic standoff over media organizations since February, when China expelled three reporters for The Wall Street Journal.

“Hong Kong has been a leader in supporting the rights of a free press in Asia for decades, and it is essential that it continues to do so,” a Times spokeswoman, Ari Isaacman Bevacqua, said in a statement on Tuesday.

With the full impact of China’s new security law still unclear, some outlets say they are staying put for now. Bloomberg News and CNN, both of which maintain large teams in Hong Kong, have no current plans to leave the city, according to people familiar with internal discussions.

The Times, in seeking a suitable location outside Hong Kong, considered Bangkok, Seoul, Singapore and Tokyo. South Korea proved attractive, among other reasons, for its friendliness to foreign business, independent press, and its central role in several major Asian news stories.

In the memo on Tuesday, leaders at The Times said they would “remain deeply invested in Hong Kong — as a focus of our journalism and as a place to do business.”

But the uncertainties, they wrote, required action. “Any disruption to the operation has the potential to undermine our journalism, which is now more important than ever,” the memo said.