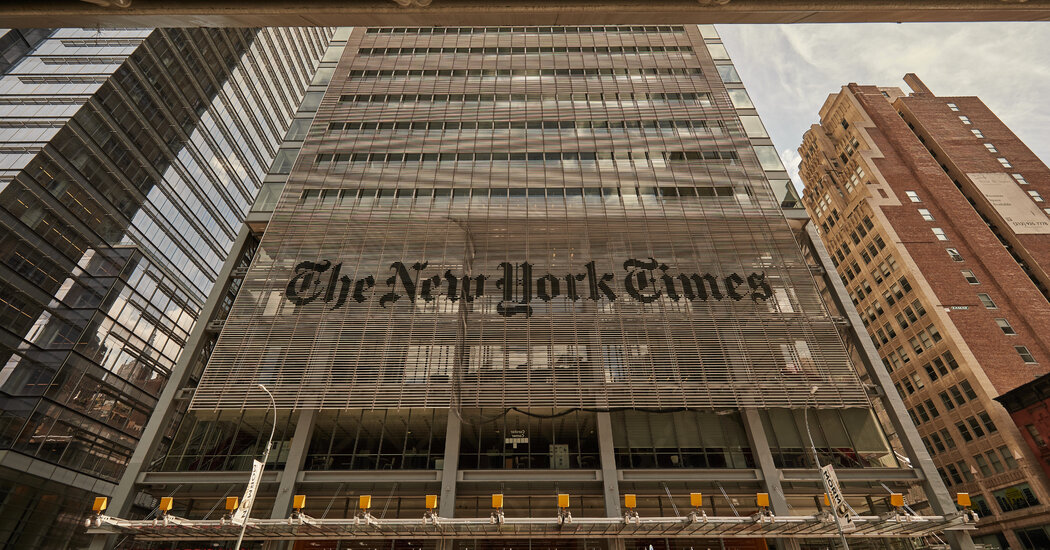 Top executives at The New York Times said in a note to the staff on Wednesday that they were committed to bringing about fundamental changes to the company’s workplace culture in an effort to make the newsroom and other Times divisions more diverse and inclusive.

The note, from the publisher A. G. Sulzberger, the chief executive Meredith Kopit Levien and the executive editor Dean Baquet, was distributed to staff members as an introduction to a report on diversity and inclusion at the paper that was based on interviews with more than 400 Times employees over an eight-month period.

While it noted some progress in recent years, the report was often highly critical. It said: “After several months of interviews and analysis, we have arrived at a stark conclusion: The Times is a difficult environment for many of our colleagues, from a wide range of backgrounds.”

“Our current culture and systems are not enabling our work force to thrive and do its best work,” the report continued. “This is true across many types of difference: race, gender identity, sexual orientation, ability, socioeconomic background, ideological viewpoints and more. But it is particularly true for people of color, many of whom described unsettling and sometimes painful day-to-day workplace experiences.”

The report was prepared by a team led by Amber Guild, president of the company’s T Brand Studios; Carolyn Ryan, a deputy managing editor; and Anand Venkatesan, a senior vice president. It was commissioned in June, weeks into the nationwide protests against racism and police violence that led many news media organizations to question their own practices.

In their note on Wednesday, Mr. Sulzberger, Ms. Levien and Mr. Baquet said the report found that some progress had been made, but there was much more to be done. They pledged to build “a more diverse, equitable and inclusive New York Times — one that reflects our unchanging mission, our growing business ambitions and our aspirations for the kind of company we intend to be.”

They called the planned changes “sweeping,” likening them to the shift the paper made in recent years when it transformed itself into a digital-first news operation.

The report said that many employees of color had gone though “unsettling and sometimes painful day-to-day workplace experiences,” and noted that Black and Latino people were underrepresented in leadership roles.

“Black colleagues who are not in leadership positions leave the company at a higher rate than white colleagues,” the report said. “Black employees, and Black women in particular, rated the company lower across nearly all categories of our 2020 employee survey, with the lowest scores around fairness and inclusion.”

Asian-American women said they were often “invisible and unseen — to the point of being regularly called by the name of a different colleague of the same race, something other people of color described as well,” the report said.

The report laid out a plan of action to address the problems in the Times workplace, including setting clear expectations for employee behavior; providing new training programs for managers; creating a new diversity, equity and inclusion office; and expanding the journalism fellowship program.

It also said The Times had committed to increasing the number of Black and Latino employees in leadership roles. A Times spokeswoman said that figure was now 9 percent of the company’s total work force with a goal of 13.5 percent by the end of 2025.

The report concluded: “Diversity is not in tension with our journalistic mission: Instead, it helps us find the truth and more fully understand the world. Diversity is also not in tension with our commitment to independence: We will continue to cover the world without fear or favor and portray the world as it is, not as we wish it to be. Making the Times experience better for colleagues of color will make The Times better for everyone.”