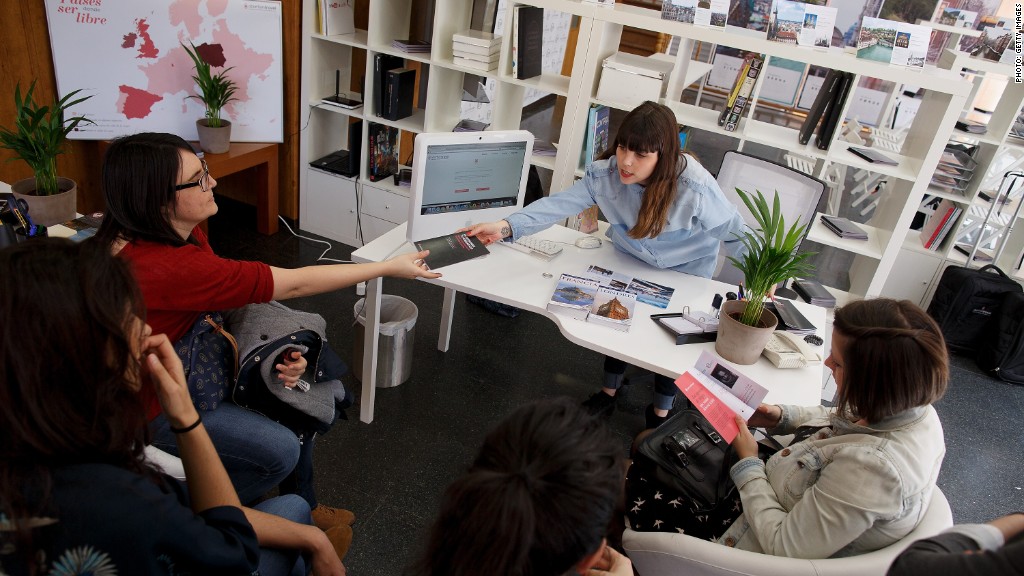 Seattle wanted to help workers when it voted in 2014 to gradually hike its minimum wage to $15 an hour.

But a controversial new study out Monday shows that the wage hike may be hurting workers instead.

Researchers at the University of Washington, who were commissioned by the city, found that when wages went up to $13 in 2016, low-wage workers saw their hours drop by 9%.

Workers ultimately made $125 less each month, on average, the report found.

“For every $1 worth of increased wages, we are seeing $3 worth of lost employment opportunities,” said Jacob Vigdor, one of the study’s authors.

The current minimum wage in Seattle is between $11 and $15 per hour, depending on the size of the business and the benefits it offers. All employers will be required to pay at least $15 per hour in 2021.

The Washington report has been making waves in large part because it undercuts the sunny headlines drawn from a University of California, Berkeley paper released last week.

The two studies come to different conclusions, but don’t necessarily contradict one another.

The study from Washington looks at low-wage workers in Seattle across all segments of the economy, while the Berkeley report looks only at Seattle’s low-wage restaurant employees.

It found that wages in Seattle’s food services sector have increased and employment hasn’t been affected since the minimum wage ordinance went into effect in 2015.

“[We found that] the policy is working in the way it was intended,” Berkeley author Sylvia Allegretto said.

Related: It’s been 10 years since Congress raised the minimum wage

Another key difference between the studies: The Washington team had access to a key set of information: the number of hours low-wage workers have logged since the policy went live.

That data was only made available to the University of Washington team through an agreement with the state government. The city of Seattle is funding 15% of the study.

“Our study does something they can’t do, and arrives at a very different answer,” Vigdor said.

But liberal groups are criticizing the Washington study’s methodology.

“There is a large body of research that shows that modest increases in the minimum wage boost wages for low income workers without causing job loss, and nothing in the UW study suggests we should revise those conclusions,” the Economic Policy Institute’s Ben Zipperer said in a statement.

Seattle locals have their own take on how the $15 wage is working out.

Crystal Johnson, a 36-year-old Domino’s worker and single mother of three, says she can pay the bills now without working 55 hours or more per week.

Related: Do you work overtime? Here’s what you need to know

Molly Moon, who runs eight ice cream shops in the greater Seattle area and has about 200 employees, has been a longtime booster of the policy.

She said the minimum wage increase takes extra administrative work, but she hasn’t had to cut back anyone’s hours.

Things have been harder on Joe Fugere, the owner and founder of Tutta Bella Neapolitan Pizzeria. He runs five restaurants — three are within city limits — and also manages 200 employees.

Fugere says he’s always supported a $15 minimum wage, and still does. But an array of new regulations have collectively been tough on his business.

One example, he said, is a scheduling ordinance set to go into effect in July. It mandates that bosses must give workers their schedules two weeks in advance — and requires them pay up if hours change.

“One piece of legislation after another, in a very progressive city, can add up,” Fugere said.

He loves his city, but said he’s hesitant to expands his operation there.

“If I were to open another restaurant today, I would not open it in Seattle,” Fugere said. “In fact, I’m looking elsewhere.”