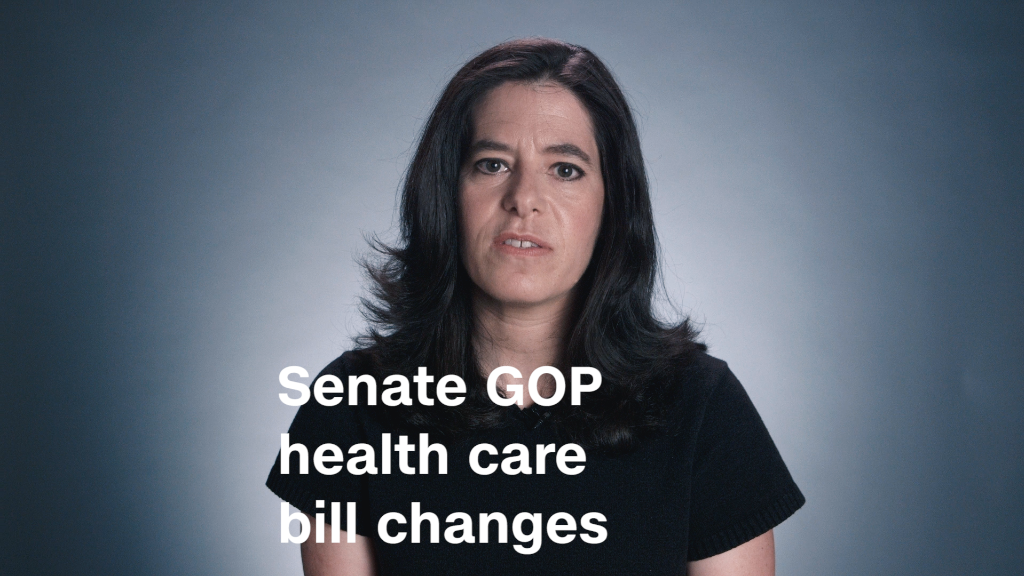 Bare bones health insurance plans may be a good deal for those who aren’t sick. But they don’t do much for Americans with pre-existing conditions.

The Senate revised its health care plan this week in hopes of mollifying lawmakers worried that the legislation would hurt their constituents. But the main change — a version of the Consumer Freedom Option promoted by Texas Senator Ted Cruz — would likely cause more problems for those who are sick. Plus, the update did not soften the spending cuts the bill has in store for Medicaid.

The Cruz amendment would allow insurers offering Obamacare plans on the exchanges to also offer policies that don’t adhere to the law’s rules, including the popular provisions that protect those with pre-existing conditions.

So in these other policies, insurers could turn down applicants or charge them higher premiums based on their medical histories. Carriers could offer bare-bones policies that don’t offer Obamacare’s 10 essential health benefits, including maternity, prescription drug and mental health. And these plans could come with high deductibles or financial limits on coverage since insurers wouldn’t have to adhere to the Obamacare rules that curtail how much enrollees have to pay out-of-pocket.

These skimpier plans would likely have lower premiums and would attract healthy folks who don’t need — or want to pay for — comprehensive Obamacare coverage. However, that would leave all the sick people in the Obamacare plans, likely causing their premiums to skyrocket.

Many on the exchanges would be shielded from the rate hikes because they receive federal subsidies, but that would leave the government and taxpayers bearing the burden of the higher premiums. Meanwhile, those who earn too much to qualify for subsidies could be priced out of the market.

Insurers, who have largely stayed on the sideline in the health care debate, voiced strong opposition to the amendment, saying it would destabilize the individual market. Two major lobbying groups said Friday that it would make coverage unaffordable for those who are sick.

“It is simply unworkable in any form and would undermine protections for those with pre-existing medical conditions, increase premiums and lead to widespread terminations of coverage for people currently enrolled in the individual market,” America’s Health Insurance Plans and the BlueCross BlueShield Association wrote in a joint letter to Senate Majority Leader Mitch McConnell and Democratic Leader Charles Schumer.

One insurance industry executive told CNNMoney that Obamacare doesn’t have enough healthy enrollees in it now, which is one reason why premiums have risen steeply since the exchanges opened in 2014. The Cruz amendment would worsen the situation, the executive said.

The Senate plan provides an additional $70 billion in funding to states to stabilize the market and lower premiums for high-cost enrollees, bringing the total to $182 billion. But insurers said it would not be enough.

“We also firmly believe that the dedicated funding included in the bill to address the cost of plans that cover people with pre-existing medical conditions is insufficient and additional funding will not make the provision workable for consumers or taxpayers,” the lobbying groups said in their letter.

Also, the updated health care bill keeps the deep cuts to federal support for Medicaid, which covers more than 70 million low-income Americans. It would end the enhanced funding for Medicaid expansion by 2024 and provide a fixed amount of federal money for the overall program in the form of a per-capita cap or a block grant.

All told, the legislation would reduce Medicaid spending by $772 billion by 2026, leaving 15 million fewer people covered by the program, according to the non-partisan Congressional Budget Office.

These changes have concerned moderate Republican lawmakers and governors, as well as health care providers and consumer advocates. They fear that cash-strapped states will be forced to curtail enrollment, limit benefits or reduce provider payments.

“Medicaid’s problem is not that it’s too expensive or growing too fast,” said Meg Murray, CEO of the Association for Community Affiliated Plans, which represents non-profit insurers that cover Medicaid participants. “There are a lot of people with great needs in this country.”

Many lawmakers say they are waiting for the CBO’s analysis of the updated bill early next week before they decide whether to support it. The legislation’s fate will then depend on whether McConnell can rustle 52 votes in favor of it.