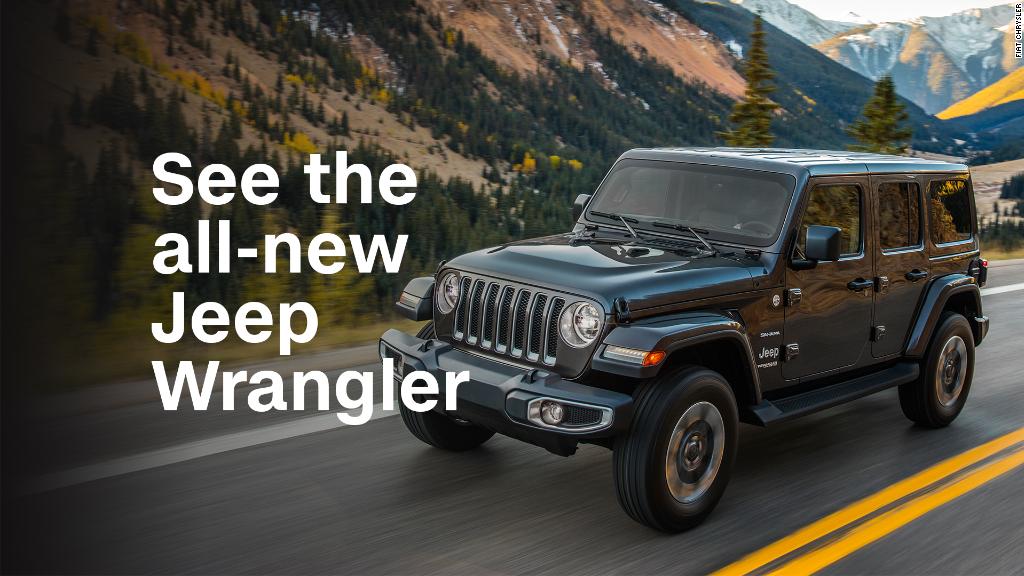 The Jeep Wrangler is as traditional as a Thanksgiving dinner. That means you can’t really change it too much or people get really upset.

So don’t be too surprised when you look at the all-new, completely redesigned 2018 Jeep Wrangler and find yourself wondering where the changes are. But there actually is a lot that’s new under that body that still looks like a grizzled World War II veteran.

First, it will be available as a mild hybrid with a four-cylinder engine. To some, a hybrid Wrangler might seem as weird as tofu turkey, but, parent company Fiat Chrysler (FCAU) insists, the battery-boosted system will give this Wrangler more pulling power than you’ll get from the V6 engine, plus excellent fuel economy. As a mild hybrid, it won’t ever run electric power alone, but batteries will provide some extra push to assist the gasoline engine when starting off and under heavy strain. Official fuel economy figures have yet to be revealed.

The V6 engine will still be available and, for the first time on the Wrangler in the United States, so will a diesel engine option.

On the outside, most changes would not be apparent to anyone who isn’t a Wrangler fan. The most notable are probably the new vents just behind the front wheels. Also, the outside slots on the new seven-slot grill bend in around the headlights, a design reminiscent of classic Jeep CJs from decades ago. There are also hood vents in some versions and a fairly large bulge in the hood. Beyond that, the taillights are clearly different, and, overall, it has a slightly fleshier look.

The Wrangler, a small or mid-sized off-road SUV, traces its roots straight to the four-wheel-drive World War II vehicle known, colloquially, as a Jeep. Today, it’s the flagship model for Fiat Chrysler’s most valuable brand. The value of the Jeep brand is demonstrated by the number of corporate owners it has passed through. Each automaker that has made Jeeps has been absorbed by or merged with some other automaker, and, through each change, the Jeep brand has survived. Today, it is widely considered the strongest brand in FCA’s stable and one of the strongest brand names, of any kind, in the world.

Besides carrying the brand’s heritage, the Wrangler is also Jeep’s second-most-popular model. This is despite the fact that other Jeep models, such as the Compass and Cherokee, offer a far more comfortable ride, more practical cargo space and better fuel economy.

With all its improvements, the new Wrangler probably still won’t excel in most of the ordinary automotive virtues. (The Wrangler reliably ranks at or near the bottom in Consumer Reports’ vehicle test scores even as at does well in the magazine’s owner satisfaction surveys.) But it may be better. While there are no big changes to the suspension, it has been re-tuned for better on-road ride quality, FCA says. But there are also options to allow for more wheel movement in very uneven off-road terrain.

The interior has been redesigned, too, of course, for nicer looks and more convenience. One feature you won’t see on other vehicles: The doors have been redesigned to make them even easier to remove, and so has the windshield, to make it easier to fold down.

The Wrangler does break with one auto industry tradition: Instead of going on sale many months after it was revealed the new Wrangler will be available in dealerships in January. Pricing has not been announced.