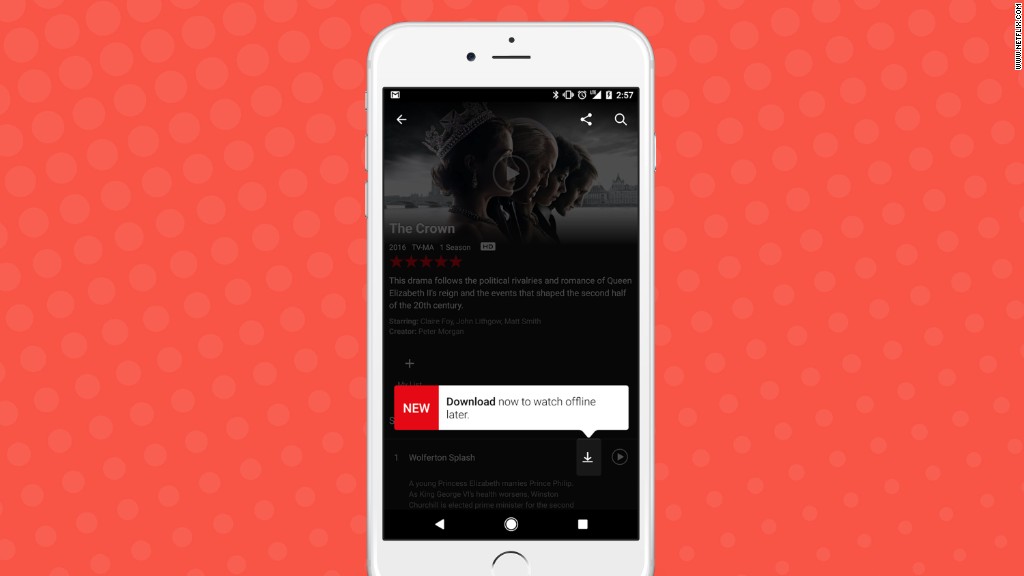 The company said Monday that it will spend as much as $8 billion on shows and movies in 2018, up from $6 billion earmarked for content this year.

The boost in spending comes at a time when tech giants like Apple (AAPL, Tech30), Amazon (AMZN, Tech30) and Facebook (FB, Tech30) are all using their sizable checkbooks to hunt for original shows and movies.

“We have a good head start, but our job is to improve Netflix (NFLX, Tech30) as rapidly as possible … to stay ahead of the competition in the decades to come,” the company said in its earnings release Monday.

Netflix’s big bet on original content has helped it acquire and retain customers even as it seeks to raise prices and faces pushback from media partners.

Related: Netflix wants to make it easier to binge-watch on planes

The company added more than 5 million new members in the third quarter, with the vast majority of them coming from international markets. It now has 109 million subscribers, up from 86 million in the same quarter a year ago.

Earlier this month, Netflix announced plans to raise prices on its standard and premium streaming subscription services. The change, set to go into effect later this year, will push the monthly cost of its most popular plan from $9.99 to $10.99.

Meanwhile, Netflix faces the threat of media companies removing content from its service. In August, Disney (DIS) said it would pull its movies from Netflix and launch its own streaming service.

Netflix has doubled down on comedy with the recent release of a Jerry Seinfeld special. Mindhunter, a new series from director David Fincher, just came out. And the second season of Stranger Things, Netflix’s breakout show, is scheduled to be released this month.

Investor confidence in Netflix remains high. The stock topped $200 for the first time last week, and was up about 2% in after hours trading Monday following the earnings report