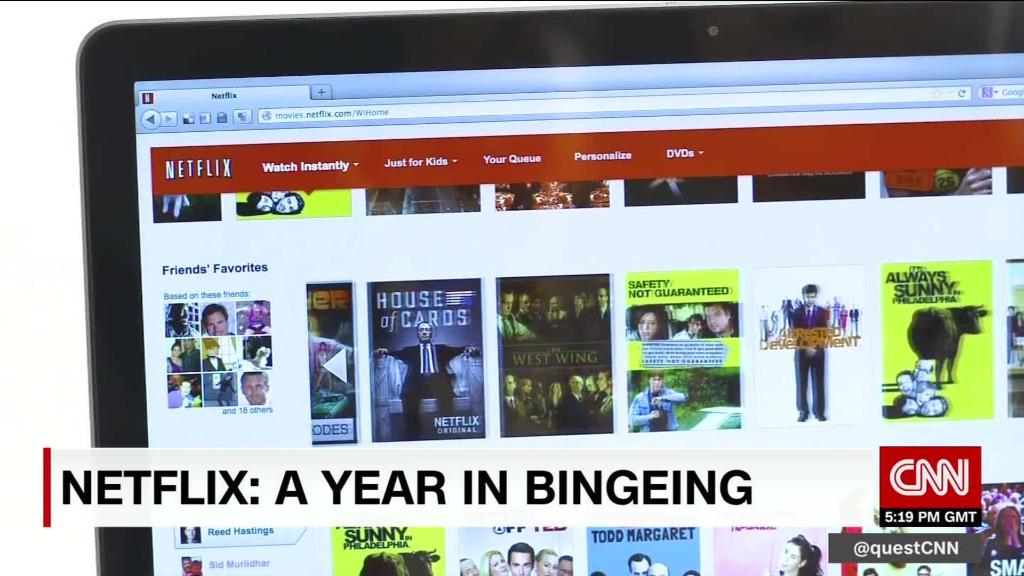 Netflix is home to a lot more than “Stranger Things” and “House of Cards.”

The company is spending $8 billion on original shows and movies this year, and expects to have about 700 programs available for customers.

An increasingly important part of that lineup: foreign-language features.

Wells said Netflix will have about 80 foreign-language productions this year as it focuses on how the platform — which has about 118 million subscribers — can appeal to global audiences.

Building on its worldwide reach has become a big part of Netflix’s business. It’s an advantage the company has over rival services like Hulu.

Just this week, Netflix announced that it is bolstering its programming efforts in the Middle East with a new original series. The supernatural thriller is called “Jinn,” and will be Netflix’s first original series in Arabic when it debuts next year.

The company’s first Danish original series, a post-apocalyptic show called “The Rain,” is also on the way.

Netflix (NFLX) already has a stable of overseas programs at its disposal. And it isn’t just marketing them to an audience that only speaks the local language.

There’s the German-language show “Dark,” a Netflix original that premiered late last year. Viewers who don’t speak German can watch a dubbed or subtitled version in English, French, Spanish and other languages.

Netflix also airs the Spanish “La Casa de Papel,” a show about a group of thieves who plan a massive robbery. That one got its own English-language title.

“You might tweak a few things, like calling it ‘Money Heist’ in the U.S.,” Wells said. “But ultimately, the show quality is high, and that’s what people care about.”

“We had this assumption in our brains, this kind of believed fact, that people only wanted content in their own native language in this country,” Greenfield said. “I think what Netflix has proven over the last year is that subtitles, in many ways, have been a way of life overseas for a lot of content.”

Americans are often accustomed to remakes of foreign shows — the popular Showtime series “Homeland” was based on an Israeli drama called “Prisoners of War,” while ABC’s recent hit “The Good Doctor” took its influence from a South Korean series of the same name.

Even Netflix’s first original series, “House of Cards,” was an adaptation of a British drama.

But Greenfield said Netflix’s most recent strategy proves that worldwide audiences, including American ones, are willing to watch the original. And it’s a lot less expensive to broadcast that initial version in lieu of casting, scripting and shooting a brand new one.